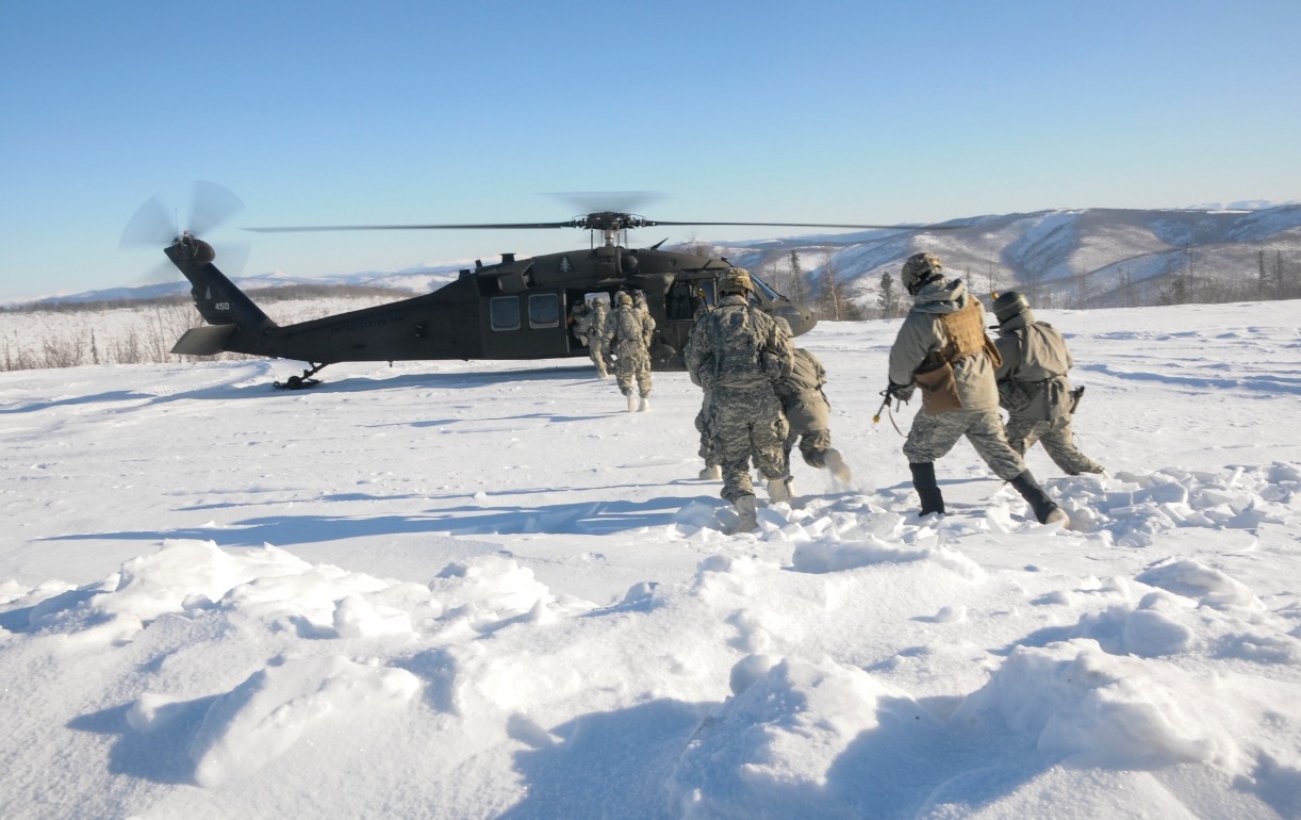 Given the concerning pace of melting ice identified by Arctic and climate experts, the Pentagon is concerned.

Here's What You Need To Remember: As water warms, and ice melts, new waterways open up within the Arctic, creating new strategic options for many countries now increasing their interest in exerting influence from or within the Arctic.

While surely nobody wishes to open small arms fire in the vicinity of polar bears and penguins, many militaries around the world are massively increasing training and preparations for warfare in the Arctic.

It has been, and continues to be, a highly prioritized focus for the Pentagon which has in recent years stepped up Arctic training and studies and re-written, revised and added Arctic combat strategy documents.  Not surprisingly, U.S. Marine Corps units recently finished up an ambitious Arctic combat training operation with the Norwegian military called Exercise Reindeer II. The Marines forward-deployed forces along with Norway’s Brigade North to improve interoperability and refine collaborative cold-weather warfare tactics.

“For the Marines and Sailors, they have learned how to survive, thrive, and fight in the beginning of the arctic winter,” Lt. Col. Ryan Gordinier, commander of 3rd Battalion, 6th Marine Regiment, noted in a Marine Corps report.

In January 2021, the 3rd Battalion, 6th Marine Regiment will return to Norway as part of MRF-E to conduct a follow-on deployment consisting of approximately one thousand Marines and Sailors, according to the report.

A U.S.-Norwegian Arctic combat alliance could be of great significance regarding the Pentagon’s interest in countering Russia’s visible and well-known Arctic advances. Russia not only owns a large number of icebreakers but operates along the Northern Sea Route, a series of water passageways bordering Russia and the Arctic.

Russia has built military bases in the Arctic and also conducted a large number of patrol and training operations in the region, a series of maneuvers which has only increased U.S. preparations for greatly stepped up Arctic activity to counterbalance the strategic influence.

The U.S. Navy has, for instance, updated its Arctic Road Map and called for new levels of scientific and technological inquiry into the prospect of engineering weather-resilient weapons systems. The Office of Naval Research (ONR) and other service entities have been looking intently at ways to create weapons, sensors and ship hulls able to function effectively at extremely dangerous temperatures.

The ONR has also been immersed in using networked undersea drones to study the Arctic water column for the purpose of better understanding temperature fluctuations and their impact upon military operations.

All of this has been increasing in urgency for the Pentagon in recent years, given the concerning pace of melting ice identified by Arctic and climate experts. It had been thought that the U.S. military would need to operate much more extensively in the Arctic by the 2030s, however, the pace at which new waterways are opening up due to warming waters and melting ice has generated a need for the U.S. Navy to massively move-up its plans to operate much more significantly in the region. As water warms, and ice melts, new waterways open up within the Arctic, creating new strategic options for many countries now increasing their interest in exerting influence from or within the Arctic.