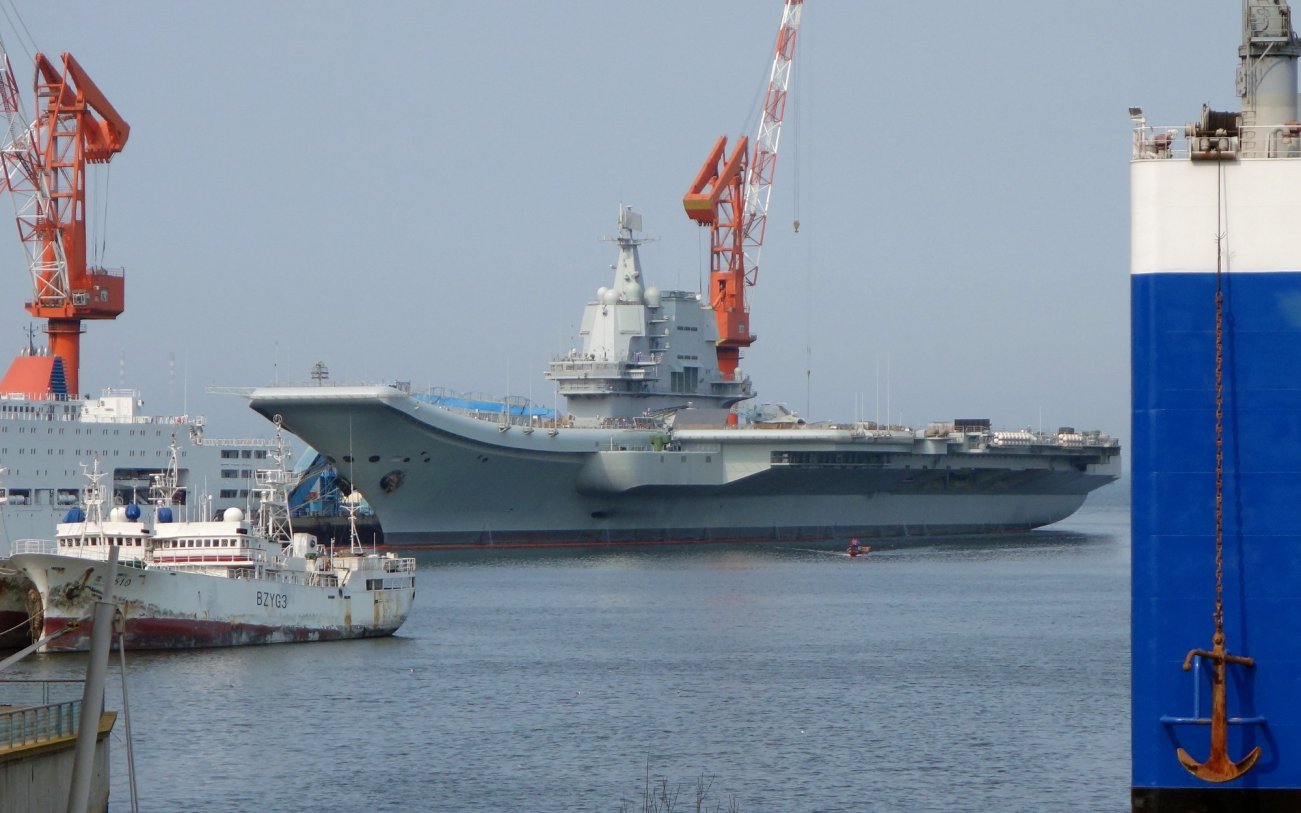 What good is an aircraft carrier without carrier-trained pilots?

Here's What You Need to Remember: The fact that China is looking for a specialized training jet is evidence that Beijing’s carrier plans are maturing. A single aircraft carrier, like Russia has, is a novelty. But China may build four or more carriers, which will require infrastructure and equipment such as carrier training jets.

What good is an aircraft carrier without carrier-trained pilots?

For the U.S. Navy, that’s no big deal. For nearly a century, it has been teaching fledgling aviators how to land on a little floating airfield on a dark night in the middle of the ocean. But for China’s navy, it’s a different story. The aircraft of the People’s Liberation Army Navy Air Force have been almost a totally land-based force, as befits a navy that only got its first carrier—a decrepit ex-Soviet model—a few years ago.

But China’s second carrier—an indigenously produced one—has just joined the fleet, and more carriers are on the way. This means there’s a need to train many more naval aviators—and find the right aircraft to train them.

China is modifying its JL-9 Mountain Eagle trainer for carrier training, according to Chinese state-controlled media. The supersonic, two-seat JL-9 has been used by the Chinese air force and navy since 2014 to train pilots for operating advanced jets such as the Su-27, Su-30MKK and J-10 fighters. It is descended from the earlier JJ-7, itself descended from the Soviet MiG-21 fighter. The JL-9 is also exported as the FTC-200G light attack aircraft.

“Multiple promotional materials released by JL-9's developer, Guizhou Aviation Industry Corporation under the state-owned Aviation Industry Corporation of China (AVIC), involved the JL-9 and an aircraft carrier operating together in edited pictures, leading to speculation that the JL-9 could eventually be modified into a carrier-based jet trainer,” reported China’s Global Times.

“Having been already delivered to the Chinese Navy, the naval version of the JL-9 is now training aircraft carrier jet pilots on land-based airfields, but China still does not have an aircraft carrier-based trainer aircraft that can take off and land on an actual carrier,” Global Times noted.

While carrier- and land-based jets are broadly similar—which is why the U.S. Air Force and Navy can fly tailored versions of the F-35 fighter—carrier planes do have specific requirements, such as more robust landing gear for abrupt touchdowns on flight decks. The Mountain Eagle might require substantial modifications to its airframe and engine, Chinese media noted.

Chinese media also took care to point out that the JL-9 might have competition for carrier training. “A powerful competitor to the single-engined JL-9 Mountain Eagle is the twin-engined JL-10 Falcon, which has a more advanced avionics system and better aerodynamic performance,” Global Times said. “But the JL-10 advanced trainer jet, developed by AVIC Hongdu Aviation Industry Group, is more expensive.”

The U.S. Navy and Marine Corps trainer since 1991 is the T-45 Goshawk, a carrier-capable variant of the popular 1970s British Hawk trainer. It’s a small, subsonic jet with two seats and a single-engine.

The fact that China is looking for a specialized training jet is evidence that Beijing’s carrier plans are maturing. A single aircraft carrier, like Russia has, is a novelty. But China may build four or more carriers, which will require infrastructure and equipment such as carrier training jets.

Michael Peck is a contributing writer for the National Interest. He can be found on Twitter, Facebook, or on his website. This article first appeared last April and is being republished due to reader interest.