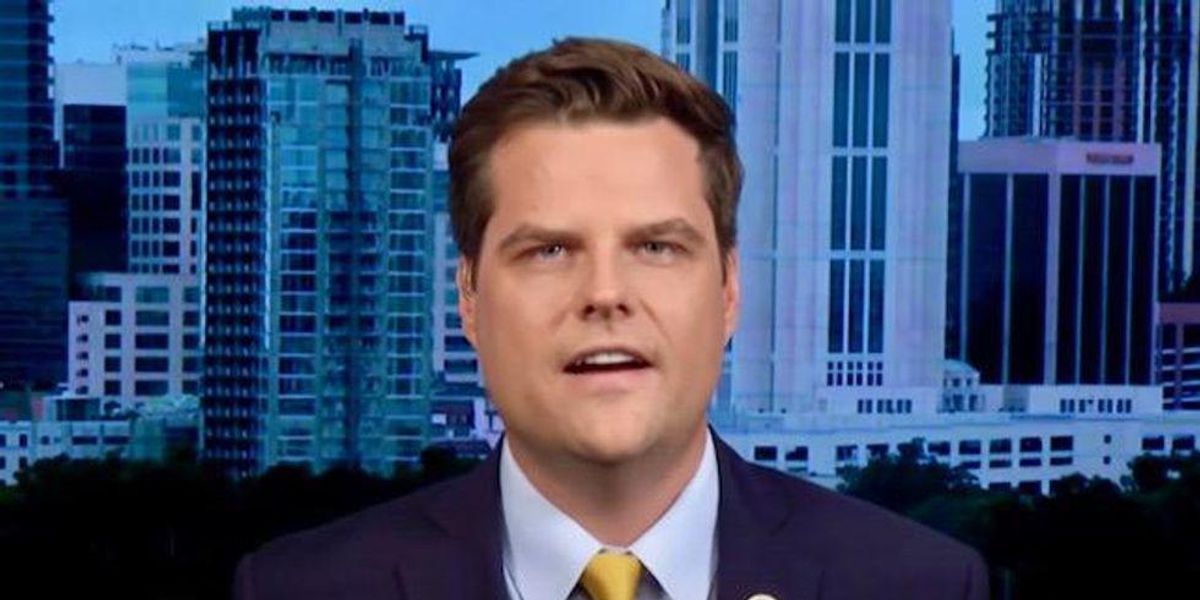 Florida Republican Congressman Matt Gaetz suggested Wednesday that he plans to seek the GOP presidential nomination in 2024 if Donald Trump opts not to run —despite a pending investigation into whether Gaetz sex-trafficked a minor and had sex with a 17-year-old.


“I support Donald Trump for president. I've directly encouraged him to run and he gives me every indication he will," Gaetz reportedly told the New York Post in a text message. “If Trump doesn't run, I'm sure I could defeat whatever remains of Joe Biden by 2024."

Gaetz has not been charged and has denied any wrongdoing. According to the Post, he wants to run for president to provide cover for another one of his BFFs, Florida Gov. Ron DeSantis. who is considered as a frontrunner for the GOP nomination if Trump doesn't run.

A source familiar with Gaetz's thinking told the Post, “He [DeSantis] might like someone else on the debate stage who can torch his opponents and lay down ground cover for him."

However, Gaetz's presence in the race could also raise questions about their relationship, such as whether DeSantis knew about the congressman's alleged involvement in crimes committed by Greenberg.

Ron Be Gone, a group working to unseat DeSantis in 2022, released a video last month focused on the governor's friendship relationship with Gaetz, which was also the subject of a recent Politico piece.

Denmark vs Finland set to restart at 19:30 (UK time) despite Eriksen collapse