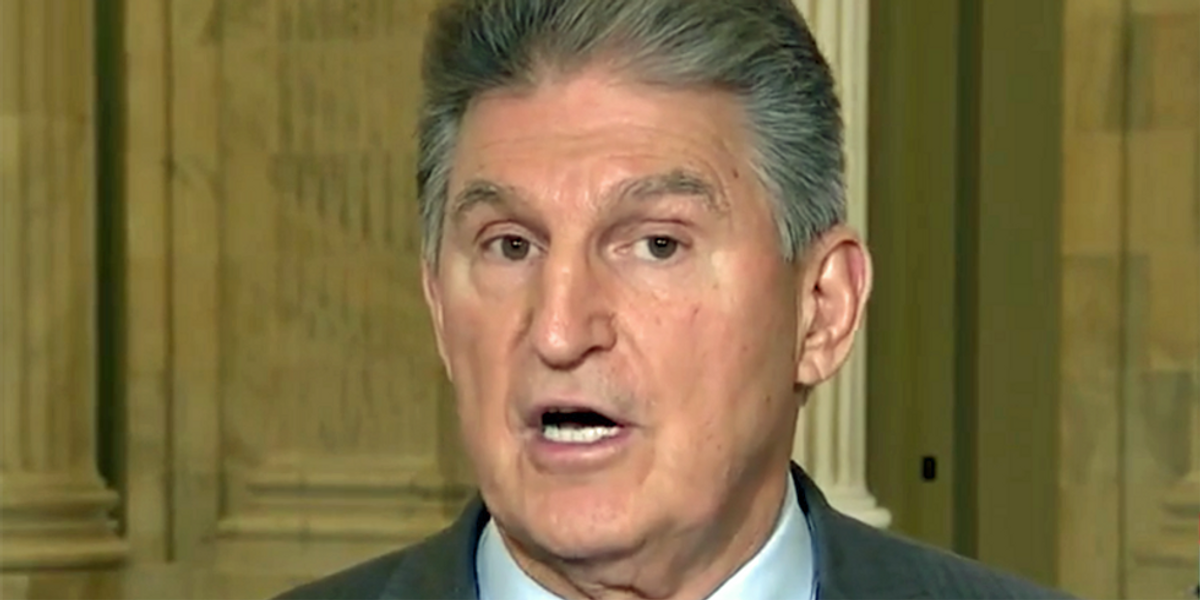 Sen. Joe Manchin (D-WV) on Thursday condemned Senate Republicans for refusing to support a bipartisan bill to establish an independent investigation of the January 6th riots at the United States Capitol building.

"There is no excuse for any Republican to vote against this commission since Democrats have agreed to everything they asked for," Manchin said, referring to the bipartisan bill that passed with 35 GOP votes in the House of Representatives. "Mitch McConnell has made this his political position, thinking it will help his 2022 elections. They do not believe the truth will set you free, so they continued to live in fear."

Many of Manchin's Twitter followers, however, were quick to point out that Manchin could end Republican obstruction right now if he would reconsider his vow to preserve the legislative filibuster.

Check out some responses below.

@Sen_JoeManchin As long as you support the filibuster, senator, you're helping Republicans block this commission an… https://t.co/KmboikWjSH

@cburfeind3 @Sen_JoeManchin and make them spend the whole time talking about why they are blocking the relevant leg… https://t.co/kBzot7XzGY

@Sen_JoeManchin Senator, you act surprised. None of us are surprised. This is who @LeaderMcConnell is. It's who the… https://t.co/Kgm1CCWeAw

@Sen_JoeManchin Looks like Joe is finally waking up to what we're dealing with. Imagine what would be possible if h… https://t.co/VQvSH28hZf

@SaveDemocracy16 @Sen_JoeManchin Be "very disappointed," frown at the camera, then run away and hide until the next news cycle

@Sen_JoeManchin This has a very “Susan Collins is concerned” feeling to it. I sure hope they’ve “learned their lesson.” Weak.

@Sen_JoeManchin If only you had the political power to do something about their filibuster….

@Sen_JoeManchin WHAT ARE YOU GOING TO DO ABOUT IT

The Tim Tebow mania seems to have died down in Jacksonville

Dick Stolley, journalist who got Zapruder film of JFK assassination, dead at 92