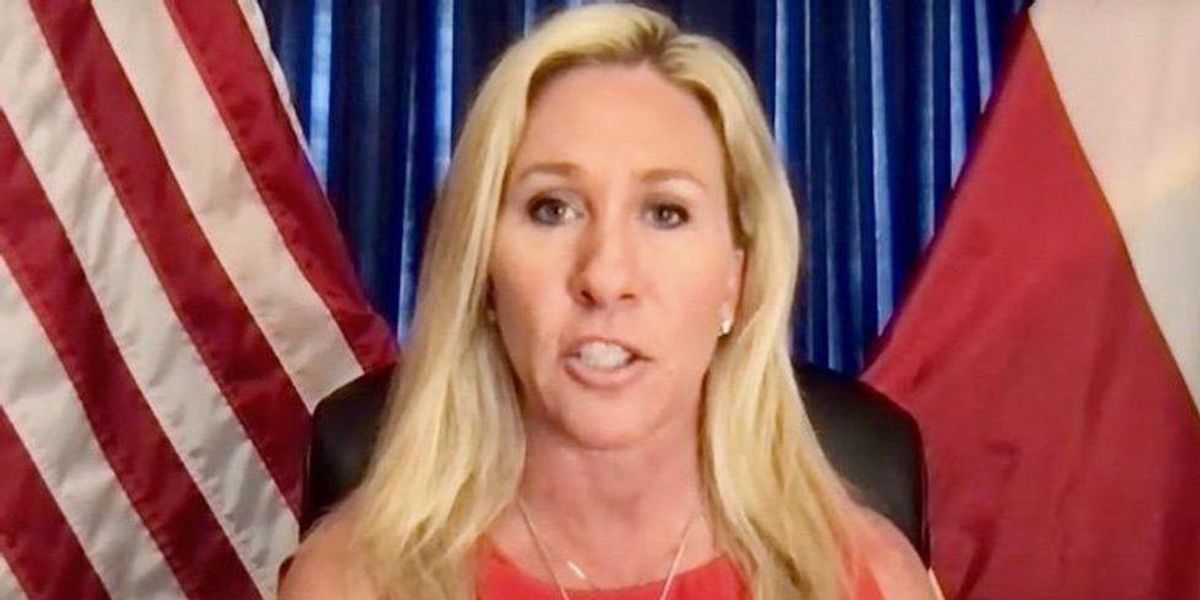 On Wednesday, May 26, Rep. Marjorie Taylor Greene (R-Ga.)appeared on Newsmax with Greg Kelly where she weighed in on House Minority Leader Kevin McCarthy's (R) condemnation of her controversial Holocaust remarks.

Although Greene has a deep disdain for the beliefs of Democratic lawmakers, she noted the difference between McCarthy and House Speaker Nancy Pelosi (D-Calif.).

"You have to have respect for Nancy Pelosi, in that she never allows attacks on her own," Greene told Kelly. "And she defends them even when they sleep with Chinese spies when they attack Israel when they stand with Hamas terrorism."

She continued, "And Kevin McCarthy never had to say a word. He could have said, 'You know, you should ask Marjorie about her words and ask her what she has to say.' That would have been the right answer for him. So it's unfortunate that he took this route, and he didn't even text me or call me, which is really a shame."

The Republican lawmaker went on to suggest her remarks may have been taken out of context as she said, "None of them called me and asked me what I meant by what I had said."

Greene's reaction comes just days after McCarthy publicly criticized her on Twitter. On Tuesday, May 25, he tweeted, "Marjorie is wrong, and her intentional decision to compare the horrors of the Holocaust with wearing masks is appalling."

He added, "Let me be clear: the House Republican Conference condemns this language."

Following McCarthy's statement, he was also scrutinized by Pelosi. In her statement, she highlighted his delayed reaction and ongoing failure to distance the party from Greene and her rhetoric.

"Leader McCarthy waited days to even issue a statement in response to one of his Members demeaning the Holocaust, and he clearly intends to continue to welcome Marjorie Taylor Greene in the GOP and shield her from any real consequence or accountability for her antisemitism," the statement said. "Leader McCarthy's silence has spoken volumes about his allegiance to the most extreme elements of the GOP Conference."

BREAKING EXCLUSIVE: ‘Corporate Affiliates’ Donating to Two US Election Related Non-Profits Indicate the Corruption in the US Election Environment – Where Did the Money Go?

A business ethicist explains why billionaires like Elon Musk and Jeff Bezos shouldn't use tax avoidance strategies, even if it's legal