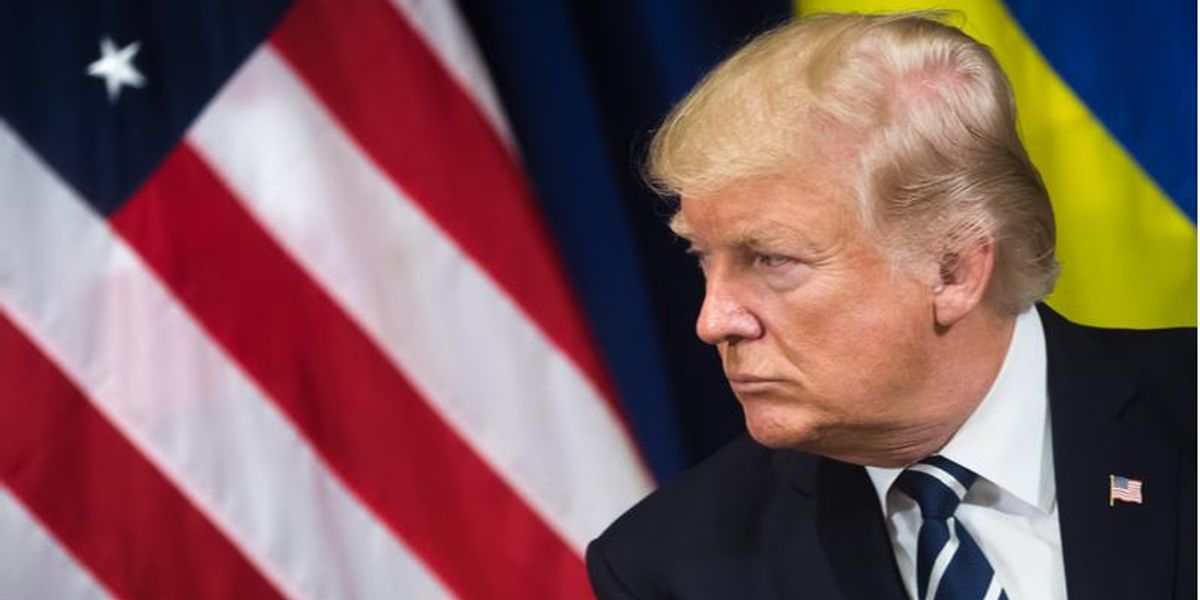 The Trump Organization's chief financial officer, Allen Weisselberg, has been identified as a key figure in the criminal and civil investigations of Donald Trump's businesses. He's also being investigated for tax fraud himself. Now, according to Mother Jones, a court document filed earlier this month ties Weisselberg to yet another Trump financial scandal, namely the Trump inauguration case.

"In 2020, Karl Racine, the AG in the nation's capital, filed a lawsuit against Trump's inauguration committee and the Trump Organization, asserting that the inauguration committee, a nonprofit corporation, misused charitable funds to enrich the Trump family," Mother Jones' David Corn writes. "The complaint, as the attorney general put it in a statement, accuses the Presidential Inauguration Committee (known as the PIC) of coordinating 'with the Trump family to grossly overpay for event space in the Trump International Hotel.'"

According to Racine, as news reports about the PIC's finances were blowing up in 2017, the PIC reached out to Weisselberg to oversee its own internal audit. Weisselberg later exchanged several emails with Heather Martin, the PIC's budget director. In one of these emails, he asked why there was a $1.6 million difference between the committee's revenues and donations.

The Mother Jones reports cites depositions taken in Racine's lawsuits where lawyers repeatedly questioned witnesses about Weisselberg. Ivanka Trump was asked, "Do you have any idea why the Trump Organization would be asking for revenue data from the PIC?" She replied, "I do not." Donald Trump Jr. was asked the same question, where he replied, "I don't."

"The Trump Organization is the parent company that controls the operations and finances of the Trump Hotel, so why would Allen Weisselberg, its CFO, be asked to participate in the audit pertaining to the finances of the PIC?" asks Winston Wolkoff, who is now a lead cooperating witness in Racine's lawsuit. "That is especially true when those finances involve the questionable payments to the Trump Hotel that I questioned at the time. This seems highly unusual, and it's a matter that the various investigators should be seriously examining."

Read the full report over at Mother Jones.

GOP Rep. Byron Donalds says that he's being blocked from joining the Congressional Black Caucus because of his conservative views