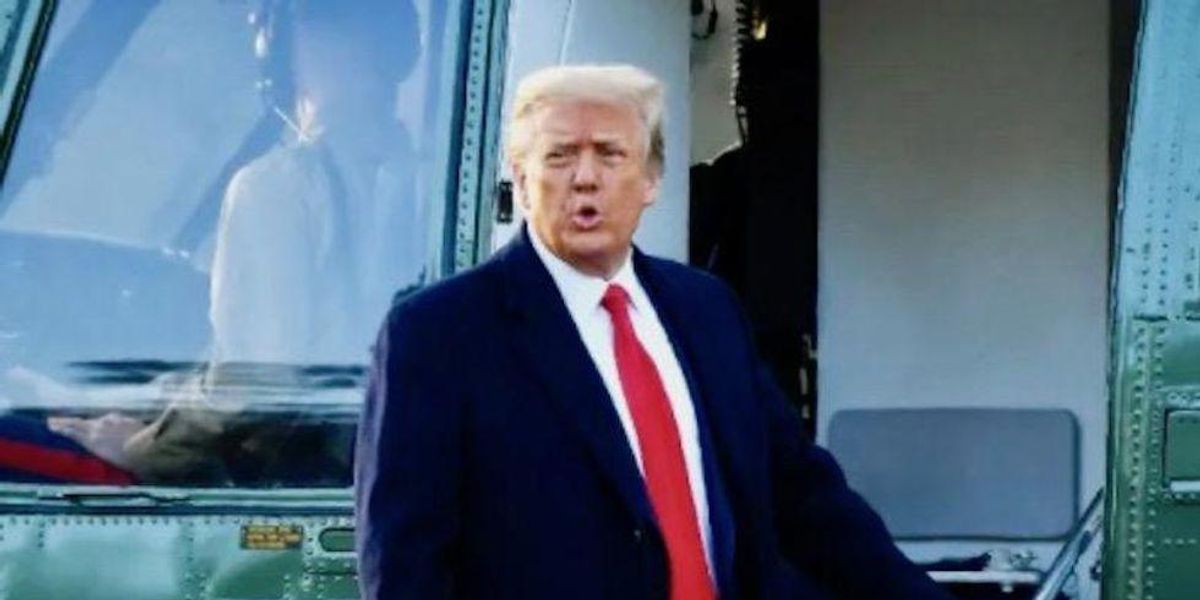 Former President Donald Trump left taxpayers footing a bill for more than a quarter of a million dollars when he decided to take an impromptu trip to New York City back in 2019.

According to federal records, obtained by New York Daily News under the Freedom of Information Act, the price tag for Trump's abrupt trip was $252,567.51 although he reportedly spent less than 16 hours in the city.

Federal records show the former president's decision to abrupt travel to attend a mixed martial arts fight in New York forced Secret Service to "to scramble to provide security for the president on a particularly busy weekend in the city."

Secret Service accommodations amounted to $224,212, the records show, with agents crashing at ritzy hotels like the Royalton on Park Ave. and the Intercontinental on 48th St. The single largest lodging expense was $44,402 for rooms at the Marriott Marquis in Times Square, according to the records.

The six-figure price tag consisted of multiple expenses including:

$224,212 - the amount spent on Secret Service agents' lodging accommodations at some of the most expensive hotels in the Big Apple.

$44,402 - the price tag for agents' rooms at the Marriott Marquis in Times Square

$22,005.51 - the cost of Secret Service agents' travel back and forth to New York to prepare for Trump's trip.

$6,350 - the cost of "tents" that were erected near Trump Tower in New York. The publication reports that the agency typically uses tents for "security checkpoints."

Based on internal Secret Service email correspondence, most of the reservations booked for the trip appeared to be the result of last-minute planning. "Things could change some. I don't have any information about hotels yet," a Secret Service sergeant wrote.

The trip is said to have taken place while Trump was being investigated prior to his first impeachment trial. At the time, dozens of protesters had also arrived at Madison Square Garden while the UFC fight was underway. This likely contributed to the increase in Secret Service security to protect the former president.