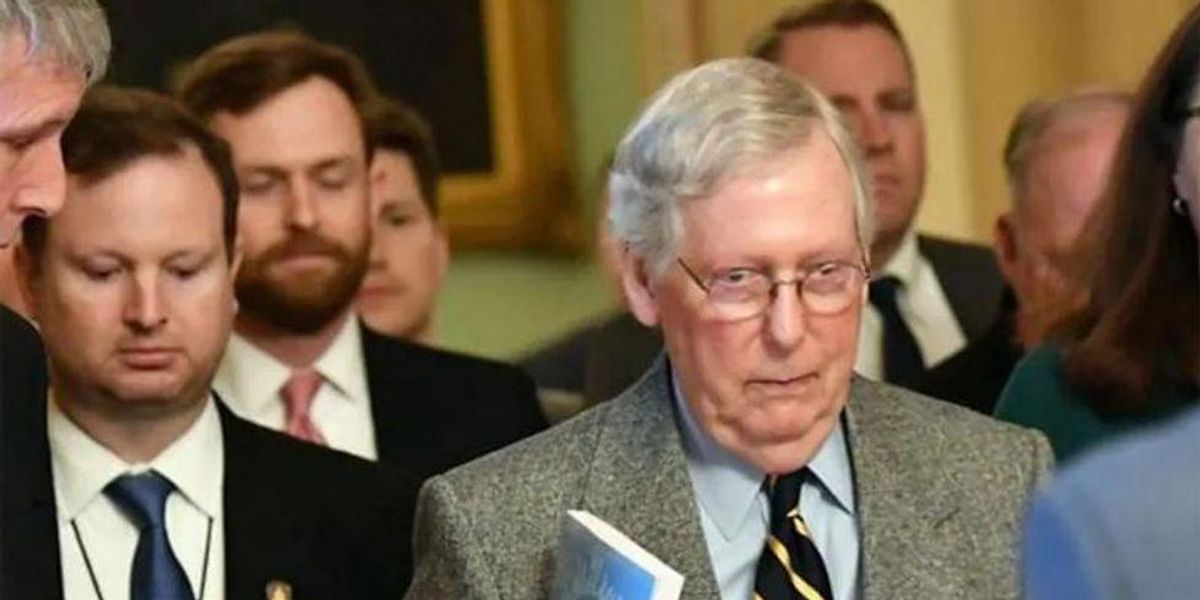 US Senate Republicans on Thursday proposed a $928 billion counteroffer to President Joe Biden's already pared-down infrastructure plan, as the opposing sides squabble over expanding the funding beyond traditional roads, public transport and ports.

The negotiations are seen as a crucial nexus for bipartisanship in a deeply divided Washington, with all eyes on whether the White House and Republicans reach a deal or Biden's Democrats move to pass the huge measure without opposition buy-in.

The White House had proposed reducing the cost of the $2.3 trillion American Jobs Plan to $1.7 trillion by having other bills cover some of the projects it would pay for and cutting out some spending altogether.

Republicans rejected the comedown as insufficient. Their new roadmap is "a serious effort to try to reach a bipartisan agreement," Senator Shelley Moore Capito told reporters as she introduced her party's counteroffer.

"We believe that the alternative, which is a partisan reconciliation process, would be destructive to our future bipartisan attempts but also doesn't serve the American public and wouldn't get us to an infrastructure package such as the one we believe would serve the American interests."

Biden's original plan included expanding broadband to all Americans, and Republicans are on board with internet improvements.

But they balked at other provisions including investing in public housing, modernizing public shools, improving care services under Medicaid, and increasing climate change resiliency through projects like retrofitting more than two million homes.

In a Thursday memo to Biden, Capito and five other Senate Republicans made clear they want to see a narrowing of infrastructure's scope to include core projects.

"Policies unrelated to physical infrastructure do not fit in this package," they wrote to the president.

"We simply believe that these policies should be addressed in separate legislation that does not dilute our shared objective of passing this package."

The infrastructure plan is among two major spending bills Biden is pushing, along with his $1.8 trillion American Families Plan aimed at expanding education and social protections.

Earlier this year Biden won passage of a $1.9 trillion Covid-19 recovery package, a measure paid for by deficit spending.

But he faces pressure to find ways to offset the costs of the new plans.

He has proposed ending tax cuts and loopholes benefiting small businesses to pay for the American Families Plan, while hiking the corporate tax rate to pay for infrastructure.

Republicans vehemently oppose changing the 2017 tax law that reduced corporate tax rates, which Democrats objected to as a gift to corporations and the wealthy.

As Ronaldo Breaks Euros Goal Record, What Are the Other Records CR7 Can Break Soon?