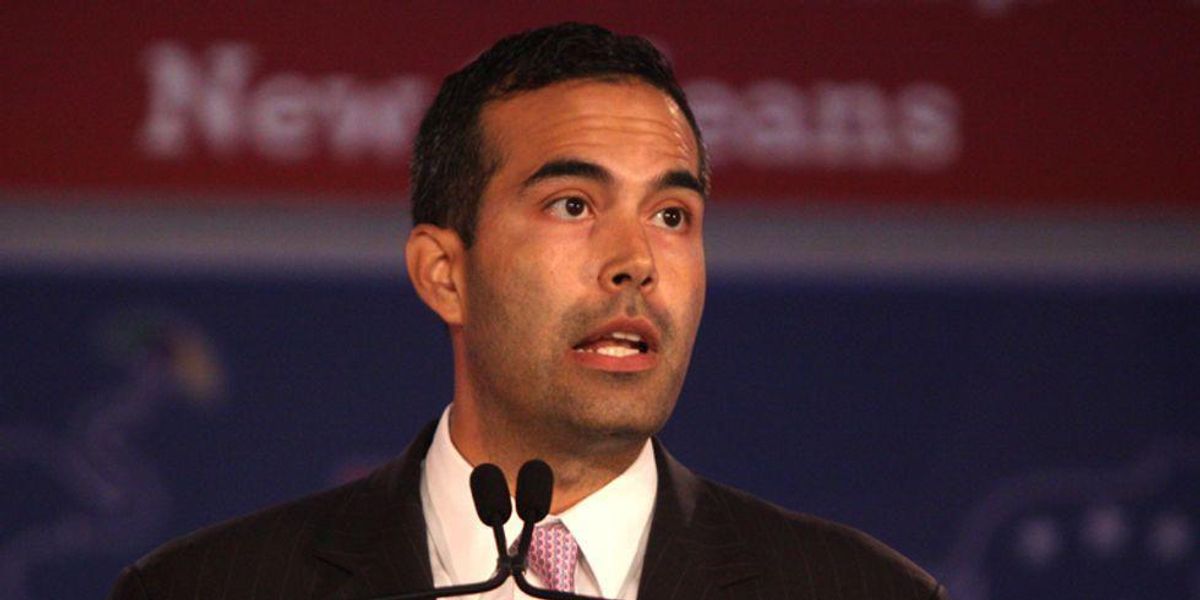 Donald Trump has made no secret of his disdain for the Bush family, and he's found another way to torment them.

George P. Bush, the son of Jeb and nephew of George W., is preparing to run against scandal-plagued Texas attorney general Ken Paxton, and the former president may endorse the challenger to humiliate his "low energy" rival from the 2016 GOP primary, reported Politico.

"Don't get me wrong: George P. has played this exactly right, and he's definitely more conservative than his dad, and Trump knows that," said one Trump confidante has discussed the race with him. "But I can tell you the president enjoys the prospect of knowing how much it kills Jeb that his son has to bend the knee and kiss the ring. Who's your daddy? Trump loves that."

Another adviser who discussed the endorsement says the twice-impeached one-term president has a pet name for him, "My Bush," and has publicly said George P. is "the only Bush who got it right."

"It's going to be the Holy War of Texas," said GOP strategist Jeff Roe. "George P. is both the heir and protector of a historic Texas political dynasty, but this is a race against a two-term incumbent attorney general. A line in the sand will be drawn, and people will have to choose sides. Everyone always thought George P. would carry the family banner into the next generation, but I'm not sure anyone anticipated it happening like this."

George P. Bush has gone out of his way to flatter the former president, and Trump has said he likes both candidates "very much," but he'll almost certainly need that endorsement to unseat Paxton -- despite the scandals piling up against the incumbent attorney general.

"He lacks the likability of his uncle and the competence of his father and grandfather," said Matt Angle said, head of the Democratic Lone Star Project. "[It's] pretty remarkable that the Bush name was the gold standard for Texas GOP acceptance five years ago, and now it's like lead boots."

Jeb Bush, who was a frequent target for Trump's mockery in 2016, offered a brief comment on his son's efforts to win the former president's endorsement.

"I love my son," Bush said via email.

US senators call for vaccinating Americans who are living abroad

Take this test to find out YOUR risk of developing dementia