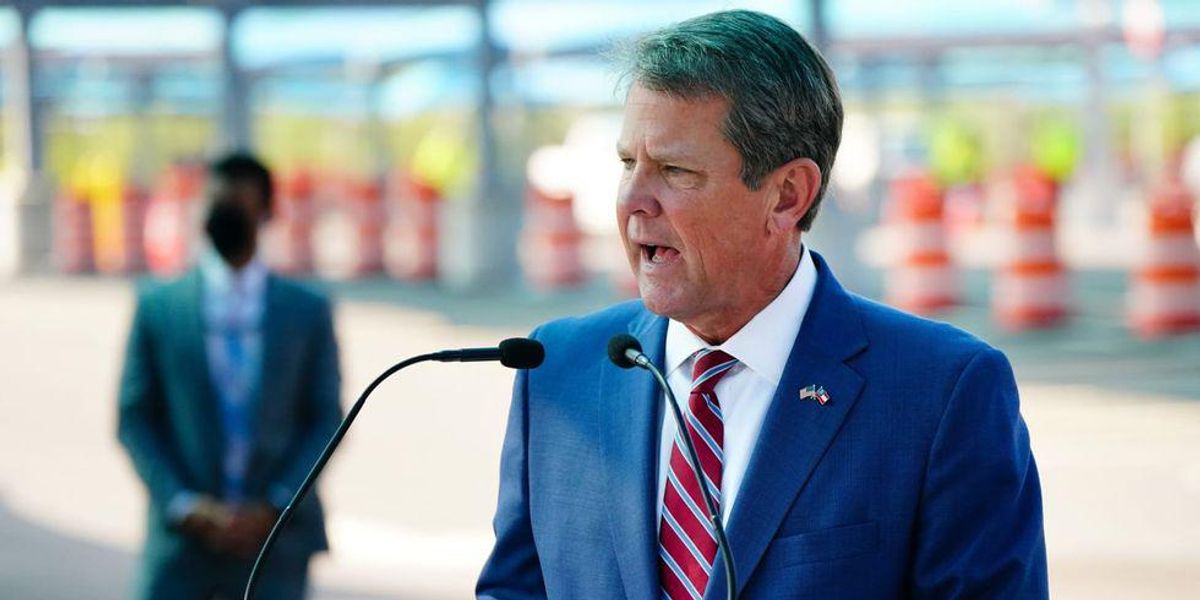 Georgia Gov. Brian Kemp (R) has a bizarre assessment of the United States that has left many Twitter users baffled.

On Wednesday, May 26, the Republican governor appeared on Fox News where he explained his decision to place a ban on requirements for COVID-19 vaccine passports. At one point during the discussion, Kemp referred to America as the "land of the home." To make matters worse, he went a step further with his baffling remarks about freedom.

"It is America, the land of the home and freedom... range," Kemp said. However, HuffPost notes that the last inaudible word "could have been 'reigns' or even 'rains.'"

Fox News host Lawrence Jones continued the conversation as if he clearly understood the governor's words. He responded saying, "For now it is," Jones agreed. "We gotta keep fighting."

As the clip began circulating on Twitter, users weighed in with their reactions. While it does appear Kemp was attempting to say, "Land of the free and the home of the brave," he did not articulate that.

Ron Filipowski tweeted, "Republicans love to make fun of Biden's stutter, while they can't even coherently complete sentences. Like this word salad tonight from Brian Kemp."

Republicans love to make fun of Biden’s stutter, while they can’t even coherently complete sentences. Like this wor… https://t.co/PlLs6jp3qz

Arkansas passed 2 of the most brutal laws targeting trans kids in the US. These pro-LGBTQ companies pumped hundreds of thousands of dollars to the lawmakers behind it.