One of the UK’s worst paedophiles who targeted 5,000 boys across the globe has had his jail term increased.

David Wilson, 37, was jailed for 25 years in February after pleading guilty to 96 child sex abuse offences against 51 boys.

The ‘sadistic’ former roofer left some victims wanting to end their lives after blackmailing them into sending him extreme footage of themselves and in some cases their siblings.

Wilson created a series of fake social media accounts and posed as teenage girls to contact his victims, who were all boys aged between four and 14.

Using unregistered phones, he sent sexual images of young women from the internet in exchange for the boys sending him videos and images back.

He then threatened to distribute these online unless they sent more extreme footage, in some cases of them abusing younger siblings or friends.

The National Crime Agency previously described Wilson, from Norfolk, as one of the most prolific paedophiles they have ever investigated.

They said that there is evidence of as many as 500 boys sending abuse material to him and of him approaching more than 5,000 boys globally between May 2016 and April 2020. 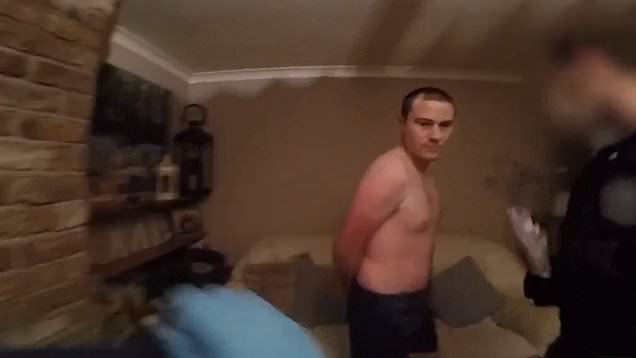 During his trial Wilson’s victims and their mothers read out impact statements detailing how his abuse wrecked lives, ruined relationships, caused them to self-harm and made them feel suicidal.

One mother described watching her 15-year-old son being arrested and taken from their home because of images he was forced to exchange with Wilson.

Following a referral by the Solicitor General under the unduly lenient sentence scheme, the Court of Appeal increased his prison sentence by three years on Thursday.

Lord Justice Holroyde  – one of the three judges who made the decision – said Wilson was ‘callously indifferent’ to the boys’ suffering.

He said: ‘The victims were greatly distressed, they begged and pleaded the offender not to disclose the photos.

‘The victims described how their confidence had suffered. Their personalities changed and they became more aggressive and less trusting.

‘The parents blame the offender for taking away their children’s innocence.’

Wilson appeared via video link and sat with his head in his hands at the start of the hearing.

Paul Jarvis, for the Solicitor General, argued Wilson should have been given a life sentence, branding him ‘a very, very dangerous individual’.

The barrister said Wilson was given too much of a reduction in his sentence for pleading guilty, after he did not admit the first three charges.

Michael Clare, for Wilson, argued a life sentence was not suitable, telling the court only three of the 96 offences had maximum sentences of life.

He pointed to the conclusion drawn by the original sentencing judge who said the public would be sufficiently protected by his 25 year jail term, followed by an extended licence of eight years.

However he said Mr Wilson’s sentence was reduced too much based on his eventual guilty pleas.

Lord Justice Holroyde said: ‘The offender did not indicate his intention to plead guilty at the first stage of the proceedings.

‘He needed neither legal advice nor sight of the evidence to know that he had committed a number of sexual offences.

‘We are satisfied in that respect that the sentence was unduly lenient.’

After the ruling, Solicitor General Lucy Frazer QC MP said: ‘Wilson harmed over 50 young boys, abusing, exploiting and in some cases terrorising them.

‘I am glad that the Court of Appeal has seen fit to increase his sentence, and I hope that this can help bring some closure to his many victims.’

Video: Luke Shaw says Jose Mourinho got things wrong with his treatment of him at Manchester United