One of the country’s most prominent human rights lawyers has called for an immediate start to an official Covid inquiry after Dominic Cummings’ incendiary testimony.

Michael Mansfield QC said the evidence needed to be laid bare after the Prime Minister’s former top aide launched a full-scale attack on the Government at a Commons hearing yesterday.

The renowned barrister is already overseeing a ‘People’s Covid Inquiry’ and wants Mr Cummings’ allegations given further scrutiny, warning that a full probe could take up to five years to deliver conclusions.

Boris Johnson has said a public inquiry into the Government’s handling of the pandemic will begin by next spring, but campaigners say the groundwork or a review needs to start immediately.

Mr Mansfield told Metro.co.uk: ‘We need an inquiry now, not next year, and of course in that context, I am chairing one.

‘We have already established a lot of what Dominic Cummings has said, although it’s not been in the glorious Technicolor that he uses, namely with the words that he claims Boris and others have used.

‘The public is fully aware or has inferred already that the way the Government has handled the pandemic has been without a sense of direction. In fact, different directions at the same time, misinformation and miscommunication. He has confirmed all our worst fears.’

Mr Cummings had the Prime Minister and Health Secretary foremost in his sights at the seven-hour health and science committees hearing, where he accused the Government of costing thousands of lives with its response.

However, Mr Mansfield believes the former arch strategist, who attended Scientific Advisory Group for Emergencies (SAGE) meetings, has yet to provide the hard evidence to back up his claims.

He said: ‘It’s all very well pointing the finger at a lot of other people in Government, he was in Government in a critical role as a chief adviser, he attended SAGE meetings and he was obviously at Cabinet and he had the ear of the Prime Minister.

‘What I would like to know and what our inquiry would like to do is to find out what he did to ensure the plans that hadn’t been made were made, that lockdown was called on at the stage it should have been called on at and the Prime Minister was not missing five COBRA meetings, whether he thought they were relevant or not?

‘Furthermore, he claims he was writing Government policy at the time he made this notorious trip up to Durham. If he was actually at home writing policy, what was he writing?

‘We’d all be really interested in what kind of advice he was giving the Prime Minister and the Cabinet and what was happening in the SAGE meetings. Although he talks about transparency, what documents does he have to support the claims he makes?’ 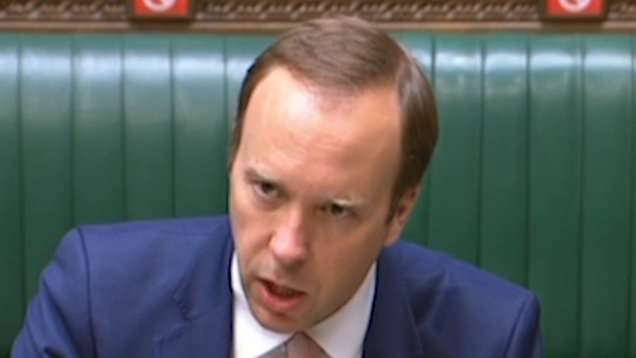 Mr Cummings accused the Government of a woeful lack of planning during his appearance before the select committees.

Mr Mansfield said: ‘A pandemic had been predicted for ages, not this one but a pandemic, and preparations were non-existent. In fact it’s quite clear that the Government regarded it as a kind of flu.

‘Boris’s attitude was cavalier and Dominic Cummings should have been ensuring the public are protected against the cavalier approach, but my feeling is when we learn the truth, it will be a very different story.’

Campaign group the Covid-19 Bereaved Families for Justice has been calling on Mr Johnson to move the official inquiry’s start date forward.

‘If it’s going to start next spring you need to have it ready now, this minute, today,’ Mr Mansfield said.

‘You need to identify the judge, the panellists, the assessors, the lawyers, the venue and the logistical network. You need to prepare the evidence, the witnesses and the documentation.

‘It will be one of the biggest judicial inquires there has ever been.

‘Dominic Cummings has been prepared to put a lot of stuff into the public domain on social media so if he’s got documentation that’s necessary for public scrutiny and it’s genuine, let’s see it now.

‘The questions that arise can be asked in a judicial inquiry or our own inquiry now. The public wants answers now not next year, or in a report from an inquiry starting next year which would be five years on, in 2027.

‘We are facing this with the possibility of a third wave, of a winter surge and the latest variant spreading with the same team that, according to him has lied through their teeth, specifically Matt Hancock.

‘We are also dealing with a different age of information and if we wait for two years I bet a lot will go missing in the meantime.’

Mr Hancock responded to the former chief aide’s attack today, saying ‘these unsubstantiated allegations around honesty are not true’.

He told the Commons that ‘we have been straight with people’ and ‘at every stage we have been governed by a a determination to protect life’.

Mr Johnson has said his ex-adviser’s attack does not ‘bear any relation to reality’ and the Government had done ‘everything’ to save lives.

The players aren’t the ones who cheated