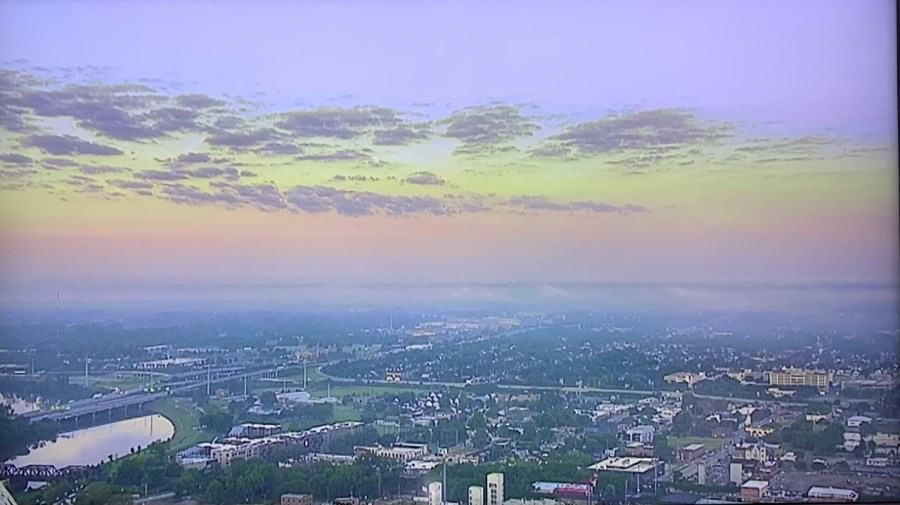 We are waking up to patchy dense fog. Drier air will bring sunshine by midday and seasonably warm weather in the wake of a cold front that pushed south of the Ohio River early this morning.

After patchy fog dissipates, high pressure will move in and foster light winds under partly cloudy skies. Temperatures will climb into the upper 70s, but not nearly as warm as the past nine days.

Low pressure developing in the Midwest will nudge the frontal boundary farther north tonight, with increasingly clouds ad late night showers arriving in time for the Friday morning commute. Showers and a few storms will linger through the day as low pressure tracks south of the Ohio River.

Showers will linger on Saturday, accompanied by much cooler air and chilly breeze. Temperatures Saturday will struggle to even reach 60 degrees.

The rest of the holiday weekend should be sunny and pleasant.

Putin says Biden is of 'sound mind,' walking back on Russian disinformation about the president's mental acuity

Will Progressive Splits Lead to a Conservative Win in the Manhattan D.A.’s Race?