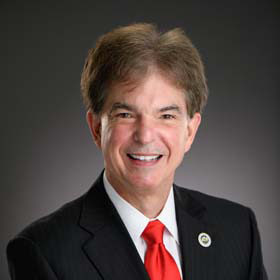 A Louisiana House Education Committee meeting had to be canceled Wednesday after a dustup between Republican Speaker Clay Schexnayder and his Republican Committee Chairman Ray Garofalo boiled over in the Capitol and beyond.

Garofalo, whose controversial comments about slavery last month triggered the firestorm, tried to reclaim the chair in House Education Wednesday but canceled the scheduled meeting after 45 minutes because he lacked a quorum.

Last week Garofalo said Schexnayder removed him as chairman, but the speaker never officially made the move, hoping Garofalo would step aside on his own for the current Legislative Session.

During debate over Garofalo's bill that would ban the teaching of systemic racism, known as critical race theory, Garofalo indicated there may have been "good" components about slavery before quickly walking his comments back.

“If you are having a discussion on whatever the case may be, on slavery, then you can talk about everything dealing with slavery: the good, the bad, the ugly,” Garofalo said.

Garofalo said he confronted the speaker Wednesday morning and that Schexnayder threatened to have him physically removed from the Capitol if Garofalo tried to chair the meeting.

I asked him if I was still chairman; he said yes," Garofalo said in an interview with USA Today Network. "So I told him I planned to chair the meeting. He said, 'No, you're not.' And I said, 'If I'm still the chair, I'm going to do my duty.'"

When asked if the confrontation became physical, Garofalo declined to comment other than saying: "It wasn't a pretty meeting. I don't know what kind of game he is playing."