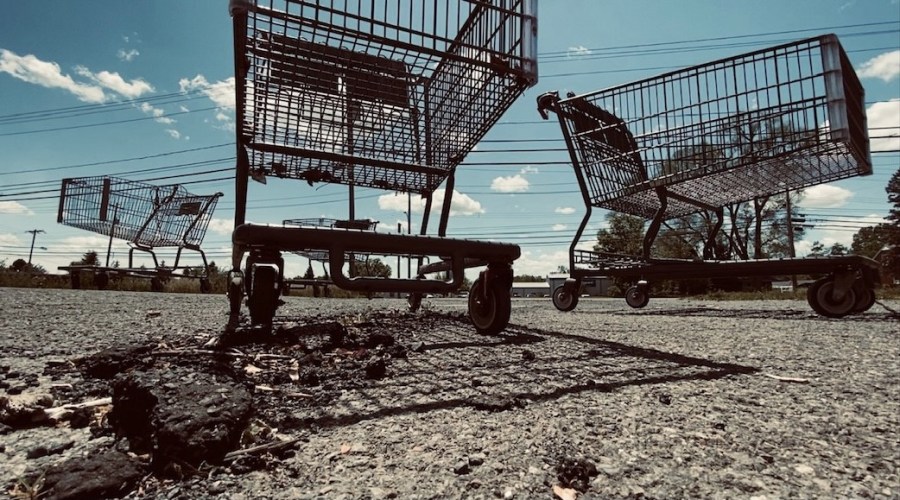 ALBANY, N.Y. (NEWS10) -- Going to a grocery store can be a quick trip, but for many in Albany's South End neighborhood, it involves getting on a bus, which can turn into an all-day affair.

"It's really bad that nothing is down here," said Robyn Middleton.

"I take a shopping cart. And you know, I fill it. Sometimes mine is loaded to the top," Middleton said.

Instead of a quick trip, it can take hours to take a bus from her apartment outside South Mall Towers to Walmart, which is 3.5 miles away in Glenmont.

"I live in a senior citizen building and it's a lot of people that [are] not as healthy as I am, and I see them struggling," Middleton said.

With no grocery stores, fresh, healthy food is hard to come by in the low-income neighborhood. People like Jamella Anderson are working to not only make healthy food available but accessible through her food fridge.

"People who have been using the fridges for weeks, for months, for however long we've had them, I get messages all the time like, 'Hey, I'm finally in a position to help and now I would like to stock the fridge," Anderson said.

Other efforts, like the South End Night Market, have come into the neighborhood to fill a major gap in healthy eating for residents.

"The goal was to get a Price Chopper, to get an external company to come in. But in neighborhoods like the South End, no matter how you do it when you run the numbers those grocery stores don't work," she said.

A town like Niskayuna has several supermarkets, some across the street from each other. Downtown Albany? None.

"What we have to understand is that diminishing the health of a community over time is a bit more sinister and a bit more planned," said Travon Jackson.

Jackson calls what's happening in the South End food oppression. He and several community partners, spearheaded by the African American Cultural Center, are beginning to erase years of neglect by putting their own grocery store in the community.

Social unrest and the COVID-19 pandemic unveiled issues many people already knew about when it comes to racial and health disparities in America.

"As a Black man I'm excited to see people caring in a different kind of way, but action is still the ultimate resolution," Jackson said.

Jackson's resolution is both a health and social justice response to food scarcity. These issues converging at the corner of Madison and South Pearl Streets where they've decided to build the market.

"Especially during the time of a pandemic, only the essential things have seemed to matter. And what is more essential than feeding and providing the essential hygiene needs for your family," Jackson said.

The market will be Black-owned, and it's set to open in fall 2021. The need for a supermarket shown in an alarming Centers for Disease Control and PRevention (CDC) report revealing young African Americans are living with diseases commonly found at older ages compared to whites. High blood pressure, diabetes and stroke highlighted in the report are all linked to unhealthy eating.

"This will serve an immediate need on day one," Jackson said.

Jackson admits it will be an uphill battle to erase poor eating habits developed over time in the community. But for residents like Middleton, going across the street to the market is infinitely better than grabbing her cart and jumping on the bus.

"It's excellent. I'm pleased. I don't know about anyone else, but I'm pleased," Middleton said.