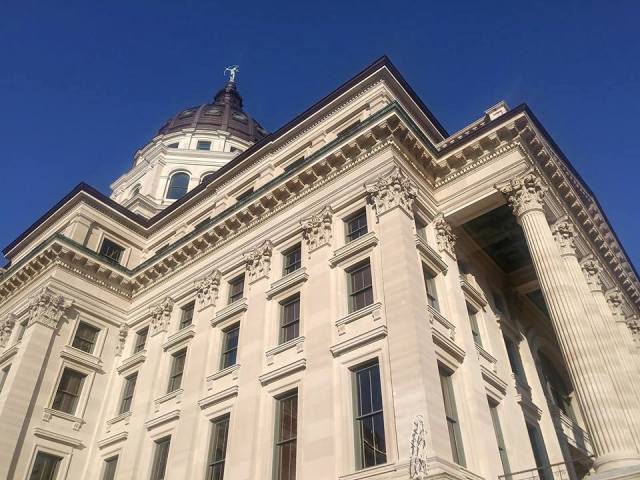 TOPEKA (KSNT) - Kansas lawmakers are in Topeka Wednesday for the final day of the legislative session. The last day is usually ceremonial, but there are opportunities for legislative work to be done.

Sen. Alley has taken over the majority of Suellentrop’s responsibilities after he stepped back from his duties.

The Kansas Highway Patrol said Suellentrop was driving a white SUV and going the wrong way in the eastbound lanes of I-70 around 12:45 a.m. on March 16. After what KHP called “a short pursuit,” authorities arrested Suellentrop just before 4 a.m. on charges including driving under the influence and fleeing law enforcement.

Watch the proceedings in the Kansas Senate chamber live below:

Gov. Laura Kelly (D-Kansas) has vetoed a number of bills that lawmakers could attempt to override, including a bill that could have sent hundreds of millions of dollars to Kansas businesses hurt during the pandemic.

‘I’m going to unleash the wrath of God on you’: Court papers detail charges against Kansas Rep. Mark Samsel

In order to override a veto, bills need to get a two-thirds majority. This means 84 out of 125 in the House and 27 out of 40 in the Senate. However, leaders in the House and Senate could decide not to bring bills up for override if they don't have the votes.

"I'm really not sure that any of the vetoes will again try to be overridden or sustained in the Senate," said Rep. Jim Gartner (D-Topeka).

Rep. Fred Patton (R-Topeka) said it is possible some bills could get enough votes to override, but it's hard to say based on the original vote.

"It's difficult to determine because many of those were passed at the very end of the session," Rep. Patton said. "Not everyone was here so when you look at the vote counts they didn't initially have enough votes to override the governor."

Republicans in the Senate will also spend part of Wednesday voting on a new Majority Leader. The former majority leader Sen. Gene Suellentrop (R-Wichita) was removed after being arrested for DUI earlier in the session.