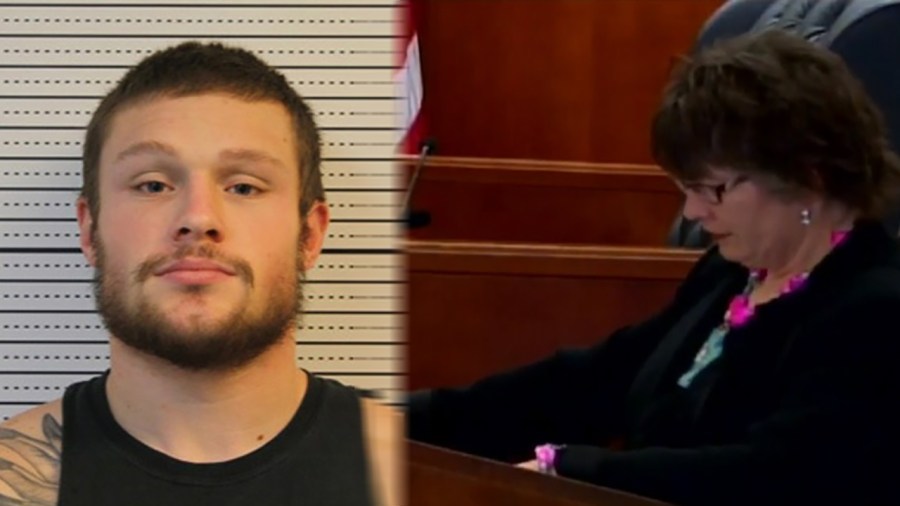 HOLTON (KSNT) - A prosecutor facing ethics complaints from a controversial 2017 Holton rape trial may also have to pay back thousands of dollars to the county, the Jackson County Commission said Wednesday.

Special prosecutor Jacque Spradling may get tapped to pay back around $80,000, Commissioner Dan Brenner told KSNT News. In a letter to Jackson County Attorney Shawna Miller, the county commission strongly urged her to "pursue any and all reimbursement the county might obtain for the fees paid to Special Prosecutor Spradling during the Ewing matter."

"Given the ethics complaints which have been filed and the concerns about conduct expressed by the commission, they have specifically requested that you revisit her employment by the county and provide the commission with any methods you believe the taxpayer funds might be recouped for her conduct."

Spradling handled the trial for Jacob Ewing, who a jury convicted in 2017 of multiple counts of rape, criminal sodomy and aggravated battery on two women.

Ewing later appealed his rape conviction because of "cumulative error." The judge in the original trial permitted Ewing’s pornographic viewing history as evidence in the trial, but did not review these videos before they were presented by Spradling to the jury. A panel of attorneys also claimed Spradling’s misstatement of evidence in the closing argument of Ewing’s trial misled the jury.

When the Kansas Court of Appeals reversed Ewing’s convictions in 2019, it said Spradling’s misstatement of evidence in the closing argument of that trial inflamed “passions and prejudices of the jury” and denied Ewing his right to a fair trial.

Ultimately, Ewing entered "guilty" May 7, 2021 in the form of Alford pleas to reduced charges on the two cases he was previously convicted of rape. In an Alford plea, a defendant does not admit to the crime but agrees that the evidence will likely result in a guilty verdict in trial.

Spradling also remains under scrutiny for false statements to the jury in the Shawnee County murder trial of Dana Chandler, whose conviction the Kansas Supreme Court overturned in 2018.

“Taken as a whole, this prosecution unfortunately illustrates how a desire to win can eclipse the state’s responsibility to safeguard the fundamental constitutional right to a fair trial owed to any defendant facing criminal prosecution in a Kansas courtroom.”

Afenifere, Ohanaeze, PANDEF insist on restructuring ahead talks with ACF