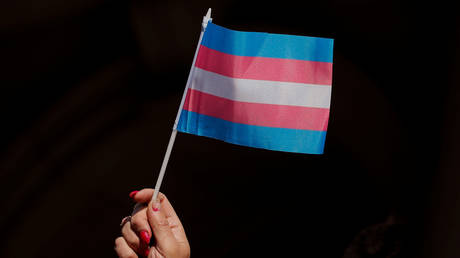 USA Today has been accused of capitulating to the woke mob after it edited out the word ‘male’ from an op-ed arguing against allowing transgender people to compete in women’s sports, reportedly without the author’s consent.

The champion runner wrote that she was deprived of multiple titles and awards because she had been forced to compete against athletes with “an enormous physical advantage: a male body.”

In her op-ed, she retold the “devastating” feeling of losing to “male runners,” saying that such experiences made her feel as if her body “wasn’t good enough” to overcome the physiological advantages enjoyed by her transgender competitiors.

She noted that in Connecticut, two transgender athletes who began racing in girls’ track in 2017 were able to win 15 women’s state championship titles over a three-year period. These same titles were held by nine different girls in 2016.

But Connecticut officials are “determined to ignore” why the two runners enjoyed such success, Mitchell argued.

“[M]ales have massive physical advantages. Their bodies are simply bigger and stronger on average than female bodies. It’s obvious to every single girl on the track,” she wrote.

Mitchell closed the op-ed by vowing to continue to fight for “all female athletes,” stating that she and her co-plaintiffs are appealing the court ruling that struck down their complaint.

The piece appears to have caused grave offense to those who took issue with Mitchell’s use of the word ‘male’ to describe her competitions – so much so that several days after publication, USA Today replaced ‘male runner’ with ‘transgender runner’ throughout the op-ed. In fact, the column has been stripped of all mentions of the word ‘male.’

In an editor’s note, the outlet explained that the op-ed was updated to “reflect USA Today’s standards and style guidelines. We regret that hurtful language was used.”

In a series of tweets, Mitchell’s attorney, Christiana Holcomb, accused the media organization of “unilaterally” changing Mitchell’s words after acquiescing to “backlash from the woke mob.”

“USA Today violated its principles to appease the mob. This blatant censorship violates the trust we place in media to be honest brokers of public debate,” Holcomb wrote. The original op-ed has been published in full by the Alliance Defending Freedom, the conservative non-profit legal group that represents Mitchell.

What was the "hurtful language" that editors deleted from Chelsea's opinion piece three days after publication? The word "male." 2/3

Numerous comments on social media expressed disgust with the “Orwellian” edits. One observer joked that USA Today should have replaced “male” with a more inclusive term like “non-birthing person.”

The debate over transgender athletes competing in women’s sports has led to numerous court and legislative battles. Last month, Alabama adopted a new law that bars public schools from allowing transgender girls to participate in female sports. Similar bills were proposed but ultimately shot down in North and South Dakota.

The IRS is Fighting to Stop a Stimulus Check Lawsuit