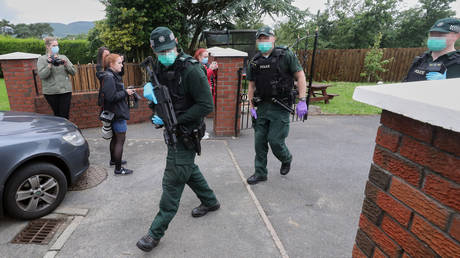 A nationwide operation against county lines drug dealing has led to the arrest of 1,100 people and the seizure of more than 292 weapons, as authorities continue to crack down on the remaining 600 county gangs.

The operation ran from May 17 to 23, as authorities increased their activity against county lines drug gangs across the UK, which exploit children and vulnerable adults to move and store drugs across the nation.

Out of the remaining 600 county gangs still believed to be operating in the UK, police managed to detain 1,100 people and identified 80 phone lines used by criminals to communicate and facilitate their drug-dealing operations.

In London alone, 27 drug operations were hit by police, more than £120,000 ($169,418) in cash was confiscated and individuals were intercepted while attempting to distribute illegal substances, with eight kilograms of class A drugs and 11kg of class B.

In the latest police crackdown, 904 homes were raided and 1,138 exploited individuals were rescued.

Speaking after the arrests, the National Police Chiefs’ Council lead for county lines, Deputy Assistant Commissioner Graham McNulty, stated that “intensification weeks like this allow us to dedicate a burst of activity and resources nationally, highlighting to the public our absolute determination to rid communities of this abhorrent crime.”

Alongside the domestic operation, the National Crime Agency worked with authorities to intercept drugs being smuggled into the UK for distribution by county lines gangs. Around 500 kilograms of cocaine was discovered in a shipping container in London, 107 kilograms of cocaine was found in a heavy goods vehicle driver’s lorry on a ferry arriving from the Netherlands and 17 kilograms of heroin was seized from a Polish driver travelling in France.

Brits could get Covid boosters sent in the post, expert predicts