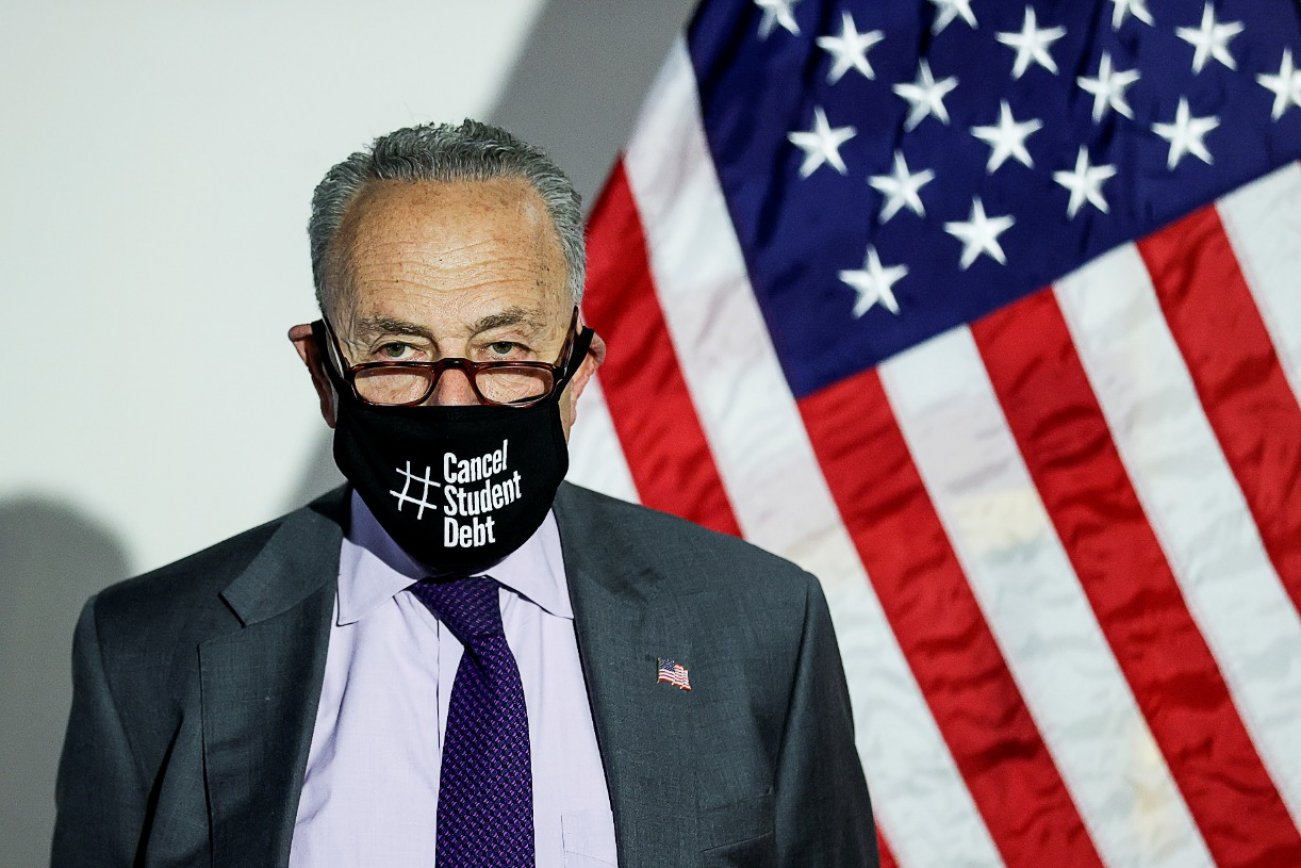 President Joe Biden’s stimulus packages have not yet passed Congress – and, in their current forms, they are expected to meet significant Republican opposition.

Here's What You Need to Remember: One significant area of opportunity is in canceling student debt. Canceling debt, long a cause celebre on the American left, would do much to gain Biden goodwill with progressives and shore up his support within his own party.

President Joe Biden’s stimulus packages have not yet passed Congress – and, in their current forms, they are expected to meet significant Republican opposition. However, if most of the language in the bills survives intact, it would indicate a sweeping stimulus program, including significant payments to most working- and middle-class Americans and a large expansion of the welfare state.

Biden’s future strategy can be broadly broken down into two plans. The first, the “American Families Plan”, is a conventional expansion of the welfare state; it offers significant advances in childcare, including free pre-K, increased ability to write off childcare-related expenses on one’s taxes, and, perhaps most significantly, an expansion of the Child Tax Credit to around $3000 per child per year – effectively amounting to another stimulus check for middle-class parents.

Taken together, these two plans will cost approximately $3 trillion. Of that, at least $1 trillion will go directly to families, in the form of tax credits and other incentives designed to make their lives easier. The other $2 trillion, contained within the American Jobs Plan, is focused on COVID-19 economic recovery, enabling businesses to resume work faster amid the fallout from the pandemic.

It should be noted that neither of these two plans has been formally introduced to Congress yet. Given Congress’ tendency towards negotiations, and Senate Republicans’ broad opposition to Biden’s agenda, it remains unclear how much of it Biden will be able to pass by the end of the year. Still, the agenda appears to be popular with Americans, suggesting that political pressure could help to get some of it through the Senate.

If it can be supposed that Biden’s plans – whether mostly intact or in some slightly different form – are approved by Congress and signed into law, what would he do next?

One significant area of opportunity is in canceling student debt. Canceling debt, long a cause celebre on the American left, would do much to gain Biden goodwill with progressives and shore up his support within his own party. It is also an idea that Biden has proposed before; his suggestion has been to cancel $10,000 from all student loan debts.

However, it is unclear if the President has the legal authority to unilaterally cancel debt. If he put it to a vote through Congress, it seems likely that another partisan debacle would unfold.

Another interesting opportunity for Biden would be a minimum wage increase, which he supported as a candidate. The difficulty is that not all Democrats support this; notably, Senators Joe Manchin (D-WV) and Kyrsten Sinema (D-AZ) have opposed similar proposals before. To win Congress over, Biden must first win them over.

Finally, there remains the possibility that Biden will send a fourth stimulus check – although, as noted elsewhere, the political hackles surrounding such a proposal would be extremely difficult to overcome.

Trevor Filseth is a news reporter and writer for the National Interest. This article first appeared earlier this year.

Euro 2020 venues: Host cities set to release EXTRA tickets – how many are there and how many fans will each allow?