With Julio Jones intent on moving on from the Atlanta Falcons, there are no shortage of teams that should be willing to trade for his services. Among them are the Tennessee Titans, who have already had two players publicly recruit Jones in running back Derrick Henry and wide receiver A.J. Brown.

Not that it matters much, considering they don’t have a say in the matter. But that hasn’t stopped Brown from continuing his recruitment of Jones.

After leaving Jones a voice message about joining the Titans, Brown took his campaign public with a video detailing the reasons why Jones should want to come to Tennessee, including quarterback Ryan Tannehill, Henry and himself, where he’s already opening his arms to a potential Jones landing qiht the Titans.

And, no, Brown doesn’t look like he’s ready to part ways with his No. 11, as evidenced by his makeshift jersey where Jones would don No. 8.

Jones reportedly asked for a trade from the Falcons months ago, per NFL Network’s Ian Rapoport, and Atlanta has been willing to pursue one.

While Brown’s recruitment efforts have been inspired, it’s Titans GM Jon Robinson who’s going to need to do the work to bring Jones to Tennessee.

Ranking the possible NFL landing spots for Julio Jones, from the Titans to Kyle Shanahan's team 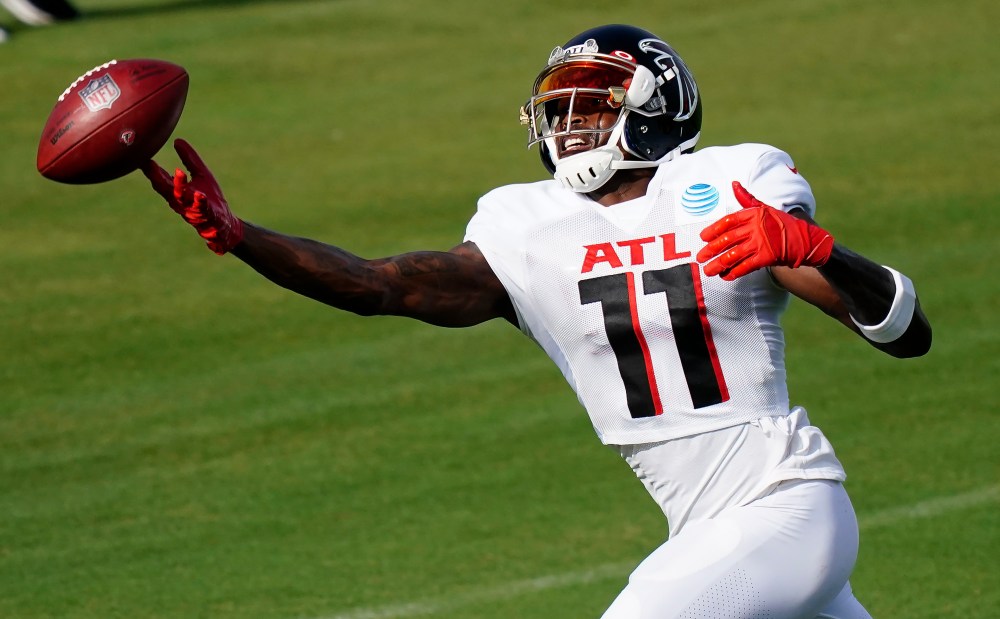