Robert Birchmeier was fishing for flounder in Murrells Inlet in South Carolina last week when he hooked into something that acted like a stingray. But as he says in the video, “Oh boy, that’s not a stingray. Surprise, surprise.”

Surprise, indeed. When Birchmeier pulled his catch to the surface he was staring at a 7- or 8-foot alligator, which had been hooked in the back leg.

“I assumed I had a stingray, as they are pretty common in this area and the ‘fish’ behaved just like one,” he explained to USA Today/For The Win Outdoors. “ I slowly was able to get it off the bottom and come up to the surface, and as you see in the video was totally surprised.”

Also on FTW Outdoors: Rays provide a ‘wow’ moment for everyone but clueless fisherman

Birchmeier, known as Capt. Birch of Pawleys Island Beach to Creek Guide Service, was fishing from a kayak in the salt marsh near the Atlantic Ocean that he has fished a few hundred times. On this day, the water clarity was “very poor” with less than 12 inches of visibility, making for quite the surprise when the catch surfaced. 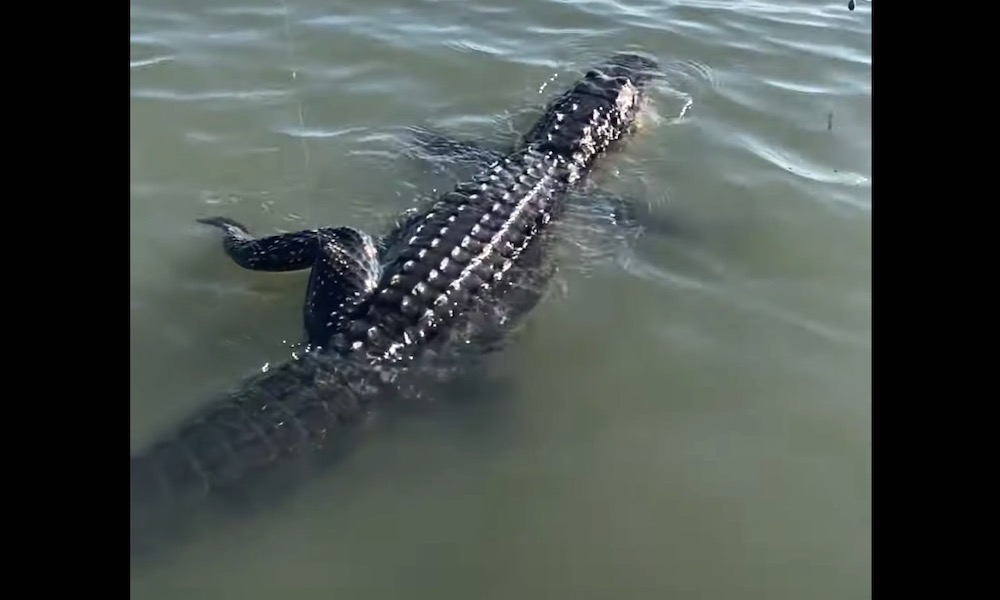 “The gators do go into the saltwater at times, but, really, in this location, I may see a small one every other year,” Birchmeier told For The Win Outdoors.

After the video ended, Birchmeier said the hook on his 3/8-ounce jig straightened for “a clean release and happy gator.”