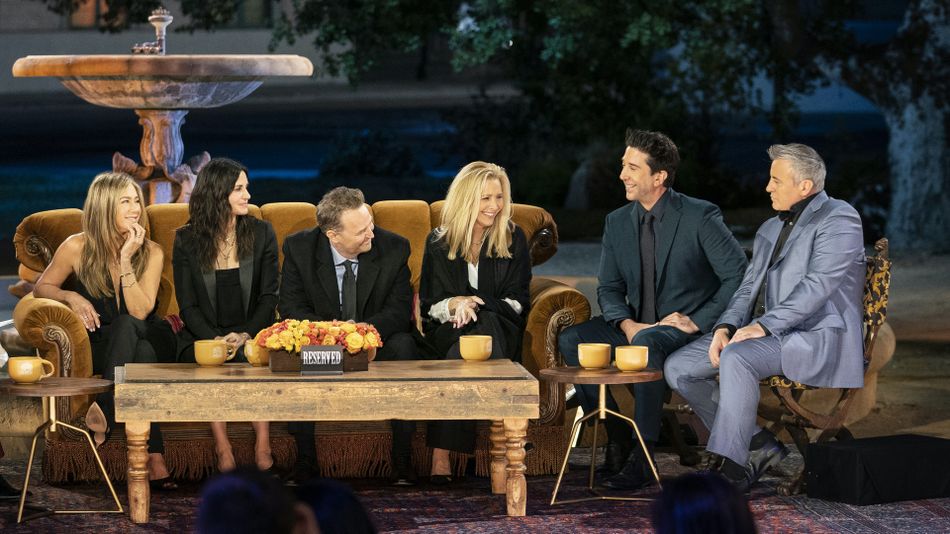 After 17 years and an unfathomable legacy, the cast of Friends reunited for the first time ever for HBO Max's Friends: The Reunion.

Friends ran on NBC from 1994 to 2004, and while there has been no official cast reunion since then (just that iconic selfie), the show never left the forefront of pop culture. New audiences discovered the world of Rachel, Ross, Joey, Monica, Phoebe, and Chandler through Netflix, DVD box sets, and TV reruns. As James Corden notes in the reunion, it has been watched over 100 billion times across all platforms.

So it was about damn time.

Jennifer Aniston, Courteney Cox, Lisa Kudrow, Matthew Perry, Matt LeBlanc, and David Schwimmer reunited on their iconic soundstage to look back, play games, and enjoy each other's company like it's 1999. Ben Winston directed the special, which features dozens of celebrity cameos, Friends guest stars, and delighted fans in the audience as they watch their favorite friends unite.  Read more...