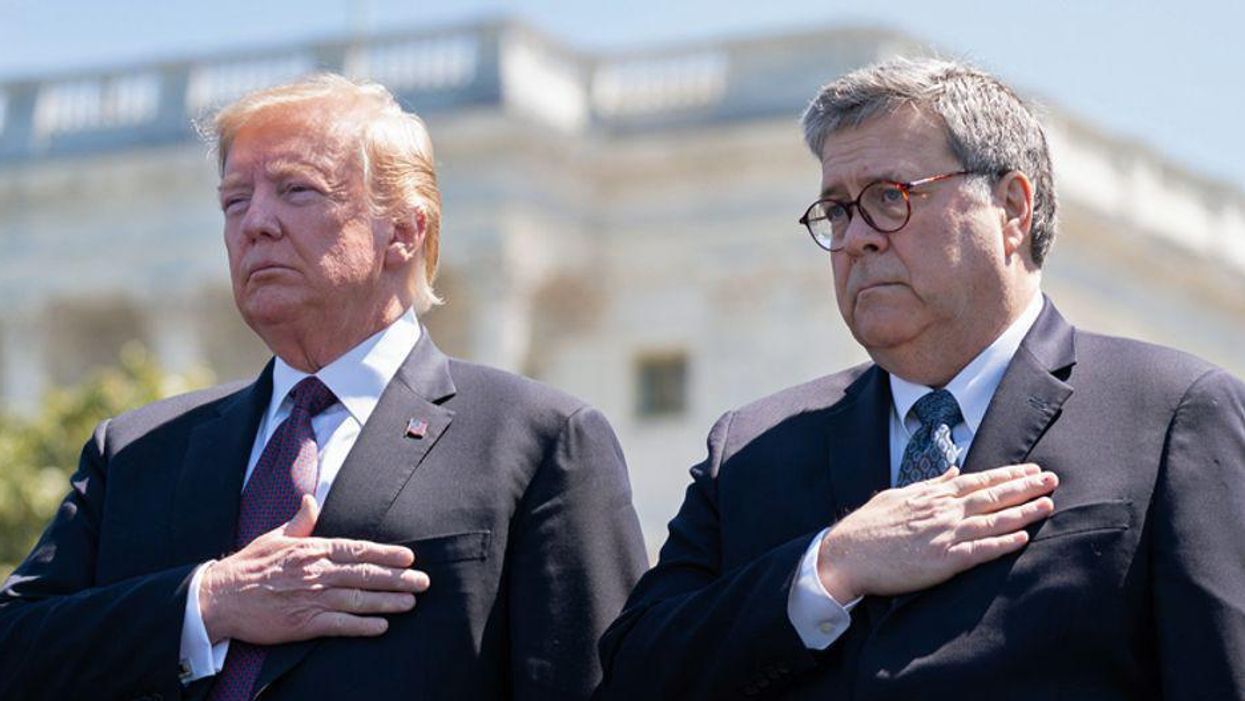 It's only Wednesday but it's already been quite a week for legal activity in Trumpworld. It's eerily reminiscent of those heady days back in 2017 and 2018 when everyone assumed that special counselor Robert Mueller's report on his investigation into Russia's interference in the 2016 election and potential connections to the Trump campaign was going to lay out all the ugly facts, leading to Trump's impeachment and conviction .. and then planet Earth would tilt back on its axis and we could all resume our normal lives. Yeah, that was dumb. And despite all this latest action from the state of New York as well as the Justice Department and the federal courts, it's highly likely the outcome will be the same this time.

There is some news that could change the equation, however, depending — once again — on what the authorities have uncovered. If they do have the goods, it then depends on whether or not the prosecutors have the guts to take Trump and his cronies to court over it.

On Tuesday night, the Washington Post reported that the Manhattan District Attorney has convened a special grand jury to hear evidence in the investigation into the Trump Organization. This news comes after the recent announcement from the Attorney General of New York that her office was working with the DA on a possible criminal case in addition to the civil case they've been investigating for some time. The instant commentary on Tuesday from various experienced prosecutors suggests that it would be unusual for a DA to do this unless they believed they have evidence that a crime was committed so it would appear that someone is on the hot seat.

We have no idea what the evidence is, but we do know that the DA's office recently received the Trump tax returns after years of delay. The hiring of an experienced white-collar prosecutor who had years of experience unraveling complex criminal financial webs reportedly jump-started the investigation. According to the various leaks and comments by people who have spoken with the investigators, the prosecution is putting the squeeze on Trump's top money man, CFO Allen Weisselberg and his family. The assumption is that they are trying to get him to flip on Trump. The special grand jury has been seated for 6 months and it can renew so we may be in for a wait to see what that's all about.

Meanwhile, in a blast from the past, we finally saw the release on Monday of some of the material in the Paul Manafort case after it was ordered by a federal judge. Everyone had wondered what exactly was known about Manafort and his Russian associate Konstantin Kilimnik. It turns out it was a lot. As Salon's Jon Skolnik reported, the previously redacted portions of the documents show Manafort was "sharing internal confidential polling data covered by a non-disclosure agreement…outside the campaign, but he's sharing it with a foreign national with a specific understanding and intent that it would be passed on to other foreign nationals, in this case Russians." Rachel Maddow helpfully explained what it meant:

What we thought happened, happened. Trump's campaign chair, Paul Manafort, sharing this kind of data with a Russian intelligence officer is the proverbial smoking gun in terms of how the Trump campaign was involved in it.

Manafort was not the coffee boy. He was the campaign chairman and he knew that Trump would pardon him.

The president of the United States never had to answer for any of this, which brings us to the other big legal news dump this week (so far, at least). The same federal judge who released the Manafort files, Amy Jackson Berman, was equally hot under the collar when the Trump Justice Department lied to the court. (Judges really, really don't like that. ) She had ordered the DOJ to release the memo that former Attorney General Bill Barr had used to justify his decision to announce that the department did not believe Trump's behavior rose to the level of obstruction despite the massive evidence in Mueller's report. Judge Jackson read the unredacted memo and said she believes that the people have a right to see it. Biden's DOJ disagrees.

I think everyone has expected the new attorney general, Merrick Garland, to comply with the judge's order in order to assure the public of its commitment to transparency. That didn't work out. The DOJ released only the first page and a half of the nine-page memo and said they were appealing the judge's order, claiming that the department was not intentionally misleading in saying that the memo guided Barr's decision when, in fact, he helped craft it after the fact.

I used to make those decisions at the Justice Department and I get why they would do this in an ordinary case because you want to protect prosecutors and these memos are about the prosecutor's thinking in a case. Ordinarily that is protected. But this is the furthest case from ordinary imaginable. This is about a cover-up potentially and protection of the Attorney General's boss, the President of the United States.

I am not surprised, however.

I never thought the DOJ would do anything at all to pursue what went on in the Barr regime. These "institutionalists" always think the best way to restore their credibility is to sweep the past under the rug and just do a good job going forward. And that always ends up just normalizing the pathological behavior of the Republican Party.

Institutionalists are terrified of being further politicized. The right is shameless and couldn't care less if people accuse them of being rank partisans but anyone with integrity is deeply uncomfortable with that. And there's a guy out there with a weirdly acute understanding of people's weaknesses who knows exactly how to exploit that to his advantage. Here's what Trump wrote on his blog in response to the news of the NY Grand Jury on Tuesday night:

This is purely political, and an affront to the almost 75 million voters who supported me in the Presidential Election and it's being driven by highly partisan Democrat prosecutors... Interesting that today a poll came out indicating I'm far in the lead for the Republican Presidential Primary and the General Election in 2024.

As you can see, he is inciting his followers to once again see any legal action against him as a partisan attack against them. (If they were Republicans, he'd just call them RINOs for the same effect. He said it about his own DOJ!) In fact, his probable run for president in 2024 is at least partly motivated by this dynamic. Any legal action will be framed as partisan sabotage and after January 6th it has the added frisson of a subtle threat of violence.

Will anyone really be brave enough to call him on this and hold him accountable? Stay tuned. There's a lot of legal activity out there. I just wouldn't get my hopes up.

The top 9 shows on Netflix this week, from 'Sweet Tooth' to 'Lucifer'