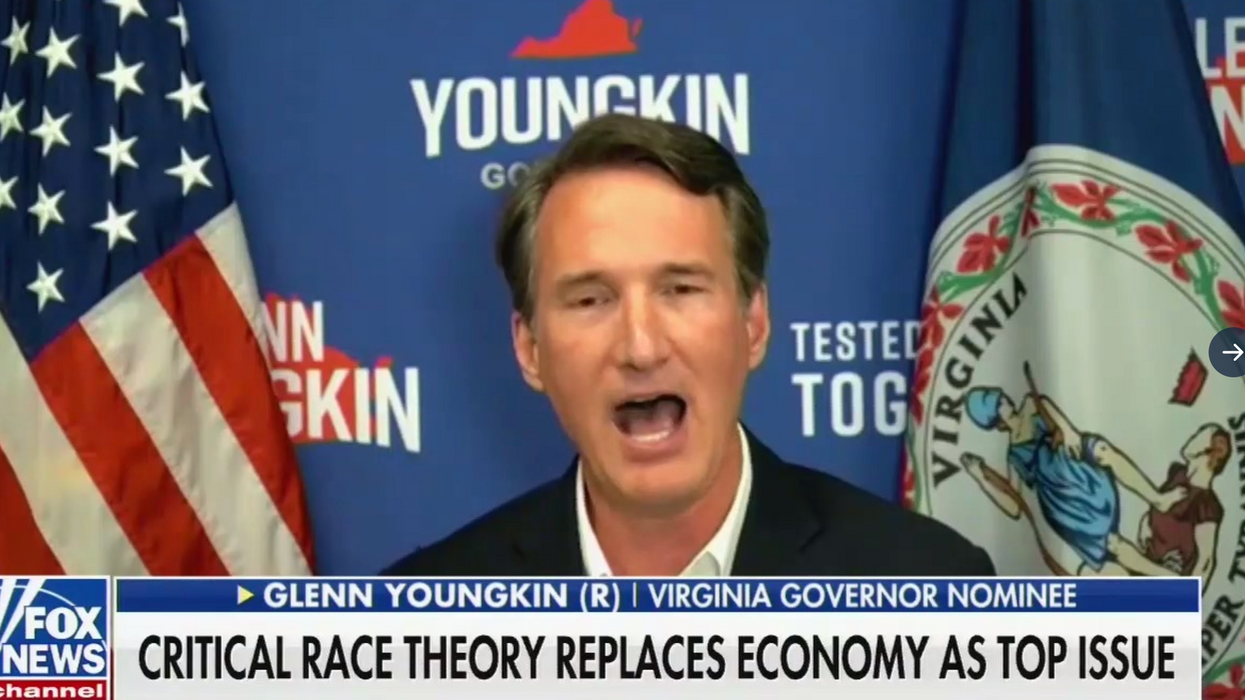 For decades, the GOP claimed the mantle of an economically conservative party and exploited societal issues such as racism and abortion to bolster their electoral support. Yet over the past few years, a reversal has occurred, such that the GOP's cultural identity now eclipses any pretense of an economic agenda. As an example, just this week, Fox News declared, "Critical Race Theory Replaces Economy as Top Issue."

Over the course of the 1980s through the 2000s, American conservative thought was often framed as primarily economically oriented. The Republican Party, however, gained electoral support by appealing to societal resentments. From Ronald Reagan's "welfare queen" to encouraging turnout with anti-LGBTQ legislation, the GOP augmented cultural wars. It knew how to exploit culture to win elections and power.

Yet during all this time, the GOP had an economic agenda—"fiscal conservatism"—that appealed to voters less moved by resentment. This agenda revolved around deregulation of industry, reductions in government spending and tax cuts. The GOP also had an even broader vision: deconstruction of the social safety net as established by the New Deal and the Great Society. From Reagan to Newt Gingrich to George W. Bush, Republican leaders mounted attacks on the safety net, largely centered on privatization and incentives to encourage Americans to choose other options.

The evidence for "critical race theory replaces economy as top issue" is quite literally that Republican candidates… https://t.co/aV0MtG80We

The GOP's coalition thus entertained a hodgepodge of interests, ranging from those animated by culture wars to those more concerned with tax policy and their own pocket books. The GOP's image as a fiscally responsible party was primarily catered to the latter group, but their popularity was increasingly reliant on the former.

This dynamic was in full swing during President Obama's first term. To oppose the Democratic president's policies, the GOP leaned into economic complaints about the deficit. Billionaires funded "populist" anti-government uprisings. The success of this opposition was partially, if not primarily, driven by racist backlash against the first Black president, yet to some extent, the GOP seemed convinced they were also winning an economic argument, rather than just subsisting on bigoted fumes.

The GOP miscalculated the nature of the beast they cultivated, a mistake that, in hindsight, was evident during the 2012 election. Mitt Romney chose Paul Ryan as his running mate. Ryan, like Romney, rhetorically focused on economics over culture. At the time, Ryan's star was so bright it was considered almost heretical to question his economic bona fides. And Ryan wasn't just any economic conservative—he was radical. His proposals would effectively launch the safety net back to the 1950s.

In response, the RNC commissioned an election autopsy, which reported that the GOP should moderate itself on cultural issues, such as LGBTQ rights. It recommended the GOP pass comprehensive immigration reform and reach out to minority voters and organizations. Finally, the report stressed the GOP was in an epistemic bubble: "We have become expert in how to provide ideological reinforcement to like-minded people," the authors wrote, before warning the party had "lost the ability to be persuasive" to other voters and risked "driving in circles on an ideological cul-de-sac."

The GOP stayed in the cul-de-sac. In 2016, the party nominated Donald Trump, who ran a campaign fueled by racism and rage, while leaving his economic agenda unspecified beyond rants about China and vague promises about healthcare.

After Trump's victory, the GOP held the holy trifecta of the presidency, the Senate and the House and was therefore well-positioned to reanimate the old battles of Reagan, Gingrich and W. Bush. Yet they not only squandered this opportunity, they seemed to be fully unprepared. For example, despite voting for ACA repeal over 70 times while Obama was president, no Republican leader—including the wonky Paul Ryan—had a plan for what to do with healthcare after demolishing the current system. The GOP cobbled together clumsy legislation, which they then failed to pass. It was clear: they had no real conservative economic vision for healthcare beyond "not Obamacare."

The 2017 tax cut legislation had a different outcome, but also served to undermine the GOP's brand as thoughtful economic conservatives. Whereas the ACA battle showed they had no real vision, the tax cuts revealed their eight years of screeching over the deficit was unprincipled pablum. Meanwhile, Trump's presidency was consumed by incompetence, criminality and racism. Though they packed the courts, the GOP didn't rebuild its economic brand in American minds; rather, it chose to defend Trump during endless scandals while embracing the cultural resentments he inflamed.

Both of these actions—the abandonment of any pretense of economic seriousness and the embrace of bigotry—likely contributed to the Republican Party's hemorrhaging of white college-educated suburban voters. This damage to the GOP's coalition facilitated a Democratic sweep of the House in 2018, as well as Biden's victory in 2020. Notably, the GOP made little attempt to win over any voters based on an economic agenda during either election. Instead, again, they chose the path of a culture war, with buzz-phrases such as "socialism," "defund the police" and "law and order."

Since the inauguration, the GOP has made a few flaccid endeavors to gin up opposition through appeals to their old economic standbys: excessive spending and looming deficit. Yet this rhetoric is doing what it did in 2009. Biden is perceived as moderate and, due to his whiteness, is not as vulnerable a target as Obama. It also hasn't helped the GOP that, during the Trump presidency, they chose to deprioritize any real economic messaging, as well as to undermine their previous reputation as conservative intellectuals. Meanwhile, Biden's economic policies remain popular.

So what is the GOP left with? They do not seem to be attempting to appeal to the white-college educated voters they've lost. Instead, they are doubling down on Trumpism as their final political form. They have spent the past months raging against "woke-ism," "critical race theory" and the imagined genitalia of a plastic potato.

The party has clearly decided that a grand culture war, rather than an economic agenda, is how they will maintain power. In this sense, the GOP is becoming almost indistinguishable from radical far-right parties in Europe, groups that also engage in fuzzy economics while focusing their primary rhetoric on nativism and bigotry.

None of this means that the GOP no longer entertains their longer goal of deconstructing the safety net. Many in the party are still deeply committed to this agenda and, once they regain power, they will likely turn once again towards gutting entitlements. However, in terms of messaging, the GOP seems to realize their base is unmoved by this economic agenda. And so they've made yet another choice: to embrace their emerging identity as a party that is fully oriented towards a cultural battle rather than a party with any real vision for the American economy.