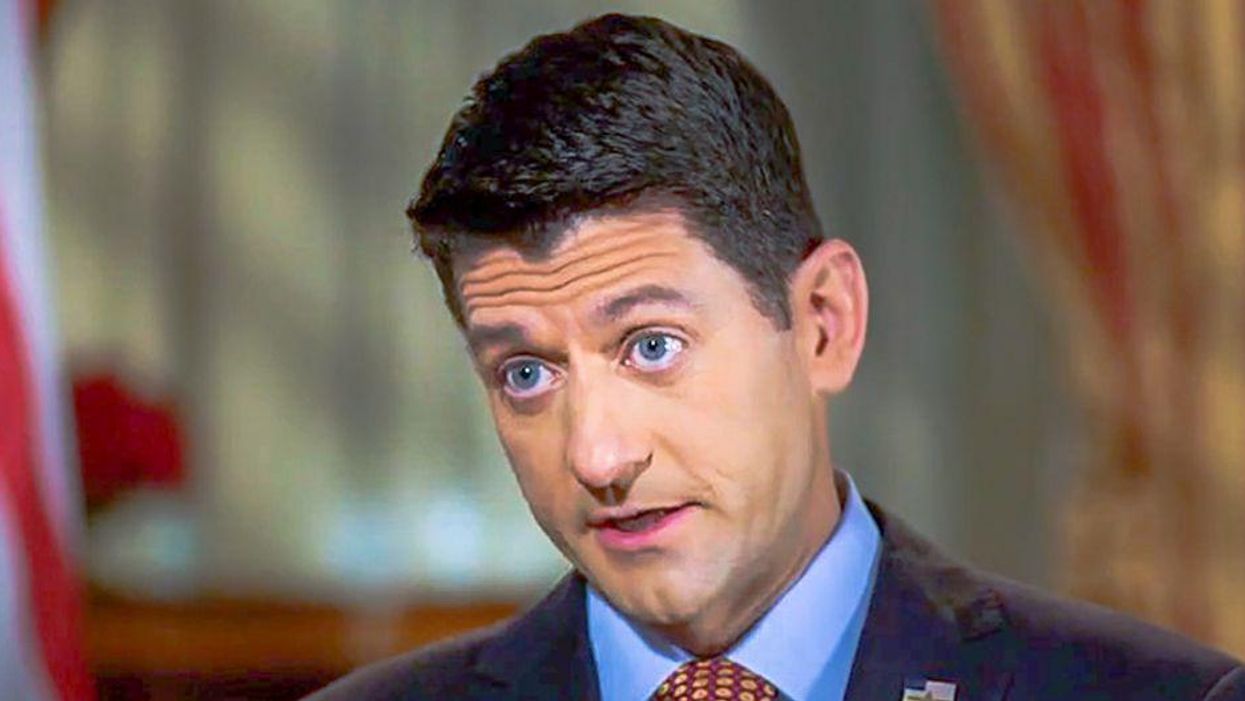 Former House Speaker Paul Ryan (R-WI) will reportedly take a subtle dig at former President Donald Trump this week when he delivers a speech to the Ronald Reagan Presidential Library in California.

Punchbowl News, which has obtained excerpts of Ryan's speech, reports that he won't mention Trump by name but will warn that Republicans face a bleak future if they continue to be a cult of personality for one man.

"If the conservative cause depends on the populist appeal of one personality, or on second-rate imitations, then we're not going anywhere," Ryan will say. "We win majorities by directing our loyalty and respect to voters, and by staying faithful to the conservative principles that unite us. This was true even when the person leading our movement was as impressive, polished, and agreeable as they come."

Ryan's speech comes as far-right Trump fanatics are increasingly taking over Republican state parties across the country and as GOP officials are being forced to pledge total loyalty to the twice-impeached one-term president as a precondition of staying in power.

Take this test to find out YOUR risk of developing dementia