MAURICIO POCHETTINO is in talks with Tottenham over a sensational return to the club after just six months at Paris Saint-Germain, according to reports.

Earlier this week, SunSport revealed the Argentine, 49, is keen to return to North London despite only taking over at the Parc des Princes in January.

Mauricio Pochettino is in talks with Tottenham over a shock return, according to reports[/caption]

Pochettino was sacked by Spurs in November 2019 after five years at the club.

But the boss is seriously considering a switch back to North London as he is unhappy with the running of the club in Paris, according to French outlet TF1, and would love a second chance at Tottenham.

Jose Mourinho was hired following Pochettino’s dismissal but was sacked last month ahead of the Carabao Cup final with Ryan Mason taking over as interim boss until the end of the 2020-21 season.

But Tottenham chairman Levy admitted to friends that sacking Pochettino was the worst mistake of his career.

He is now hoping to bring Poch back to the club – hoping he can also convince in-demand, £150million-rated striker Harry Kane to stay.

Manchester City, United and Chelsea are all keen on the England captain – who is itching to quit the club in order to finally win some silverware.

Pochettino – who is under contract in Paris until the end of next season – has won the French Super Cup and Coupe de France since joining PSG . 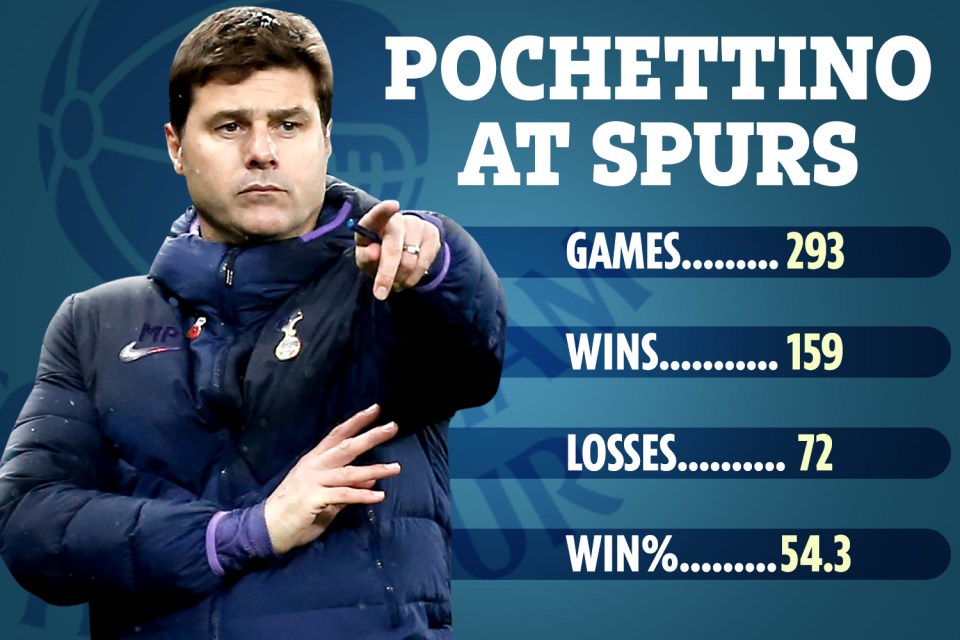 But he failed to win the Ligue 1 crown with PSG’s dominance ended by Lille.

Thomas Tuchel was sacked by the Paris giants in December before he took over at Chelsea.

The French giants crashed out at the semi-final stage at the hands of Man City having already battled past Barcelona and holders Bayern Munich.

Former Southampton boss Poch feels he has unfinished business at the Tottenham Hotspur Stadium and a return would be incredibly popular with the fans.