JAKE PAUL was named in the top three richest boxers of 2020 with £14million earned in and out of the ring.

Only superstars Anthony Joshua and Canelo Alvarez were ahead of the social media star in a list compiled by sports finance website Sportico.

Paul fought twice in the last 12 months – knocking out Nate Robinson and Ben Askren, both 36.

And the YouTuber – who wants to become a billionaire boxer – warned ‘we just getting warmed up’ upon hearing the news of his mega earnings.

Mexican superstar Canelo Alvarez was the only boxer to make Sportico’s list of 100 highest paid athletes – coming in 12th with his £45m earnings.

Both Joshua, 31, and Paul, 24, just missed the list with one of the website’s reporters putting both of their earnings at £14m plus.

Canelo has fought three times in the last 12 months – beating Callum Smith and Billy Joe Saunders in Texas and Avni Yildirim in Miami.

The boxing pound-for-pound No1 earned £43m for those fights and an additional £1.4m in endorsements.

Joshua, meanwhile, has had just one bout when he beat Kubrat Pulev at Wembley Arena last December.

Ex-UFC champion Conor McGregor, 32, is the highest paid sportsman on the list – raking in £147million in prize money and endorsements. 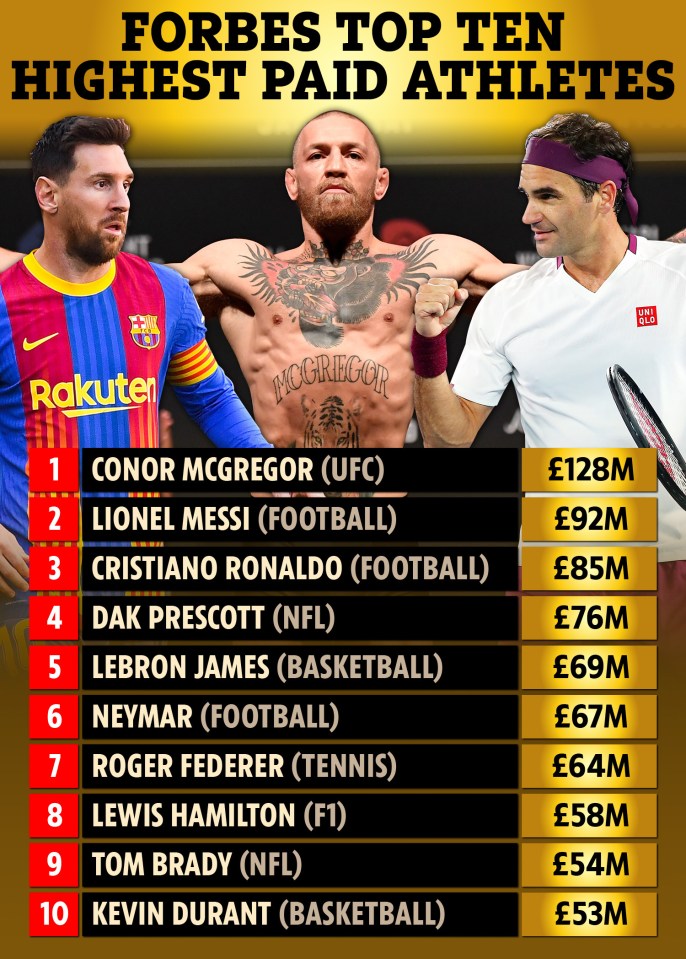 AJ & Canelo are highest-paid boxers... with Jake Paul third after raking in £14m

Having only fought once this year, a knockout loss to Dustin Poirier in January, the bulk of his wealth came outside the cage.

Where the money really came in was after he sold shares in Proper 12.

Proximo Spirits purchased a controlling interest in his whiskey company.

The deal, which will see McGregor remain the face of the brand, is a major part of the £127m earned away from the UFC.

100 Mystery Buttons! Only 1 Will Let you ESCAPE this Unbreakable Box!

One passenger per flight stopped from boarding