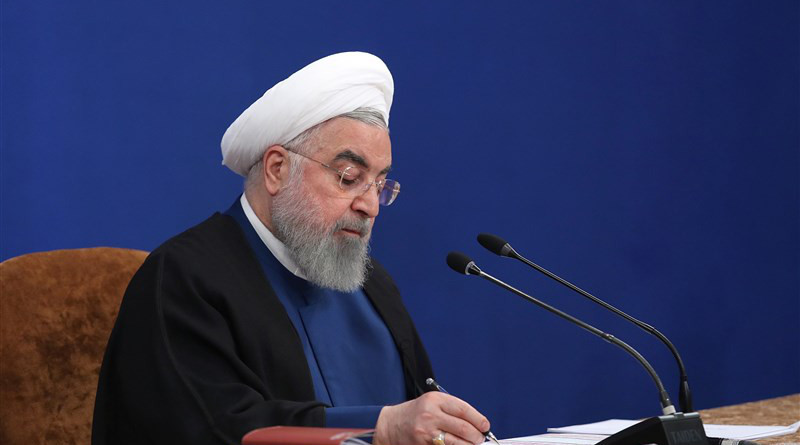 (RFE/RL) -- Iranian President Hassan Rohani has announced a four-month ban on all cryptocurrency mining in response to unplanned power cuts that have hit major Iranian cities.

In televised remarks on May 26, Rohani said “cryptocurrency activities and mining cryptocurrencies must stop" across Iran until September 22.

The operations are an enormous energy drain because they use banks of high-powered computers to try to unlock complex numerical puzzles related to international financial transactions.

When successful, cryptocurrency miners create units of so-called digital coins that can be traded globally without the scrutiny and restrictions of traditional financial markets.

Facing tough U.S. economic sanctions, Iran in August 2019 eased restrictions on cryptocurrencies to circumvent the traditional financial markets it is blocked from using.

As a result, cryptocurrencies like bitcoin that are “legally” mined in Iran can now be used to finance imports from other countries.

Meanwhile, Iran's subsidized energy has made power-sucking mining operations cheaper there than in other countries.

Iranian authorities admit that this has caused thousands of "illegal" cryptocurrency farms to sprout up.

Rohani said on May 26 that "illegal" cryptocurrency miners who have access to subsidized power are now consuming up to seven times more power than those with permits for legal cryptocurrency operations.

Iran introduced rolling blackouts on May 23 to reduce pressure on the national power grid.

National electricity company spokesman Mostafa Rajabi Mashhadi said on May 22 that licensed cryptocurrency miners have already voluntarily shut down their operations to ease the burden.

On May 25, Energy Minister Reza Ardakanian issued an apology to Iranians for "shortcomings and pressures" that have resulted in unexpected blackouts.