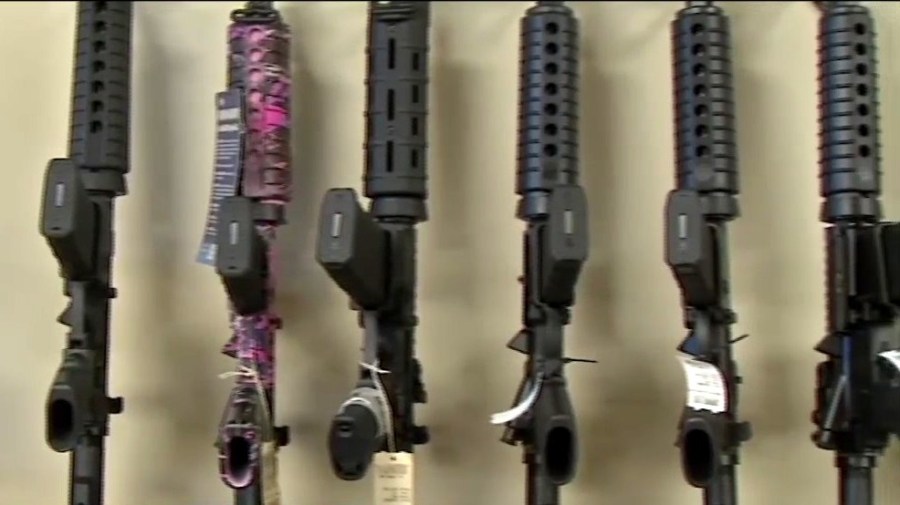 This comes after a string of mass shootings across the country, including most recently in Ohio's neighboring state Indiana.

“We need to keep guns out of the hands of minors, felons, criminals, and domestic abusers,” said state Rep. Phil Robinson (D-Solon). “This is what Ohioans want.”

Democrats said the proposals will curb gun violence and save lives in Ohio as the state sees a rise in gun violence over the last year.

"We are responding to the people of this state who are asking us to do something to better their lives in Ohio,” said House Minority Leader Emilia Strong Sykes (D-Akron).

"I'm just shaking my head because the response to a mass shooting involving a criminal would be to make it harder for you, or me to defend ourselves by a criminal,” said Rob Sexton, director of Legislative Affairs for the Buckeye Firearms Association.

The plan is already facing opposition. Gun rights advocates say more laws are not the answer to making Ohio a safer place; instead, they'd like to see the existing laws enforced.

"We have plenty of gun laws,” said Jerry Carver, a firearm instructor for The Bullet Ranch. “What we want is an educated society that follows those laws. We need to educate society on what the gun laws are and stop the bad guys from breaking them.”

Ultimately, any bill will need support from the Republican supermajority which controls the Ohio Statehouse.