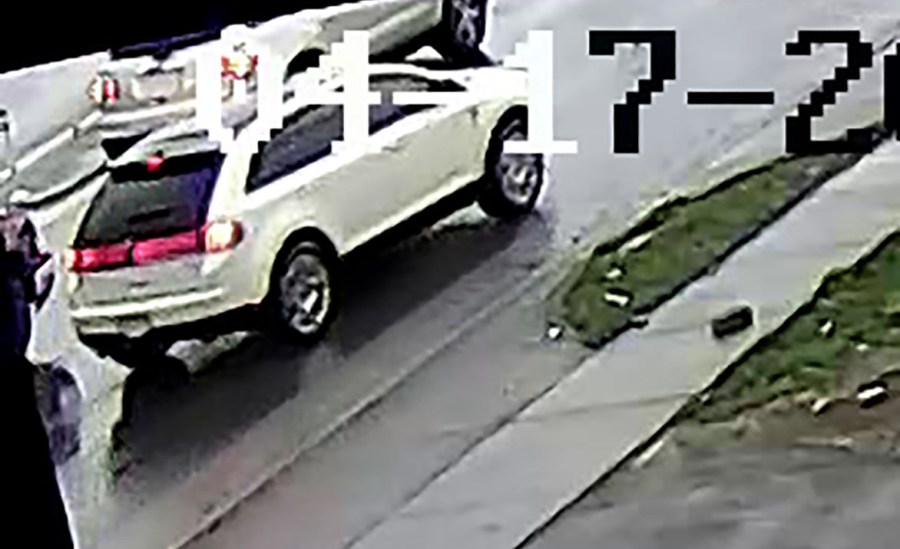 COLUMBUS (WCMH) -- The Franklin County Sheriff's Office has identified a second vehicle involved in a deadly shooting during a vigil Saturday afternoon.

The sheriff's office said a white, newer model Ford Edge or Lincoln SUV appears to have been connected to the shooting.

The first vehicle identified by the sheriff's office is a dark colored SUV, possibly a Dodge Durango.

According to the sheriff's office, a group was gathered at 5001 Chatterton Road Saturday afternoon for a candlelight vigil in memory of Jarrin Hickman, who was killed at the same location a year earlier.

During the vigil, unknown suspects began firing at the people at the vigil, injuring five of them, including a 12-year-old boy.

At the time the shooting started, 39-year old Latoya Carpenter was driving east on Chatterton Road passing the Dollar General where the vigil was gathered. The sheriff's office said she was shot in the head and her vehicle crashed into a parked car. Carpenter was pronounced dead at the scene.

One dead, five injured in shooting during vigil in Truro Township

The FCSO is still searching for suspects and say they have limited information to go on.

Anyone with details of the shooting is asked to call the FCSO Detective Bureau at 614-525-3351, and may remain anonymous.