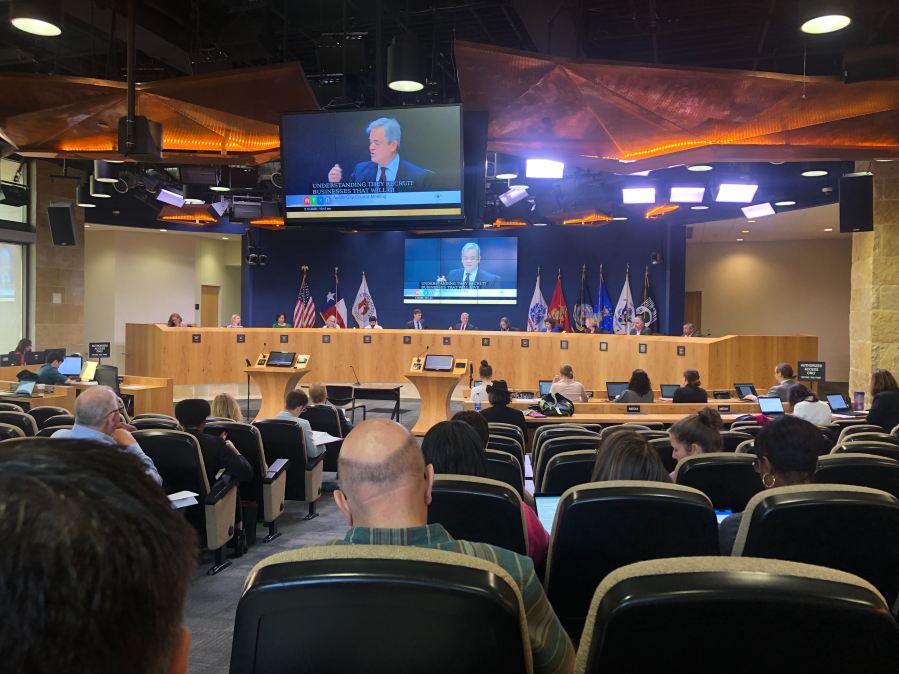 AUSTIN (KXAN) — A panel of supporters, opponents and experts will have an in-depth conversation about Proposition F — a ballot measure that would replace the city manager with an elected “strong mayor” as the city’s chief executive— during a KXAN Live event Monday.

The live stream will begin at 6:30 p.m. and will be hosted by KXAN Live anchor Will DuPree and KXAN politics reporter John Engel.

The panel will feature representatives from Austinites for Progressive Reform — the group behind the strong-mayor proposal — and Austin for All People, which oppose the change. Jen Rice of Houston Public Media and former city council member Daryl Slusher will provide analysis.

Early voting is now underway for the May 1 municipal election in Austin. Proposition F is one of eight measures on the ballot.

Proposition F would give the mayor veto power over all city council decisions and the responsibility to appoint most department leaders. Nearly every current member of the Austin City Council has come out in opposition to the proposal. Supporters of the strong-mayor proposal believe the structure provides greater accountability than the city manager-council structure.

Slicing Meat? Do it Right With the Best Butcher’s Knives for Butchers, Chefs and At-Home Cooking