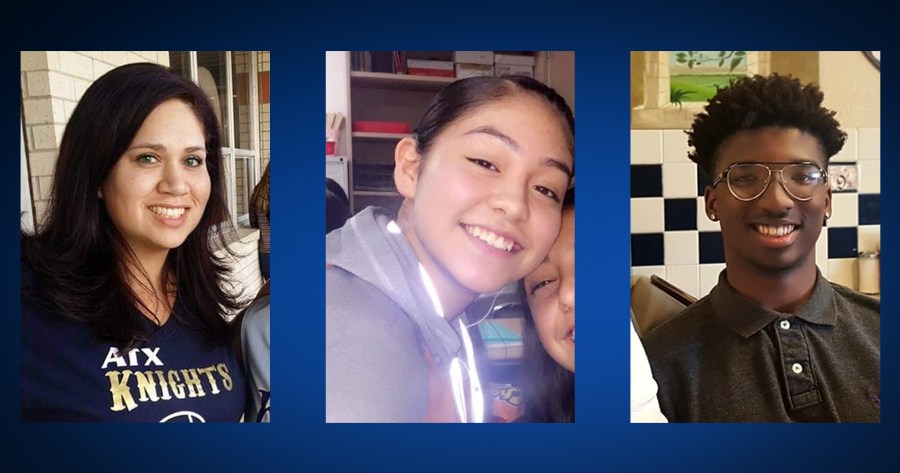 ELGIN, Texas (KXAN) — On Monday, friends and family confirmed the names and the identities of all three shooting victims. Two had been students during the past year at Elgin High School. The third was the ex-wife of the man now charged with capital murder in the triple shooting.

The victims have been identified as:

Condolences have poured in all day long from friends, family, coaches and school administrators.

Friends and family spoke highly of Willie Simmons III, calling him a man-of-god and a man of integrity. Dozens of people sent KXAN pictures of the young man, often surrounded by the people he loved and loved him back.

"Willie stood for righteousness. Willie stood for integrity. Willie was everyting that this district stands for. Everything that a man of God stands for," said Reverend Jeremy Koch, the father to one of Simmons' best friends and a local preacher at a church in Elgin.

Willie Simmons III was the captain of the high school football team at Elgin High School and had signed his letter of intent to play college football at the University of North Texas once he graduated this spring.

Antoinette Koch, whose son is a fellow teammate and friend to Simmons, was heartbroken to hear hear what had happened to the young man she spent many years help raise. She said she had to call other friends and family and break the news.

"I am so sad because he had so much more work he could have done. He was going to make a mark on this world and touch people and bless people and make a name. And his name is going to live in our hearts, but he was my son. I feel like I lost a child. I really, really do," Koch said

"He was an exceptional young man and leader among his peers," Duron said.

"Willie Simmons was exactly the kind of young man that every college coach wants to recruit," North Texas head football coach Seth Littrell tweeted Monday. "His athletic talent was obvious, but his personal character, his selfless attitude and his passion for life made him a natural leader and the perfect teammate."

Alyssa Broderick left Elgin ISD in the fall, but was a student there from 2009 to 2020, according to Duron.

"She was an excellent student and athlete, enrolled in our Early College High School program and played on our girls’ basketball team," Duron said.

Alyssa was a guard on the basketball team and made All-District Honorable Mention her freshman year, according to Madison Koehler

Former AAU basketball coach Stephanie Whitley-Yell lovingly referred to Alyssa as a "beast" on the court. She said her star athlete was a bright young woman who was extremely coachable.

Grief counselors and other professionals are available for students, staff and family members to help them cope with the tragedy.

Friends tell us Willie Simmons III and Alyssa Broderick had dated for years.

Friends say Amanda was a loving mother. They sent us multiple pictures of Amanda with her daughter at Alyssa's basketball games. A GoFundMe has been set up to help pay for their funeral arrangements.

Boris Johnson gives green light for fun in biggest unlocking yet with indoor pints, hugs and holidays back from May 17