People on a loading dock in Haines, Alaska, watched in amazement Friday as five orcas methodically hunted a Dall’s porpoise that had become separated from its pod.

(Warning: The accompanying footage does not contain a happy ending for the porpoise.)

“I’ve lived in Alaska for 13 years, guiding for 8,” Meghan Condon, who captured the footage, stated on Facebook. “This was the best wildlife show I have ever seen. A pod of orcas in Haines, AK teaching their young how to hunt a Dall’s porpoise.”

The scene played out almost directly below Condon, a tour guide, and others on the Haines Packing Co. dock in Letnikof Cove. Viewers will note that the orcas, employing teamwork, easily thwarted attempts by the exhausted porpoise to escape.

At two minutes one of the orcas flips the porpoise into the air, then emerges with the porpoise in its mouth, and that’s the last time the smaller mammal is seen. 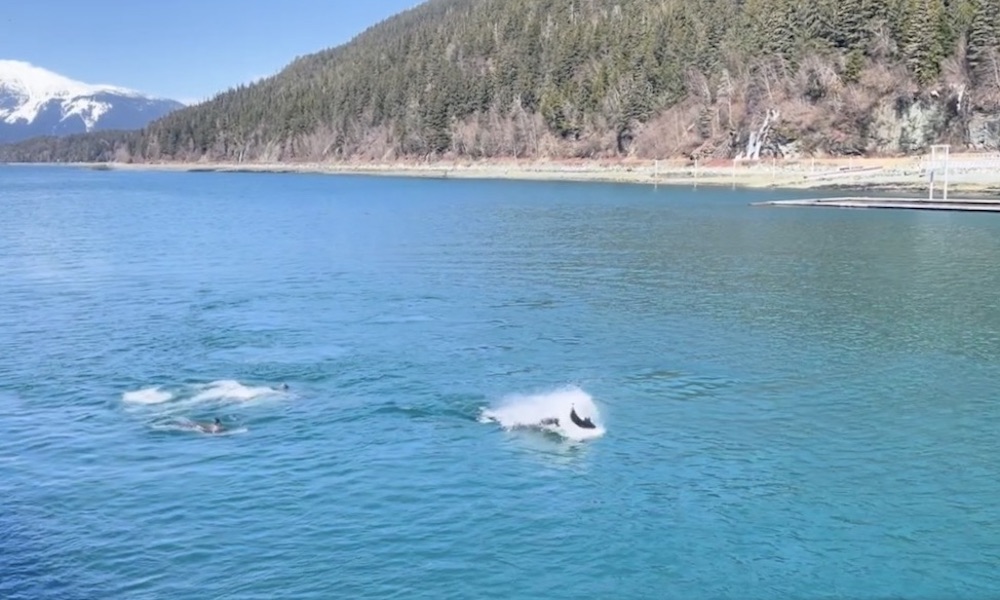 Condon did not see evidence that the porpoise was consumed but transient orcas, or killer whales, prey almost exclusively on marine mammals, including Dall’s porpoise.

This foray, like many involving orca family groups, involved teaching moments for the younger orcas.

Condon told For The Win Outdoors that before she started documenting the hunt the porpoise had already been separated from its pod and fled onto the beach. An adult orca and calf remained just beyond the shore, waiting. 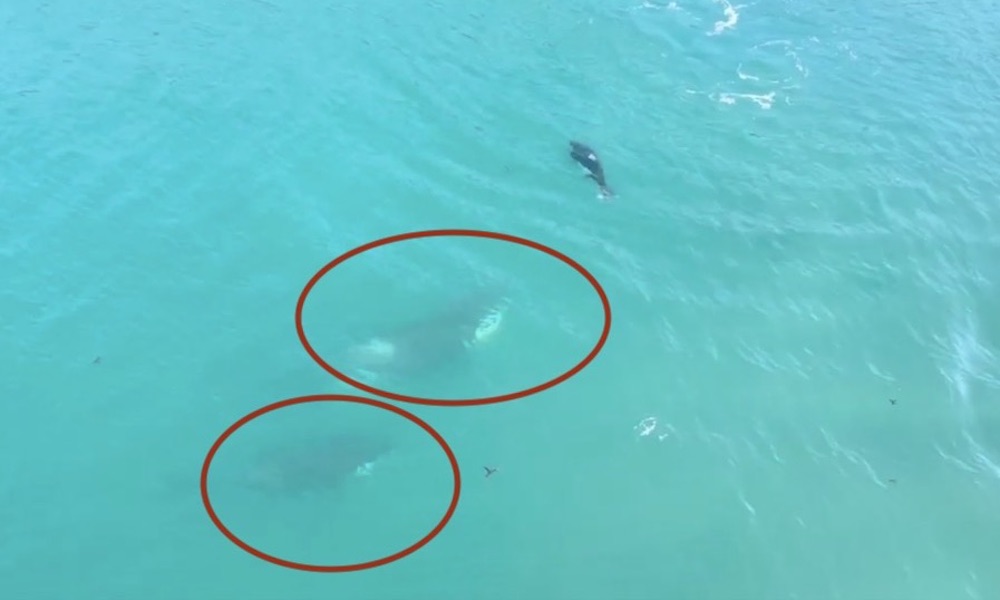 “It was flopping on the beach for 15 minutes or so,” Condon said. “Once it got free it floated for a few minutes. Then when it tried to swim for it, the adult injured it, then corralled it so the calf could have a go. After about 10 minutes, three more orca showed up and then it was over pretty quick.”

Condon said at least six Dall’s porpoise were feeding on smelt or herring when the orcas arrived.

Stimulus check update: Californians might get another $600 and rental assistance too