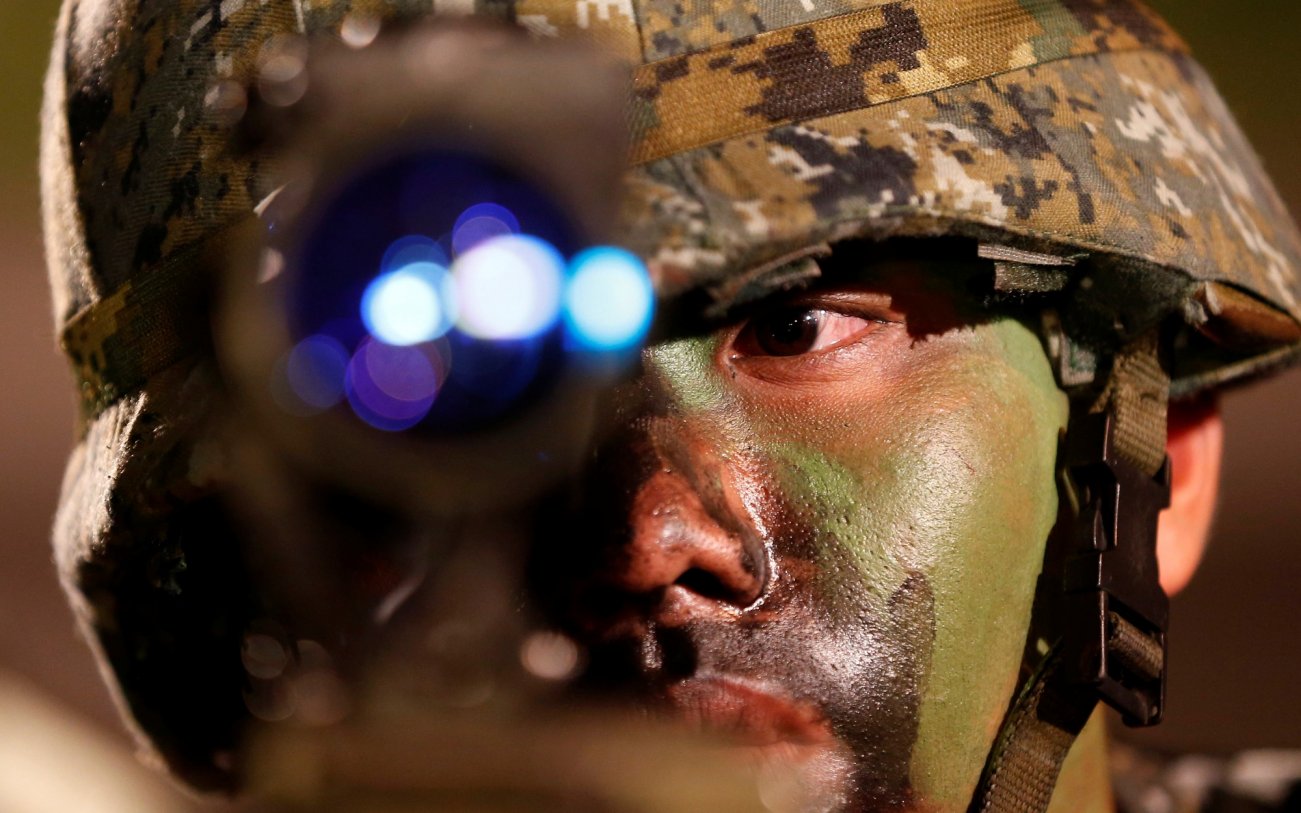 Murfreesboro, Tenn.-based Barrett is also the manufacturer of the Army's M107 .50 Caliber Long Range Sniper Rifle, so clearly, the Army is maintaining its established relationship with the firearm maker. The MK22 is just one component in the Army's Precision Sniper Rifle (PSR) Program, which also includes the Leupold & Stevens Mark 5 HD scope and sniper accessory kit.

The semi-automatic M107 – also known as the Barrett M82 – has been the standardized anti-material precision rifle utilized by the U.S. military since the late 1980s. The XM107 had originally been intended to be a bolt-action sniper rifle, but the Army had determined there was little need for such a weapon and instead opted for the M82, which was adopted as the "Long Range Sniper Rifle, Caliber .50, M107."

The M82 had largely been unproven until Operation Desert Storm and the Gulf War, but then militaries around the world saw the potential with the M82A1 version. That led the company to develop several other models including the M95, M99 and M99-1. The U.S. military employs the M82A3 version as well as the M107 model as "anti-material rifles," where it is used against small watercraft, radar equipment, missile launchers and even stationary enemy aircraft.

The MK22 could offer greater versatility for the U.S. Army. It is a modular system that be fielded in three different calibers including .338 Norma Magnum, .300 Norma Magnum and 7.62x51 NATO. Army snipers will have the ability to conduct a barrel change and select calibers based on their mission operating environment.

The PSR program could have other significant advantages for U.S. Army snipers. It will still provide an extreme range weapon system while being lighter than current sniper rifles. It also includes features that could help mask the sniper signature, which offers improved survivability.

"We are pleased to have reached this milestone with the project and look forward to providing our warfighters with this highly capable platform," Joel Miller, director of Global Military Sales at Barrett Firearms said via a statement in November.

The adoption of the MRAD could also align the firearm employed by more conventional forces with those in use by the United States Special Operations Command (USSOCOM), which had entered into a separate contract for the MK22s in 2019.

That particular contract had also been valued at approximately $50 million for its Advanced Sniper Rifle (ASR) program, and the first of the weapons were delivered last year.

The United States Marine Corps will also field the weapon. According to the U.S. Marine Corps' 2021 budget estimation sheet, the "ASR will replace all current bolt-action sniper rifles in the Marine Corps." That would mark the end of the line for the aging M40 platform, which has been in service with the Marines since 1966 and saw service throughout the Vietnam War.

What To Do If Your Loved One Has Borderline Personality Disorder? – OpEd