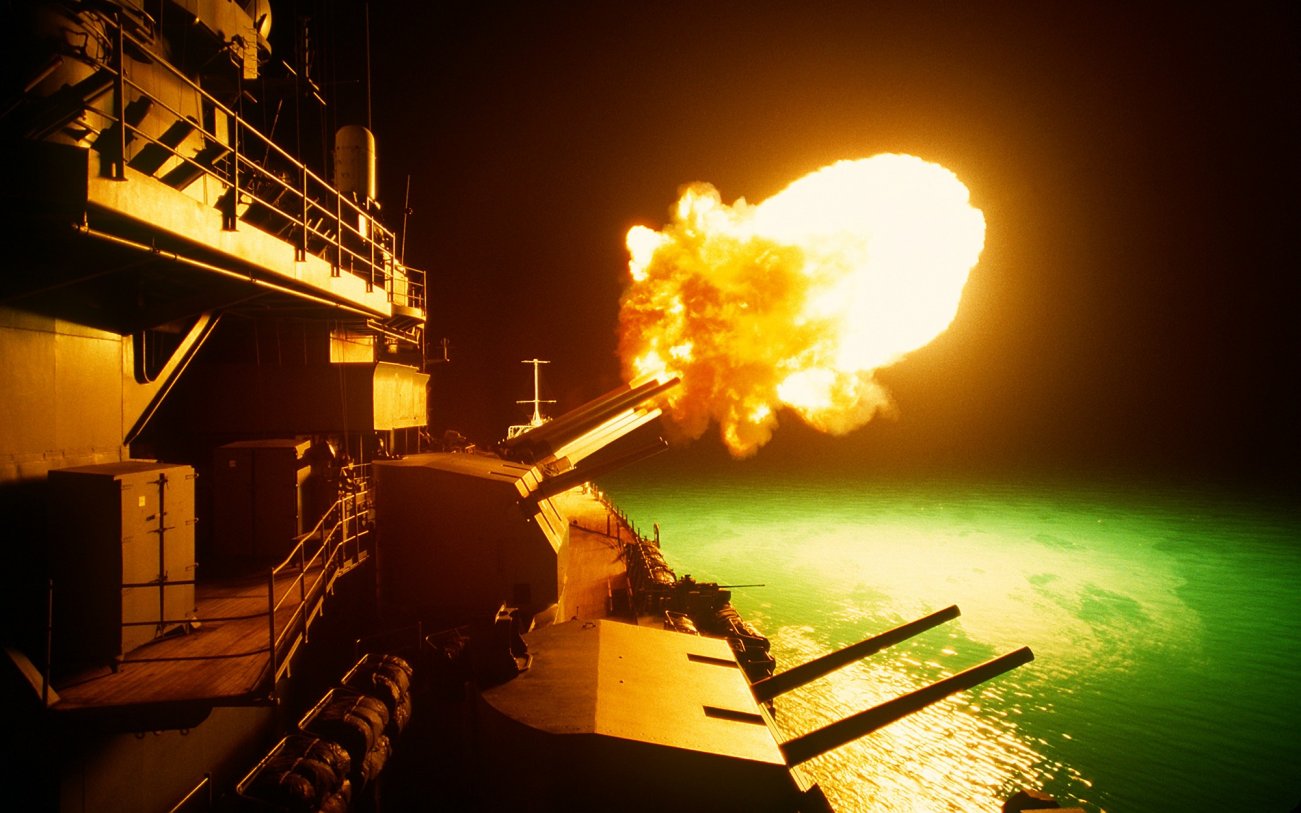 At over 58,000 tons and just under 900 feet in length, Missouri was among the largest warships ever built, and she was the last American battleship to be constructed as well as decommissioned. Now as a museum her legacy will surely endure the test of time.

It was aboard the deck of the USS Missouri (BB-63) on September 2, 1945 that the Empire of Japan officially surrendered and ended World War II.

For her efforts during the war, the Iowa-class battleship earned three battle stars. She would go on to earn five more battle stars for the Korean War, as well as two Combat Action Ribbons and many other commendations and medals for service in the Gulf War.

The warship was laid down in January 1941 when the clouds of war were on the horizon. The U.S. Navy sought to have a new class of battleships that improved upon the earlier South Dakota-class.

Designed as "fast battleships" powered by larger engines, but also larger-caliber guns that offered a far greater range, these warships could travel with a carrier force and keep pace, being able to reach upwards of thirty-three knots. In addition, the Iowa-class size was developed so as to be able to travel through the Panama Canal, which enabled the warships to respond to threats around the world.

Missouri was the third ship to be named for the "Show Me State," and was also the last battleship to be commissioned by the United States Navy. Nicknamed "The Mighty Mo," she was christened by then Sen. Harry S. Truman's (D-Missouri) daughter, Margaret Truman.

As with her sisters, Missouri was armed with nine 16-inch guns, twenty-five-inch guns, and 40mm anti-aircraft guns as well as forty-nine 20mm anti-aircraft guns. During World War II, The Mighty Mo fired those massive 16-inch guns during the Marine Corps landings at Iwo Jima, Okinawa, and Hokkaido. In late August 1945, she sailed victoriously into Tokyo Bay to begin the process of demilitarizing Japan, and was then selected to host the surrender ceremony.

Unlike the other Iowa­-class battleships, USS Missouri was not decommissioned following the end of the Second World War. She was sent to the Mediterranean Sea in 1946 as a show of force against Soviet aggression and four years later took part in the U.S.-led United Nations efforts during the Korean War. Missouri served as the flagship of Vice-Admiral A.D. Struble's 7th Fleet and took part in bombardments of Communist positions at Chonjin, Tanchon, and Wonsan. During the war, her three sisters were also reactivated and provided naval gunfire support. While the range of the 16-inch guns was limited to just twenty miles, the warships operated on both coasts and that put a quarter of the Korean peninsula within range.

USS Missouri was finally decommissioned in February 1955, and she served as a museum ship at Bremerton, west of Seattle. In the 1980s, after President Ronald Reagan called for a 600-ship U.S. Navy, all four of the Iowa-class battleships were reactivated and upgraded with new combat systems that replaced the many of the ships' smaller five-inch guns with a launcher for Harpoon anti-ship missiles, thirty-two Tomahawk cruise missiles and four Phalanx close-in weapon systems (CIWS).

The threat from the Soviet Union never came, but in the early 1990s the U.S. battleships took part in their final combat operations. Along with her sister ship USS Wisconsin (BB-64), the USS Missouri was deployed to the Persian Gulf during Operation Desert Storm and launched Tomahawk missiles at Iraqi targets. The naval fire missions were conducted to convince the Iraqi Army that the coalition forces would engage with an amphibious assault, tying up thousands of Iraqi units in Kuwait. During the campaign, The Mighty Mo fired at least twenty-eight cruise missiles as well as hundred of 16-inch rounds on Iraqi targets. It marked the last time that any true battleship would fire her guns in anger.

End of an Era

Less than two years later in 1992, the "age of the battleship" came to an end, and all four of the United States Navy's largest vessels ever built were converted to museum ships. In the case of USS Missouri it was almost a dream retirement at Pearl Harbor, Hawaii.

Months earlier, Missouri took part in a "voyage to remembrance" to mark the 50th anniversary of the Pearl Harbor attacks. During that ceremony, Missouri hosted President George H.W. Bush, the first such presidential visit for the battleship since Harry Truman boarded her on September 1947.

At over 58,000 tons and just under 900 feet in length, Missouri was among the largest warships ever built, and she was the last American battleship to be constructed as well as decommissioned. Now as a museum her legacy will surely endure the test of time.