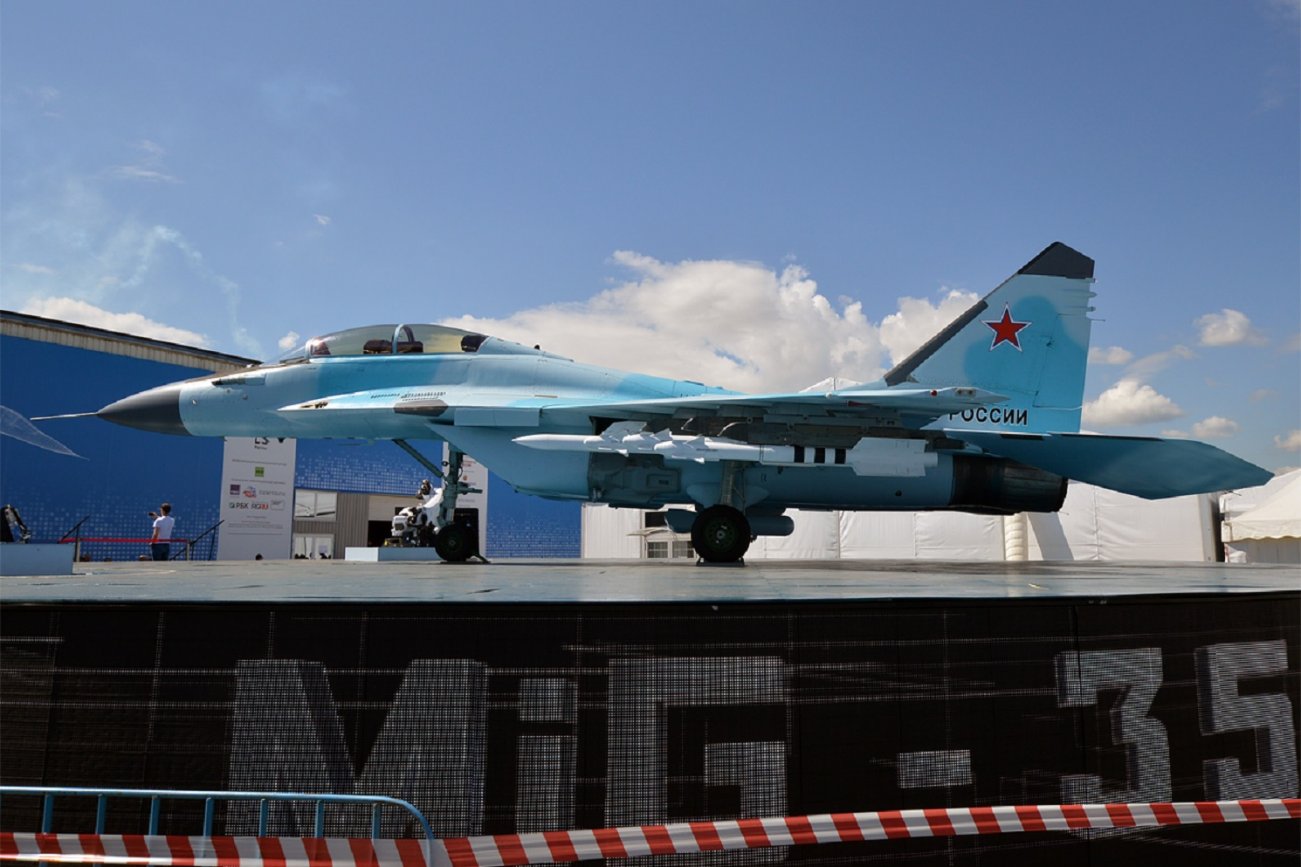 Meet the Mikoyan MiG-35 (NATO reporting name Fulcrum-F), a multirole fighter that was designed by Mikoyan, the division of the United Aircraft Company (UAC).

Much attention has been made of the Sukhoi Su-35, Russia's multirole fighter that was originally developed by the Soviet Union from the Su-27.

However, there is another – and entirely different – aircraft that has gotten less attention but could be just as deadly in the air.

Meet the Mikoyan MiG-35 (NATO reporting name Fulcrum-F), a multirole fighter that was designed by Mikoyan, the division of the United Aircraft Company (UAC).

The all-weather combat attack aircraft was developed to be capable of destroying enemy targets day or night, including moving and stationary ground and surface targets.

A single-seat MiG-35 and MiG-35D twin-seat version has been produced.

That should all sound impressive, but it isn't actually a new platform.

Rather, it has been described as an upgraded variant of the MiG-29KR, and the name could be a very clever marketing ploy – especially as the "35" number certainly evokes comparisons to the Su-35 as well as the Lockheed Martin F-35 Lightning II.

The MiG-35 may have more in common with the Su-35 however; besides its Russian origins, it isn't a fifth-generation fighter and at best is really a "fourth-generation plus plus" jet fighter that is a further development of the MiG-29K/KUB and MiG-29M/M2 aircraft. However, with its vastly improved avionics and advanced weapons systems, including the new Phazatron Zhuk active phased array radar, it shouldn't be readily dismissed. The radar system can detect multiple targets, is resistant to electronic countermeasures, and has a longer detection range than previous Russian-made radar platforms.

The aircraft is fitted with two Klimov RD-33MK afterburning turbofan engines, which can enable the aircraft to reach a maximum speed of Mach 2.25, and it has a combat range of about 620 miles.

With nine hardpoints it can carry a selection of missiles, rockets and bombs including Kh-31A anti-ship missiles with active radar seekers, the Kh-31P anti-radar missiles, Kh-29TE missiles and KAB-500Kr TV-guided bombs. It is also armed with a 30mm cannon.

As with other seemingly "cutting-edge" hardware developed in Russia, the aircraft was thrust into the spotlight when it was publicly revealed in 2007, but development was slow and it was only in 2013 that the Russian Air Force announced it planned to order a total of thirty-seven of the aircraft. However, by 2016, a total of three prototypes and two more pre-production models had been produced.

It could also be getting some notable upgrades even as just fourteen have been produced to date – including six tests and eight serial-produced aircraft. Russia remains the sole operator of the MiG-35, but a variant has been considered for export.

Just this month, the press service of the MiG Corporation announced that a smart target system based on neural networks could be employed in the MiG-35.

Whether Russia ever actually gets the full order of the thirty-seven aircraft isn't clear. As with other hardware, from the Sukhoi Su-57 to the T-14 Armata tank, Moscow keeps introducing advanced hardware that shows serious potential but never seems all that serious about producing it.