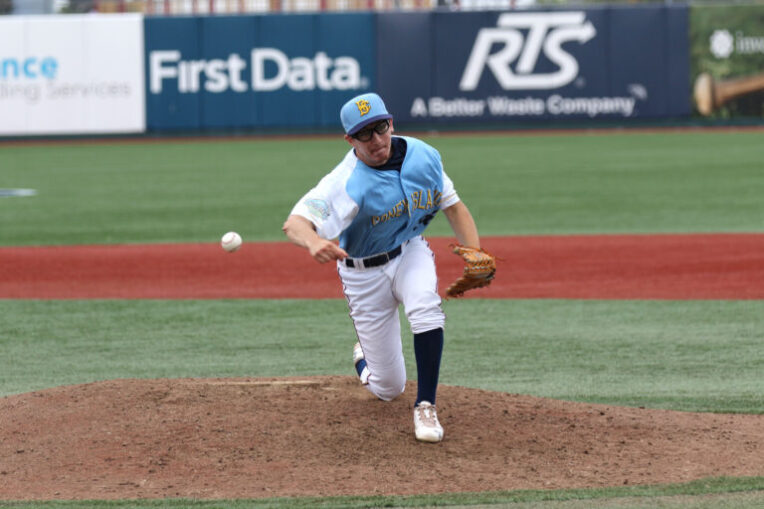 Editor’s Note: Josh Hejka is a minor league pitcher in the Mets system that posted a 1.33 ERA in his first pro season in 2019 between the Brooklyn Cyclones and the Kingsport Mets. The submariner went undrafted and signed with the Mets in July of 2019 after a brief stint in Independent ball.

On March 4, 2020, I arrived in Port St. Lucie, Florida for my first spring training as a member of a professional organization. Just 10 days later, camp was shut down indefinitely and we were sent home with no idea of if or when we would be back. Our Uniform Player Contracts (UPCs) were suspended shortly after, and it looked like minor league baseball was not going to happen in 2020.

Nearly a full year later, Commissioner Manfred lifted the suspension of our UPCs and we received a report date: March 29, 2021. Nearly 20 months since the last MiLB game, minor league baseball was finally going to be back!

Baseball In The Time of COVID

While I never experienced a full spring training before the pandemic, my brief glimpse from a “normal” year in 2020 helps highlight some key differences from this year.

All the players were required to do a five-day self-quarantine leading up to our arrival on the 29th. The next day, we all took a COVID-19 test and had to self-quarantine for three days until our results came back.

To avoid taking three days off while waiting for our test results, my roommate and I propped up one of the mattresses against the wall so we could do throwing drills. I also used my throwing sock, a piece of fabric that you can strap on your wrist and throw into, for higher effort throws.

Once we tested negative, we were finally allowed to report to the complex. Instead of all sharing the minor league complex like in previous years, we were split into pods based on the affiliate that we were assigned to.

Lockers are shared no more – everybody has their own. While Low-A remains at the minor league complex, High-A and Double-A have been moved to the Clover Park clubhouses. The team I have been practicing with, High-A Brooklyn, has been using the visitor’s clubhouse in the stadium.

Breakfast and lunch are both provided at the stadium in prepackaged containers, and we can eat outside at picnic tables or on the concourse.

Baseball activities have continued fairly normally, with some obvious extra attention being paid to staying socially distanced when not on the field.

On April 9th, the organization helped anybody who was interested get the first dose of the Pfizer vaccine at a mass vaccination site in Fort Pierce. A large number of players took advantage of the opportunity, and I hope it leads to a safe and healthy year for us going forward.

Outside of the new COVID-19 protocols, we have had to prepare ourselves for new on-the-field rules during the upcoming season.

In an effort to promote more stolen bases, multiple new rules have been put in place. The size of the bases are increasing in Triple-A. In High-A, pitchers must step off before making a pickoff attempt, eliminating the lefty leg-lift move to first and the inside move to second (much to my chagrin; my inside move has been very successful in the past). In Low-A, there is a limit of only two pickoff attempts per batter.

Fooled the shortstop on this one ???? pic.twitter.com/TgRYQVAhtT

Outside of these changes, Double-A has new prohibitions on shifting, the Low-A West will have a pitch clock, the Low-A Southeast is testing out a robot umpire, and the independent Atlantic League is experimenting with moving the mound back one foot.

My personal take on the rules changes? I’m operating under the assumption that MLB wants to accomplish one major thing with these changes: increase action by limiting the three true outcomes (strikeouts, walks, and home runs) and having batters put more balls in play.

While I disagree that this is the major problem with baseball in the first place (ending blackouts on MLB.TV would be first on my priority list), I think if MLB wants to accomplish this successfully that they understand why the three true outcomes have increased in the first place.

Strikeouts have risen because pitchers have better “stuff” than ever before. Fastball velocity keeps rising, slider and curveball movement is increasing (partially due to foreign substances), and pitches are playing off each other better than ever due to the rise in prevalence of pitch design and tunneling.

We have starting pitchers that throw 100 mph fastballs and sliders faster than the average fastball velocity from 20 years ago; I think you know who I’m talking about.

It’s no surprise that strikeouts are on the rise. What are hitters supposed to do against optimized pitching arsenals with less time to react than ever?

This also helps explain the rise in home runs and extra base hits in general. Nobody is ever going to string together three singles in a row off of Jacob deGrom. In order to score runs off of elite pitching, it’s necessary to sell out for extra-base hits. It’s not a surprise that Justin Verlander was among the leaders in both home runs allowed and WHIP in his Cy Young-winning 2019 season – he barely allowed hits and walks, so you needed the long ball to score.

This creates a feedback loop where pitchers need to strike out as many batters as possible since allowing contact could mean disaster when batters are swinging for the fences. To try to induce more whiffs and less contact, pitchers are throwing the ball out of the strike zone more than ever. In 2002, 54.2% of all pitches were in the strike zone, but by 2020, that number was down to 41.2%. This leads to more whiffs when hitters decide to swing – but also more walks when they hold off.

None of this is random – this is all the result of hitters and pitchers trying to optimize their own outcomes within our current rules. So the best way to fix this is by changing the rules to encourage different behavior.

As a pitcher, I dislike the rules regarding pickoffs because I know that it will lead to more stolen bases off of me. However, I think that those changes are a good start to changing the batter/pitcher calculus. When stealing bases becomes easier, hitting a single suddenly becomes more valuable since it can easily turn into a double or triple.

On the other hand, I think that moving the mound back misses the mark. Outside of the massive logistical challenge of doing so, including requiring pitchers to recalibrate after pitching from 60’6″ their whole lives, moving the mound back might actually exacerbate the current issues. In fact, I think it might actually lead to more of each of the three true outcomes – more walks since throwing strikes is more difficult from farther away, more strikeouts since offspeed pitches will have more time to move, and more home runs since hitters have more time to react to pitches.

If MLB wants to nerf pitchers and increase action, I think making stolen bases and non-extra base hits more analytically viable is the right way to go about it, even if it annoys pitchers like myself. I also think enforcing a ban on foreign substances would greatly reduce the effectiveness of a lot of pitchers’ “stuff”.

Leading up to our report date, I wanted to make sure my arm and body were adequately prepared for the start of my first season in almost two years. My biggest goal over the last few months was building a large enough workload on my arm to handle the large amount of in-season throwing. This, in theory, would help me stay healthy and increase performance.

(I touched on this topic more deeply in my article “Don’t Stress The Stress” from a few months ago.)

One of the most welcome things I’ve noticed during spring training so far is how committed the organization is to taking a data-driven approach to player development and keeping us healthy.

Every pitch we throw is tracked by TrackMan, using either portable units during our bullpens or the stadium units during live at-bats. TrackMan measures the velocity, spin rate, and spin axis of every pitch, among many other metrics. And every pitch we throw in our bullpens is videotaped with high speed Edgertronic cameras that show exactly how the ball releases from our fingers.

One common misconception that I hear a lot is that technology is going to replace coaching. In fact, the reality is quite the opposite; technology helps to inform good coaching.

This was made instantly apparent after my first live at-bats session last weekend. I am a submarine pitcher, and one of my pitching coaches noticed that I seemed to be raising my arm slot and cutting my pitches instead of staying low and “through” the ball. In other words, my hand was on the side of the ball during release rather than directly behind the ball. As a result, the movement on my pitches was much flatter.

After reviewing the TrackMan data from my appearance, my coach’s observation was quantified; my release point was six inches higher than usual and my spin efficiency had taken a massive dip, which is a usually a result of cutting the ball. This led to my fastball getting six to eight fewer inches of horizontal movement than usual.

A combination of good coaching and technology not only allowed me to identify a problem, but figure out how to fix it as well. Edgertronic video let me see exactly how I was releasing the ball on good pitches and bad pitches. During my second live at-bats session, I focused on staying through the ball and my spin efficiency skyrocketed (and my horizontal movement along with it).

My arm slot was still a bit higher than previous outings, and I will continue to focus on optimizing my release point. But now that I have identified something that has changed, I can track my progress and keep an eye on it using the TrackMan. Trying to identify and solve a problem without quantifying it is basically just guessing.

On the performance side, we have started measuring more things than ever. From weekly range of motion screenings to shoulder external/internal rotation strength tests to force plate measurements in the weight room, we are gathering so much data and I am excited to see how it helps inform our player development plans going forward.

The Future Is Bright

This last year has been very difficult on a lot of people, with many losing their lives, their jobs, or their businesses. I have many friends who were released by MLB organizations during the pandemic. I am incredibly grateful to still be a member of the Mets organization going into this season.

Everything I’ve seen from a player development, coaching, and analytics perspective has been incredibly encouraging and I can’t wait to see the leaps and bounds forward that we make as an organization over the next few years. It’s a great time to be a Mets fan! LFGM.

The post Hanging With Hejka: Returning to Action in a New World first appeared on Metsmerized Online.