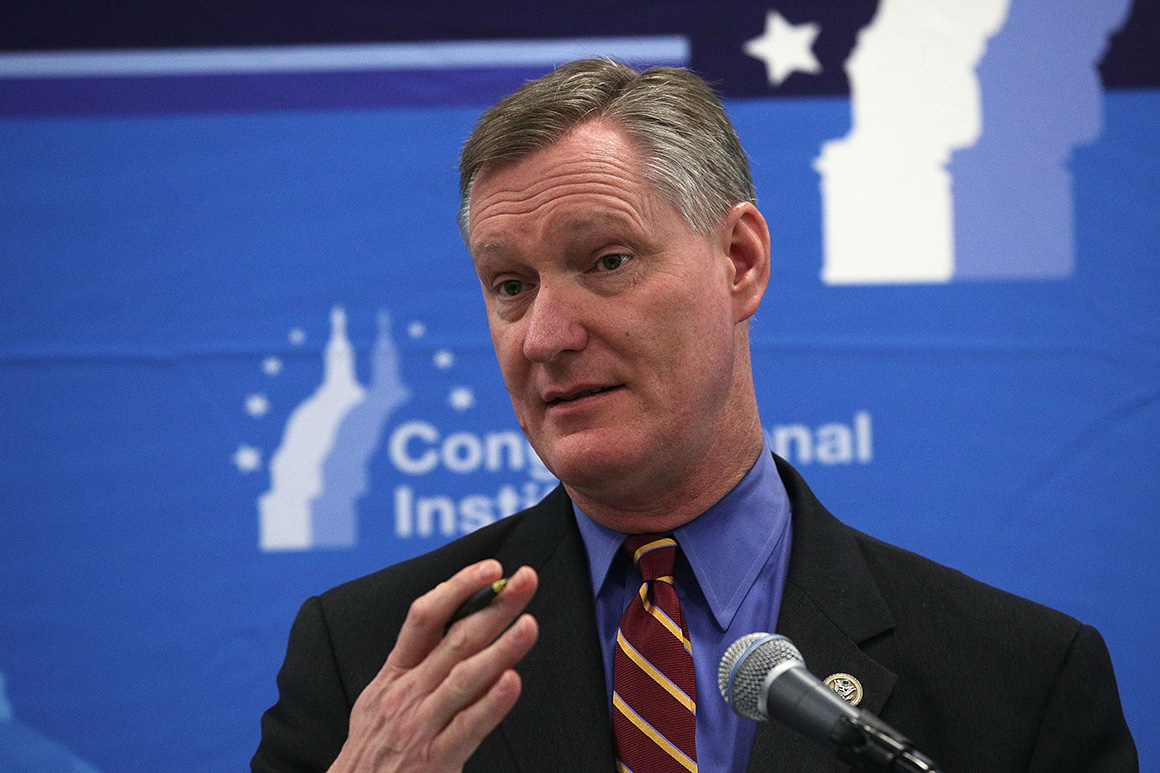 Rep. Steve Stivers (R-Ohio) is resigning from Congress next month to lead the Ohio Chamber of Commerce, deciding against running for Senate and creating a special election in his safe red seat.

Stivers, who was first elected in 2010, served as chair of the National Republican Congressional Committee during the 2018 midterm cycle, and had been a close ally of House leadership.

“Throughout my career, I've worked to promote policies that drive our economy forward, get folks to work, and put our fiscal house in order,” Stivers said in a tweet, announcing the decision. “I'm excited to announce that I will be taking on a new opportunity that allows me to continue to do that. Effective May 16, I will be leaving Congress in order to accept the position of President and CEO of the Ohio Chamber of Commerce.”

Stivers confirmed to POLITICO that he would not be running for Senate. He had been seriously considering a bid and had raised nearly $1.4 million in the first quarter of this year in anticipation of a potential run. But the GOP primary race is already crowded, and Stivers would have had a complicated fight for the nomination.

Former state Treasurer Josh Mandel and former state party chair Jane Timken are running, as are business owners Bernie Moreno and Mike Gibbons. J.D. Vance, a bestselling author and venture capitalist, Rep. Mike Turner and state Sen. Matt Dolan are among the other Republicans who have signaled interest. Multiple candidates in the field or considering running have the ability to self fund, meaning it will be an extremely expensive fight for the nomination.

News of Stivers' decision was first reported by Punchbowl News.

His departure will create a special election in a deep-red seat in central Ohio that backed former President Donald Trump by double-digit margins in both 2016 and 2020. A host of potential GOP candidates are currently in the state legislature. Names to watch: state Sens. Bob Peterson, Tim Schaffer and Stephanie Kunze, and state Reps. Jeff LaRe and Brian Stewart.

It is not likely to be a competitive race, though Stivers' departure will ease some concern by Democratic leaders over their narrow majority, which has been thinned further by other vacancies. The House is currently split between 218 Democrats and 212 Republicans. There are five vacancies, four of which were created by the departures of Democratic members.

Ohio is already hosting another special congressional election to fill the seat of former Rep. Marcia Fudge, now secretary of Housing and Urban Development for President Joe Biden. That race isn’t taking place until November, with primaries in August.

F1 setting up working group to look at track limits