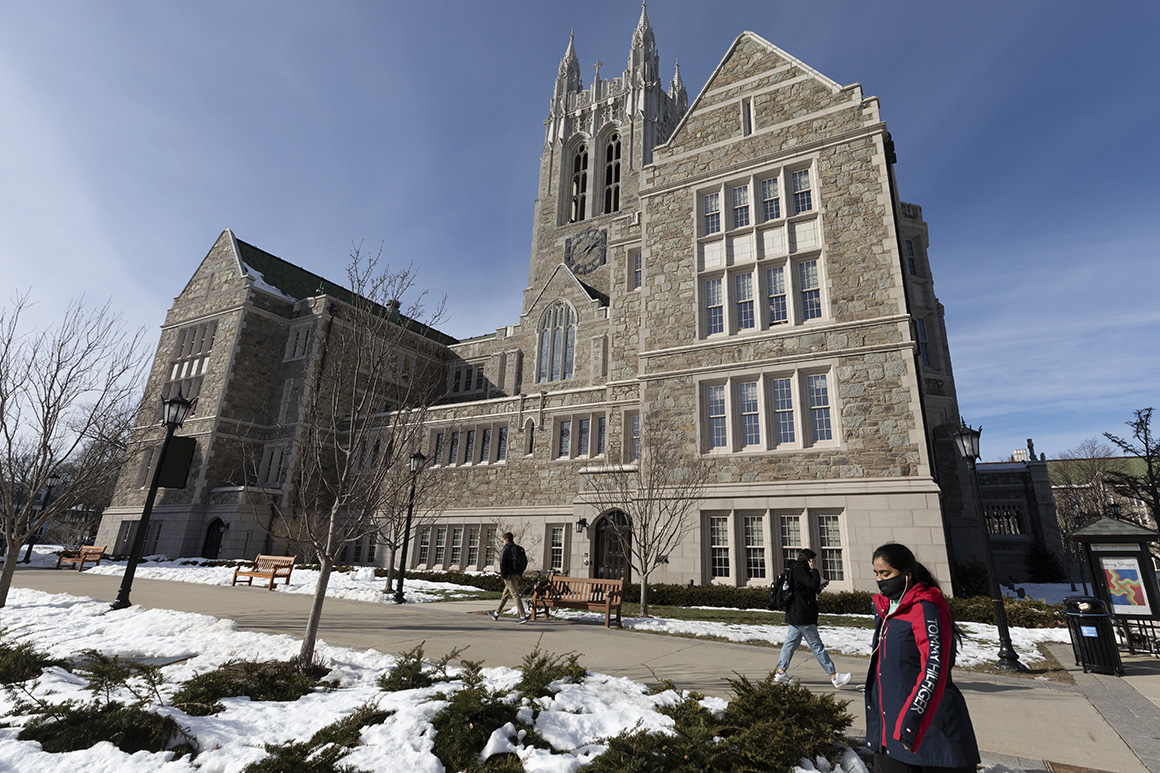 Free community college, a big hit on the campaign trail, is a key piece of President Joe Biden’s plan to rebuild the economy, and projects a blue-collar message that dovetails with his public persona and his wife’s teaching career.

It has also splintered the nation’s colleges and universities.

Community colleges also have a champion in first lady Jill Biden — who teaches at a community college in Northern Virginia. Both she and Education Secretary Miguel Cardona are headed to Dixon, Ill., on Monday to tour Sauk Valley Community College.

Education groups are hoping Biden won’t make them choose between proposals for free college and those that boost financial aid, because they’re convinced Congress can’t stomach the price tag of doing both.

“I'm concerned that there could be a food fight,” J. Noah Brown, president of the Association of Community College Trustees, said in an interview.

Organizations that represent four-year colleges are largely uninterested in making community college free. Instead, they argue the Biden administration should focus on doubling aid for the lowest-income students — and avoid siphoning off students from colleges already struggling to maintain their enrollment levels. The conflict between the two factions threatens to derail Biden’s cornerstone policy for higher education by cutting the legs out from under a free community college pitch widely popular among Democrats.

“Schools that don't have a dog in the fight aren't likely to be very excited about being part of the discussion,” Terry Hartle, senior vice president of government relations and public affairs for the American Council on Education, the main group that advocates on behalf of higher education.

Community college advocates say two years of free education beyond high school nationwide has been in the making for years and could finally remove barriers for low-income and minority students — as long as four-year colleges don’t get in the way.

Last week, Biden’s nominee to lead higher education policy at the Education Department, James Kvaal, told lawmakers on Capitol Hill that community colleges are “one of the leading purveyors of second chances in America.” He said “a new partnership between the federal government and states is needed to make sure that public colleges and universities are affordable for all students.”

Biden’s second package, the "American Families Plan," is rumored to do that by including a path to making two-year college free for all Americans. Those institutions are expected to play a key role in the nation’s economic recovery post-Covid by supporting workers who need new skills or vocational training through short-term programs.

In addition to the first lady, community colleges also have Congress’ ear. Sen. Tammy Baldwin (D-Wis.) has vowed to reintroduce her America's College Promise Act, a measure that would make community college free through a federal-state partnership similar to Biden’s proposal. The House Appropriations Labor-HHS-Education subcommittee is also holding a hearing on investing in community colleges on Tuesday.

The president has billed his still-unreleased plans as a "once-in-a-generation investment." It’s unclear whether four-year institutions will be largely left out of the spending on free college education. But the push for free two-year schooling has created a fault line over whether doubling the Pell Grant, which directs federal money to students with the greatest need, or making free community college would help the most students.

“If you doubled the maximum Pell Grant, you would ensure that low and lower-middle income students have resources to enroll in public colleges and universities,” Hartle, with the American Council on Education, said. “For the vast majority of community college students, it would mean that tuition would be free.”

All of higher education has a stake in doubling the Pell Grant, said Kevin Carey, vice president for education policy at New America, but cost is the main issue if both proposals were to pass given how they're both likely to cost tens of billions of dollars.

“The key difference is one of those has the price control mechanism in it, and the other one does not,” Carey said. “Free is the price control, you're setting a price to zero. Whereas, doubling the Pell Grant is: Here's a lot of money, but we're still operating under the ‘charge whatever you want’ system that we've had for 50 years.”

What we know about Biden’s free college pitch

Biden embraced the free community college movement on the campaign trail in 2019. Similar to Obama’s free two-year college proposal in 2015, his plan was framed as a federal-state partnership where the federal government covers 75 percent of the cost and states contribute the balance.

His initial plan classified it as a “first-dollar program”: students would be able to use Pell Grants, state money and other aid to help them cover expenses beyond tuition and fees. Nontraditional students, Dreamers and part-time students would also be eligible to partake in free community college, along with recent high school graduates.

Free community college advocates say they have plenty of buy-in across the nation to make it work. “Today we've got 337 local communities and 30 states plus the District of Columbia that are doing more than ever before for college promise tuition,” said Martha Kanter, an Obama-era higher education official who now leads College Promise, a nonpartisan nonprofit that champions the issue.

Kanter’s group unveiled its proposal Friday for a federal-state partnership to eliminate tuition and fees at public community colleges and four-year institutions.

But Hartle said Biden’s proposals face three main obstacles: cost, political pushback and whether it’ll work. “The federal government's never tried to do anything like this before in higher education."

This report was produced as part of the Higher Education Media Fellowship at the Institute for Citizens & Scholars. The Fellowship supports reporting into postsecondary career and technical education.