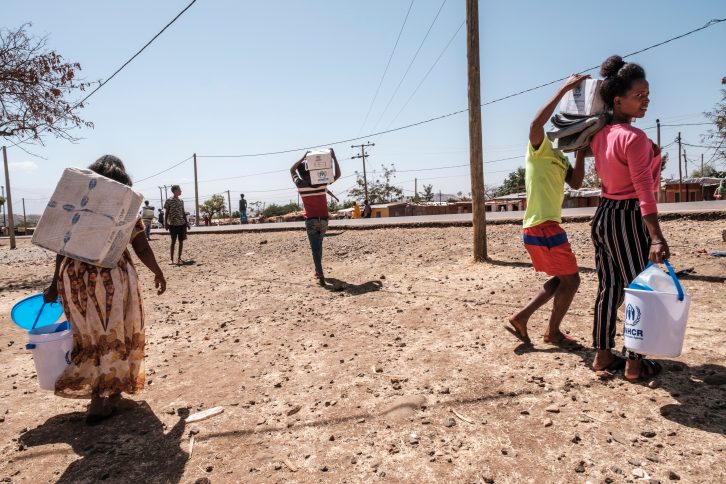 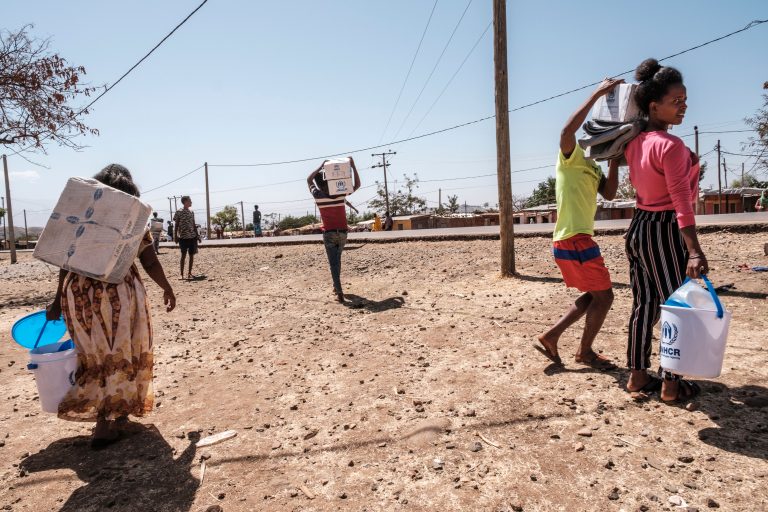 Eritrea acknowledged its troop presence in Ethiopia and announced its intention to withdraw from the country after months of denying it was involved in the human rights crisis.

The African country told the United Nations Security Council in a letter Friday that it is withdrawing its troops from the northern Ethiopian region of Tigray, the site of an ongoing humanitarian crisis.

Eritrea's admission marks the first time the country has officially said it is involved in the human rights crisis, responding to months of international and humanitarian pressure to admit to its presence in Ethiopia. Human rights organizations have accused Eritrean troops of committing atrocities against Tigrayan refugees in coordination with Ethiopian prime minister Abiy Ahmed's government. The United Nations and the United States have both demanded that Eritrea withdraw its troops to begin to alleviate the crisis.

The admission and announcement of withdrawal came one day after Mark Lowcock, the head of the United Nations Office for the Coordination of Humanitarian Affairs, told the security council that "the conflict is not over and things are not improving."

In his testimony, Lowcock said 91 percent of the region's inhabitants are faced with starvation. He also said there had not been evidence of Eritrean withdrawal, and aid workers "continue to report new atrocities." Activists and refugees in the region have accused Eritrean troops of perpetuating the conflict through massacres and sexual violence. Lowcock on Thursday accused Eritrean Defence Forces of using sexual violence "as a weapon of war."

Eritrea's ambassador to the United Nations contested "the use of sexual violence and hunger as a weapon" in her letter. The objection comes despite widespread reports of violence at the hands of the Eritrean troops. Over 800 sexual assaults have been reported since the start of the conflict, according to the region's top public health official. Lowcock said the majority of rapes were committed by men in uniform, with girls as young as eight being targeted.

The conflict began in November 2020 when the Ethiopian government sent troops into Tigray to subdue unrest over elections in the country. The resulting months have seen the destruction of historic sites, millions displaced and plunged into starvation, and widespread reports of human rights abuses perpetrated by pro-government forces. International human rights watchdogs have called for immediate intervention and for the Ethiopian government to allow aid workers into the country.

Eritrea denied for months that it was in the region. Ethiopian prime minister Abiy Ahmed, who faces accusations of war crimes, had already said in March that Eritrean troops would leave the country.

Ethiopia's deputy ambassador to the United States also resigned over the violence. He wrote in his resignation letter that his government was taking a "dark" and "disturbing" role in the crisis.

Activists called on the Biden administration and lawmakers to take more aggressive action to address the ongoing human rights crisis during several protests in Washington, D.C., over the past three months. Activists also criticized Rep. Karen Bass (D., Calif.), the chairwoman of the House Foreign Affairs Subcommittee on Africa, Global Health, and Global Human Rights, for her past praise of Ahmed. In the midst of the criticism, Bass issued a statement in early March condemning the violence and "the excessive use of force by Ethiopian security forces."

Rain, hail and thunder heading for UK as Brits can finally meet indoors