THE story of football is a fairytale, minus the happy ending.

Once upon a time, our ancestors invented and grew to love a beautifully simple game. If you wanted to engage with a club, it would have had to be one you lived close to.

Gradually, more matches were shown on television, so we could develop strong feelings about teams from further afield.

It came to matter less where you lived, you could support who you liked.

With telly becoming more important, the money the television companies had to pay for the rights to show matches got higher and higher.

This brought an awful lot of money into the game. And where there’s money to be made there will be people getting involved to make lots more of it.

That’s how we got to where we are now, with six of the clubs who regard themselves as England’s biggest, wanting to go their own way.

These rich clubs were getting richer as it was, but they want to be richer still. The poor, as ever, will get poorer. And football will be poorer for it.

If it’s all about what’s on TV, then it doesn’t matter where you’re watching that TV.

You end up with a situation where a kid from Neath, Wales, I was chatting to last summer, told me with a straight face that he was a Barcelona fan.

And without wishing to speak for the little chap, I would say he’s not much interested in watching his beloved Barcelona play Huesca.

No, all he’ll want is Barcelona v Real Madrid, or Manchester United, any of the other members of this Super League. This will be great for him at first, but it will get boring.

The whole joy of these big encounters between famous sides arises out of their rarity.

The bitterest irony of the Super League plan is that the very thing that is super about it will become less super. And all the damage it wreaks will have been for nothing. 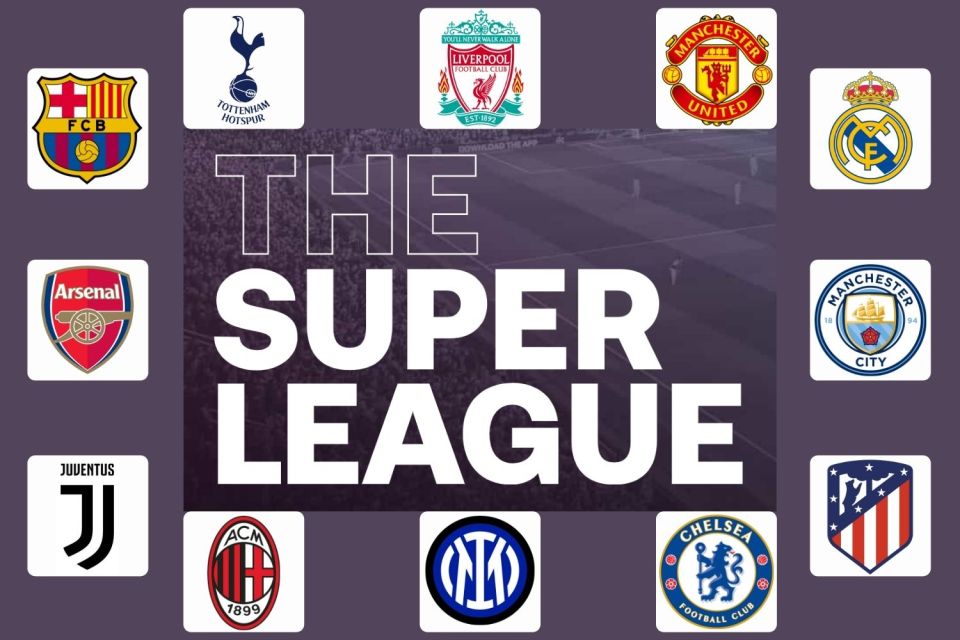 AC Milan v Arsenal will lose any lustre if it’s something that’s served up most seasons.

Maybe I’m wrong and it will be a storming success. But that kind of success would be meaningless to me and millions of others. It would be a success measured in telly audiences, pay-per-views, shirt sales and so on.

The thrill of being in an elite league is that you’ve earned the right to be there — and that’s “earned” in the sporting sense, not financially.

There’s also the dark fear that you might not do well enough to be there the following season, but that risk has been removed.

The problem is, that without fear there is no hope, without despair there is no joy. Do the masterminds behind this brainwave not understand this?

This whole tragedy sits on the critical faultline between business and sport: Business demands certainty, whereas sport demands uncertainty.

CAREFUL WHAT YOU WITH FOR

If there’s no jeopardy involved, no risk of failure, there is no meaningful sport.

In business, company bosses will do everything they can to eliminate risk and they can’t help doing the same when they get involved in sport.

To hope for them to do otherwise is fruitless. On one level I blame myself — as I’m sure other fans will too.

We should have been more careful what we wished for.

When someone comes along to take over the club we support, we mostly ask: How much money have they got?

I asked precisely that when a Chinese businessman took over my team, West Brom. 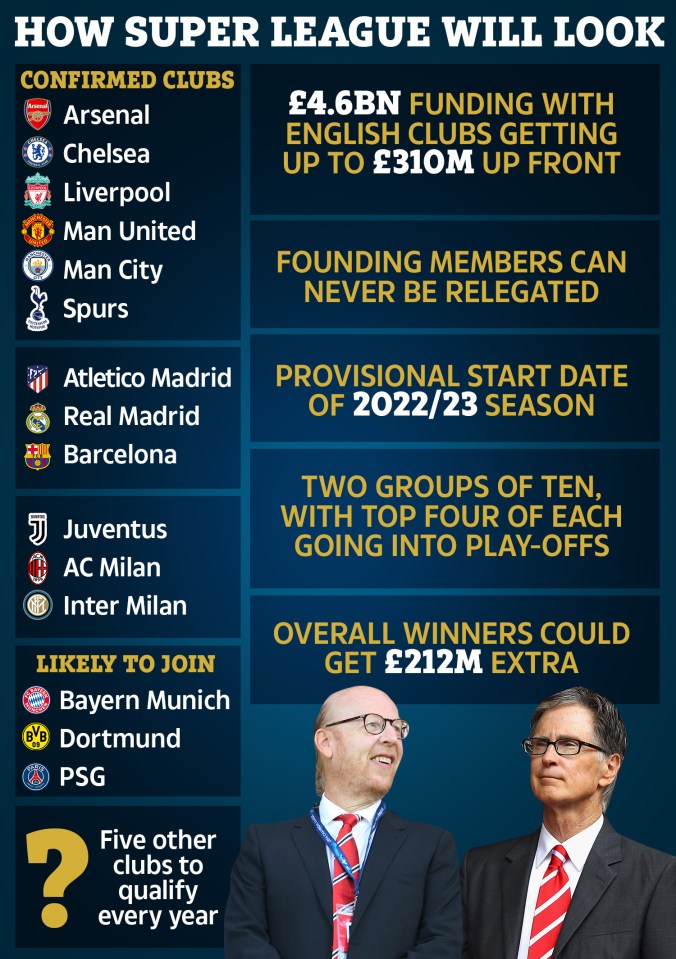 All I wanted to know was much money he had. I should have asked, does he really care about this club, and will he really do the best by it?

I feel so naïve. I thought these people cared about the game, rather than only the riches it might bring.

The money men are now on the brink of poisoning the essence of the game we love. And I haven’t got a clue what we can do about it.

I’m all for abbreviations, even if I don’t understand what they stand for.

A little bit of confusion keeps the enquiring mind ticking over. But an abbreviation needs to be shorter than that which it abbreviates.

So it makes sense for the emergency services to refer to a road traffic accident (six syllables) as an RTA (three syllables).

On Line Of Duty, however, when a couple of baddies got shot up one of the goodies radioed in that there had been GSWs.

But gee, ess, and double u comes in at a lengthy five syllables whereas gun, shot and wounds is a tidy little three. Just saying.

I RAN out of heating oil this week so I was rather cold and very smelly.

A mate very kindly said I could siphon some out of his tank. I borrowed a hosepipe and started sucking furiously.

At first nothing happened…so I sucked again a bit harder.

Success! I would have been delighted to see the oil spurting out, if it hadn’t spurted straight into my mouth.

I only mention this because, on Line Of Duty, when Ted Hastings’ team tell him about an important new lead, he expresses his approval by exclaiming: “Now we’re sucking diesel!”

I always wondered where he got this from, and now I’m sure I have no idea, because, having tried it, I can confirm there’s nothing good at all about sucking diesel.

If one thing made me proud to be British watching the Duke of Edinburgh’s funeral on Saturday, it was the adapted Land Rover which carried his coffin.

Like many things intended to convey a casual approach to formal matters, it doubtless required lots of extra money and time to pull off, but it was a stroke of genius.

I read that lots of Zoom meetings are interrupted by dogs barking.

Apparently older people are less inclined to leave the call to attend to their dogs’ needs than younger dog owners.

Zoom meetings are being interrupted by dogs barking[/caption]

This might be because younger people indulge their dogs more, it might also be because they are keener to find any excuse to get off a call, especially if it is to do with work.

There must be an app somewhere that can produce assorted noises to give you the excuse to leave calls.

I’d suggest a dog barking, cat miaowing, a door being firmly hammered on and a fire alarm going off.

Eve and Nicola are keeping it real

For work I often record interviews with people and then transcribe what they’ve said.

If you do this faithfully to what they have actually said, including all the “umms”, “aahs” and “errs”, what you are left with is almost unintelligible.

It has always interested me that in dramas this is rarely the case.

You hardly ever hear the stuff real people speak in the real world.

There are very few “umms” and “aahs”, and a cough is a rare thing indeed.

Occasionally you come across actors who manage to sound like they’re speaking normally, with random little inflexions and idiosyncrasies in the way they talk.

There are two brilliant examples.

Nicola Walker in Unforgotten and Eve Myles in Keeping Faith.

They sound real, look real, and I find them both irresistible in any every way.

I wish I had the skills and the contacts to write a drama, Nicola as the copper and Eve as a lawyer.

What a double act. It would be real.