Chelsea FC are ready to rival Manchester United for the signing of Real Madrid defender Raphael Varane in the summer, according to German journalist Christian Falk.

The France international has been regularly linked with a move to Manchester United over the past few seasons but the Red Devils haven’t been able to construct a deal.

Varane is being tipped to leave Real Madrid at the end of the 2020-21 campaign given that the World Cup winner is set to become a free agent in 18 months or so as things stand.

Chelsea FC have improved significantly under Thomas Tuchel after the former Borussia Dortmund head coach took over the reins from Frank Lampard in January.

However, Thiago Silva and Cesar Azpilicueta are in the twilight of their careers despite being regulars under Tuchel since his appointment.

Falk wrote on Twitter: “TRUE White heavy check mark Manchester United have a competitor in the Transfer-Poker for @raphaelvarane Thomas Tuchel is also interested in the Player of @realmadrid for a Transfer to @ChelseaFC” 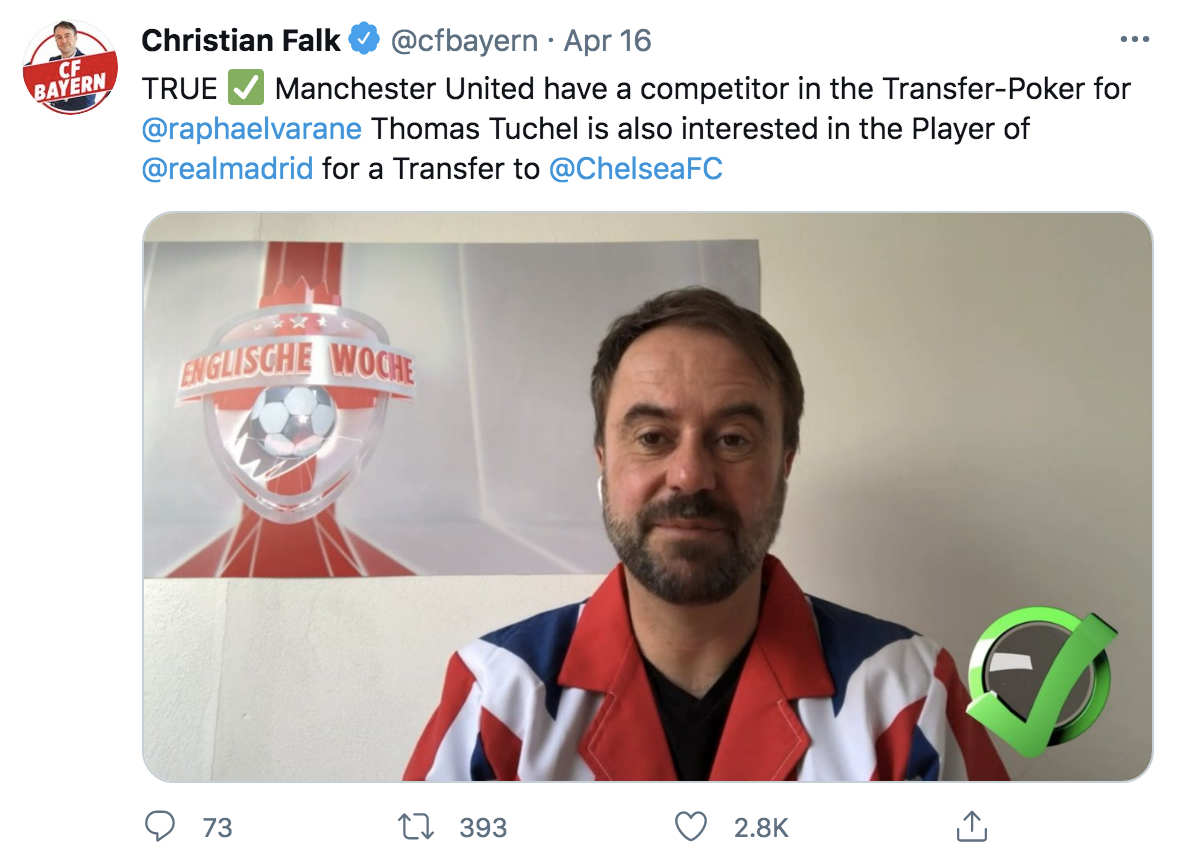 Varane was linked with a move to Manchester United in 2011 before the World Cup winner opted to swap Saint-Etienne for Real Madrid.