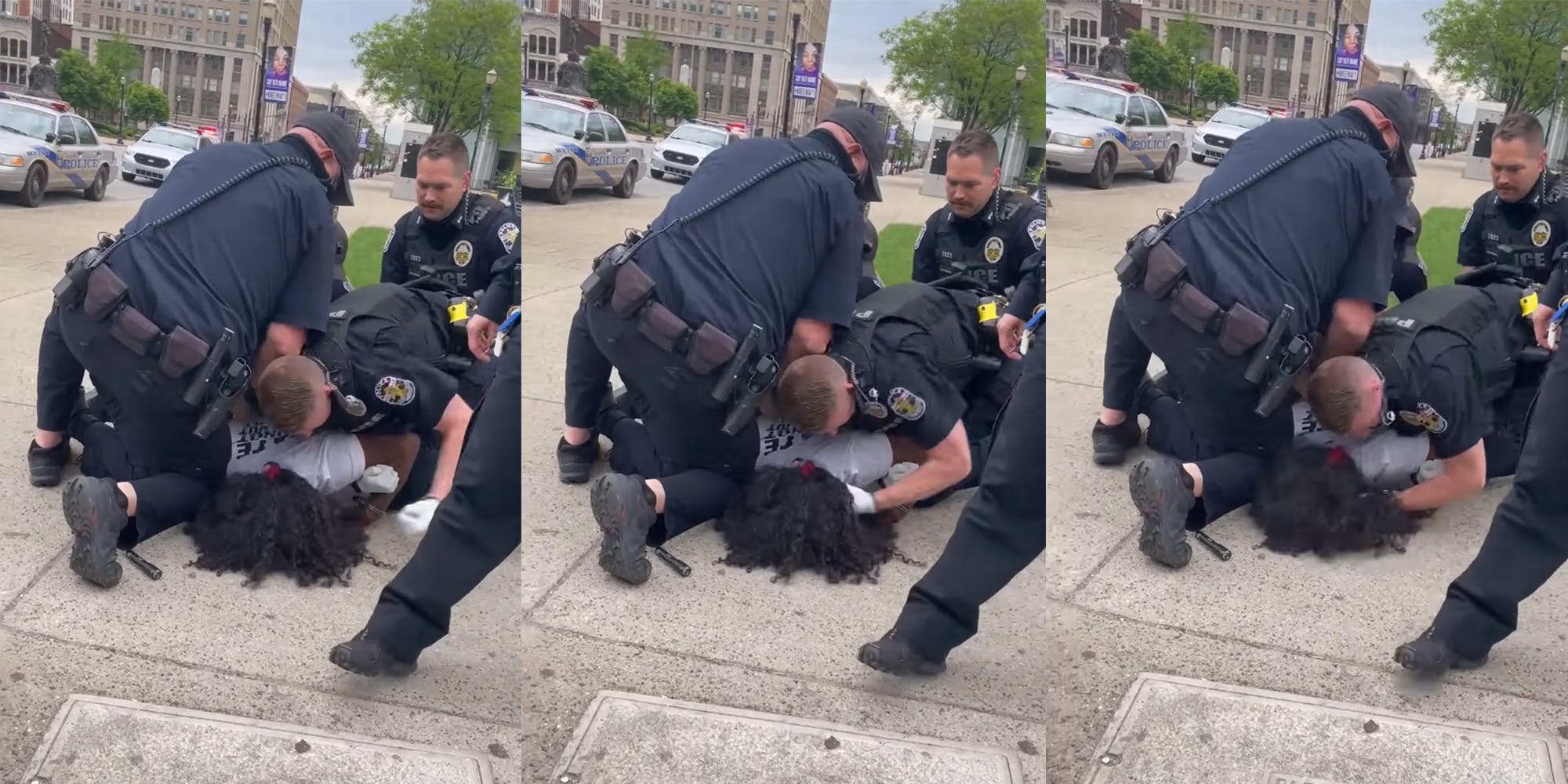 A video shows a police officer repeatedly punching a Black protester in the head who was being held face down on the ground. Several officers brought the man down and arrested him during a police brutality protest on Sunday in Louisville, Kentucky.

Jaime Hendricks recorded the video and posted it on Facebook. It shows several officers from the Louisville Metro Police Department taking into custody Denorver "Dee" Garrett, 29, on charges of disorderly conduct and resisting arrest.

Garrett was initially detained near Jefferson Square Park, the site of demonstrations over police brutality, including the death of Breonna Taylor. Taylor, 26, was killed by Louisville police in March 2020 during a raid on her apartment.

The video shows an officer attempting to handcuff Garrett. The officer tells Garrett to "stop flexing." The officer then yells "stop," and multiple officers drive Garrett to the ground. The handcuffing officer punches Garrett's head at least four times while onlookers yell at the police.

"You fucking broke his glasses, you pieces of shit," a person says behind hte camera as the officers take Garrett away.

WLKY reported on court records in which police state Garrett "was standing in the middle of the street with a large wooden cross. They said he was causing safety issues to motorists, resulting in the officers intervening."

Police said in the statement that Garrett "resisted officer's movements" to handcuff him on the ground.

Who decides what s in the dictionary? - Ilan Stavans