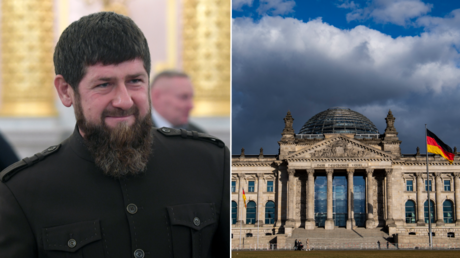 Five officials close to Chechen head Ramzan Kadyrov have become targets of a claim filed by LGBT rights activists in Germany over accusations that the authorities are responsible for persecution on the basis of sexual orientation.

Campaigners from the Russian LGBT Network and the European Center for Constitutional and Human Rights (ECCHR), a Berlin-based NGO, are demanding the end of alleged crimes against humanity, with the activists claiming that Chechen authorities and its military have committed persecution, unlawful arrests, torture and sexual violence, as well as accusing them of incitement to murder. Chechnya, a majority-Muslim republic, is located around 1,500 kilometers south of Moscow.

As reported by the Guardian, which saw the 97-page statement issued by the activists, the case could not only see Chechen officials be charged, but may lead to those deemed to be persecuted being granted asylum in Europe.

In particular, two of the officials named in the claim are regional deputy PM Abuzaid Vismuradov and parliament chairman Magomed Daudov. Those who are targeted face arrest upon arrival in Germany.

“If no other jurisdiction investigates, Germany is able and must be willing to take over tasks, representing thereby Europe and the international community,” ECCHR founder Wolfgang Kaleck told the Guardian.

Accusations over the mistreatment of people in Chechnya on the basis of their sexual orientation came to the fore in April 2017, when the newspaper Novaya Gazetta reported on alleged homophobic murders and mass detentions. The report was slammed by local authorities as a “lie,” with the Chechen Interior Ministry head Magomed Deniev suggesting it could be an April Fool’s joke. Two years later, the Russian LGBT network claimed another 40 people had been detained in the republic, a claim which the government spokesman Alvi Karimov called “absurd.”

In 2020, Washington added Kadyrov to its sanctions blacklist, with then-US Secretary of State Mike Pompeo declaring he “is responsible for numerous gross violations of human rights.”

A year later, in March 2021, the EU sanctioned two Chechen officials, also for alleged involvement in serious human rights violations. These figures, former police chief Ayub Kataev and deputy prime minister Vismuradov, are also named in the new ECCHR claim. According to the EU, these two men are responsible for “widespread and systematic persecutions” of LGBT people.