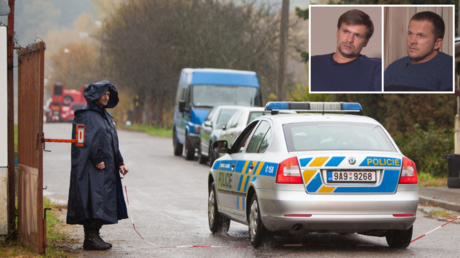 Authorities in Prague have said they believe a 2014 blast at an ammunition depot was accidental, but doubled down on previous claims that Russian special services were involved as part of a plot to destroy arms exports to Ukraine.

On Sunday, the Ceske Noviny news site reported the comments from Czech interior minister Jan Hamáček, who said that there was still sufficient evidence to claim Moscow's spies were behind the incident. However, he is said to have confirmed that police are working on the theory that the ammunition was supposed to blow up once it had been shipped out of the country to a buyer.

Two blasts rocked the weapons complex in Vrbětice, in the south of Czechia, two months apart in October and December 2014. On Saturday, Prague announced that it would expel 18 Russian diplomats from the country, over suspicions that Moscow's 'intelligence officers' had co-ordinated the explosions. The move came just days after the US and Russia declared ten of each others' envoys to be persona non grata and sent them home amid escalating political tensions.

Two people died at Vrbětice in the first of the two explosions, which destroyed munitions that were said to be en route to Bulgaria. From there, it is claimed that the shipment would have been delivered to a businessman intent on supplying weaponry to Ukraine to support fighting in the east of the country.

Czech police have put two Russian citizens on the wanted list over the incident, Alexander Petrov and Ruslan Boshirov. The pair were previously identified by the British government as being behind alleged attempts to poison former double agent Sergey Skripal with the nerve agent Novichok in 2018. London, and now Prague, claim they are agents of the GRU, Russia's military intelligence agency. They previously denied these claims in an explosive interview with RT, insisting they had simply visited Salisbury, where Skripal lived, on two separate occasions within a week as tourists.

EU Foreign Ministers are set to discuss the allegations being brought by Czech officials. Meanwhile, Russia has ordered 20 of Prague's diplomats to leave Moscow in a tit-for-tat expulsion.

Dave Bautista: Being Cast in ‘Knives Out 2’ ‘Feels Terrifying,’ but It’s Also ‘Validation’