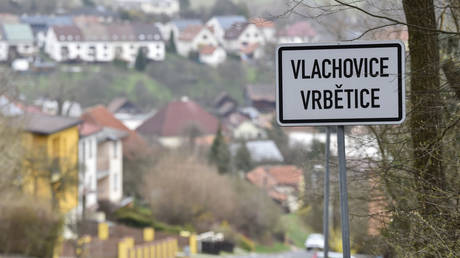 Russia “did not attack” the Czech Republic and the 2014 explosions at the Vrbětice arms depot were “not state terrorism,” Czech Prime Minister Andrej Babis told reporters, but insisted the ‘GRU’ was still involved in the blast.

He maintained, however, that the presence of ‘GRU’ agents in Czechia is “absolutely unacceptable” and that they “messed up” the alleged attack.

Babis’ remarks seemed to be a partial climb-down from Prague’s position over the weekend, as Czechia expelled 18 Russian diplomats and blamed the seven-year-old incident on alleged agents of Russian military intelligence – the same two fingered by the NATO-backed outfit Bellingcat as culprits in the 2018 Salisbury 'novichok poisoning' incident.

The current theory held by the Czech police was that the weapons, owned by a Bulgarian arms dealer, were rigged to explode once they were delivered to a buyer in a third country, but there was still “sufficient evidence” to believe Moscow’s spies were behind it, Interior Minister Jan Hamacek told Ceske Noviny on Sunday.

Two people died in the first of the two explosions at Vrbetice, in October 2014. Another blast took place at the depot in December that year. The munitions affected were owned by a Bulgarian arms dealer, and their final destination was rumored to be Ukraine or Syria. 'GRU’ is the Cold War-era name of Russian military intelligence, which was changed to GU in 2010.

Czechia has now accused Alexander Petrov and Ruslan Boshirov – said by Bellingcat to be the culprits for the alleged poisoning of former double agent Sergei Skripal and his daughter Yulia in the UK – of masterminding the Vrbetice blasts as well. Moscow has denied the allegations and, in response, ordered 20 Czech diplomats to leave Russia.

Hamacek – who is also the acting Czech foreign minister – was taken aback by the retaliation, saying it was “stronger than we expected” and complaining that Czechia was a “victim of Russian operations” at a press conference after the meeting of EU foreign ministers.

The surprise claim by the Czechs seems to have derailed both a bid by Russia’s atomic energy developer Rosatom to build a power plant at Dukovany, and the planned trip by Hamacek to Moscow, for talks about providing Prague with the Sputnik V coronavirus vaccine.

“I made it clear that I did not like the trip to Moscow. I did not want Jan Hamacek to fly to Moscow. In the end, it turned out that he’s not going,” Babis said on Monday.

VIDEO: BLM Militants Draw AR-15s And AK-47s On Portland Motorists; No Police On Scene As Reign Of Terror Continues