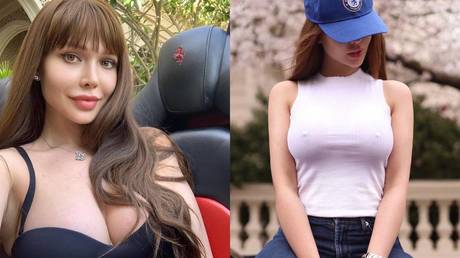 Russian Playboy model and OnlyFans star Maria Liman has expressed her admiration after Premier League giants Chelsea reaching the final of the FA Cup, beating top-of-the-table Manchester City at Wembley over the weekend.

Liman, who was voted one of the sexiest fans of the 2018 FIFA World Cup in Russia, has shown she’s a big football fan by closely following the sport’s major events.

The model dedicated an Instagram post to the Blues, asking her followers to guess who they’ll face in the tournament’s final.

“Congratulations @chelseafc on a beautiful victory.” Liman wrote alongside a photo of herself posing in a tight-fitting white t-shirt.

The model shot to internet fame during the World Cup after pictures of her cheering for her national team emerged online.

Chelsea reached the final with a 1-0 win over City on Saturday, ending their rivals' bid for a quadruple set of trophies this season.

Hakim Ziyech scored the winning goal in the 55th minute to secure his side's victory in the heavyweight showdown.

Chelsea will face Leicester in the final, when Liman will undoubtedly be cheering them on again.

Biden said he'll cut down on unemployment benefits, but he really might reinstate a pre-pandemic job-seeking policy