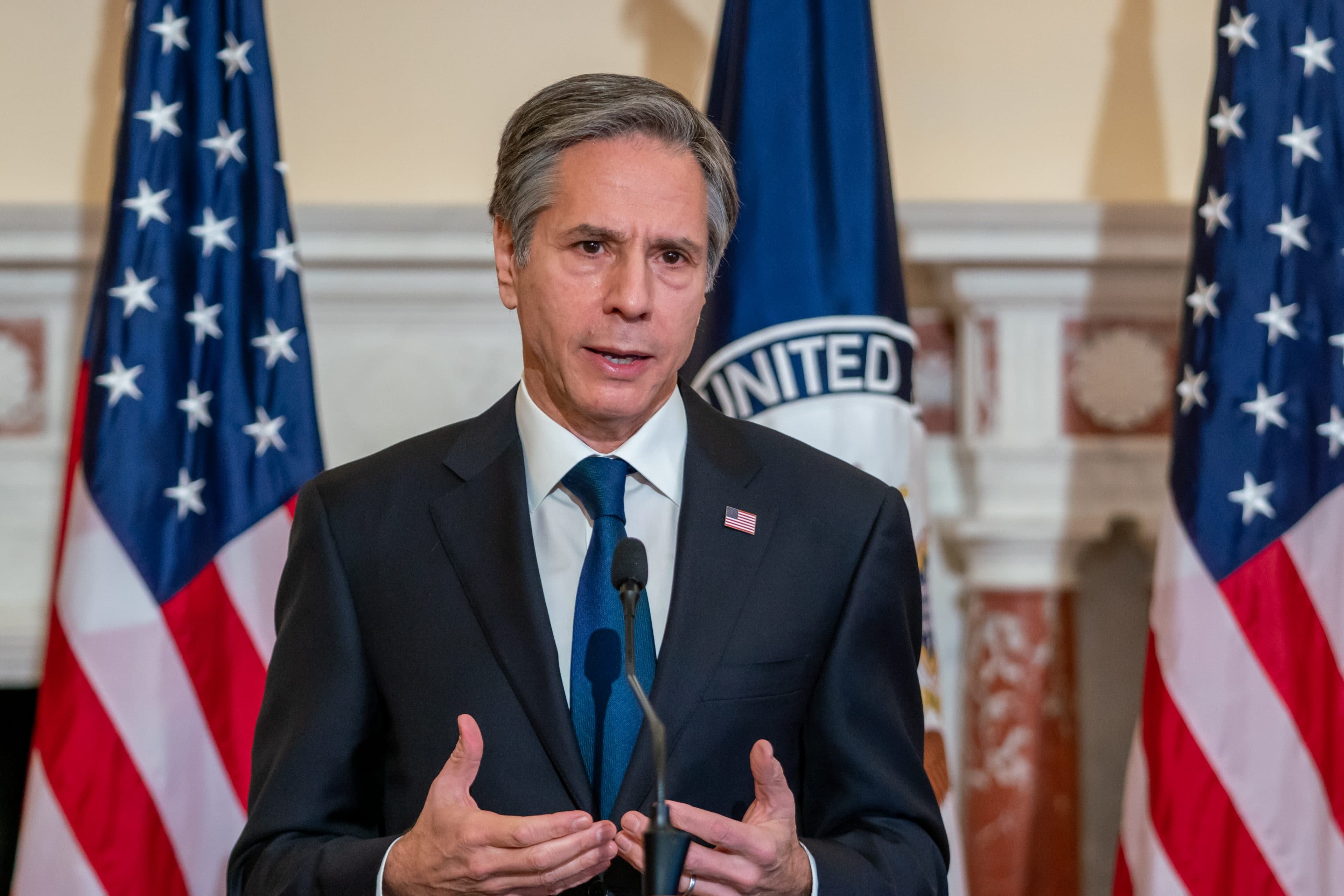 Secretary of State Antony Blinken wants to revitalize the US’ alliances to counter modern threats, including economic coercion, disinformation and climate change.

In a speech on March 24 in Brussels, Blinken affirmed America’s commitment to NATO and allies around the world. He urged nations to cooperate in the face of increasingly complex challenges.

“The world looks very different than it did decades ago, when we forged many of our alliances,” Blinken said after meeting with NATO allies. “But that’s the great strength of our alliances: they were built to adapt — to keep evolving as new challenges emerge.”

Those challenges include the Russian government’s disinformation campaigns that seek to undermine elections and the People’s Republic of China’s use of economic coercion and cyberattacks to bully countries and steal intellectual property, Blinken said.

To face these challenges, Blinken called for expanded partnerships that include additional countries and the private sector. “History tells us that, when we (support one another), more countries will opt for the open and secure spaces that we build together.”

The Biden administration is deepening ties with partners around the world. On March 12, President Biden held the first leaders summit of the Quad, the United States’ partnership with Australia, India and Japan.

Blinken and Defense Secretary Lloyd Austin met in March with senior officials in Japan and the Republic of Korea. Subsequently, Blinken met with counterparts at NATO’s meeting of foreign ministers.

In his NATO speech, Blinken said allies must maintain a strong and credible military deterrent, and counter economic and technological threats, including disinformation.

Collaboration is already underway, Blinken said, noting that the partnership between American and German pharmaceutical companies Pfizer and BioNTech delivered a safe and effective vaccine against COVID-19. The United States and other nations are also partnering with the COVID-19 Vaccine Global Access (COVAX) Facility to distribute vaccines to low- and middle-income countries. Building on an initial contribution of $2 billion to the global vaccine alliance Gavi in support of COVAX, the United States will contribute an additional $2 billion to Gavi through 2022, for a total of $4 billion.

“We’ve spent decades developing relationships with countries that share our values in every part of the globe,” Blinken said. “This is why we invested so much in these partnerships — so we can come together in innovative ways to solve new challenges like these.”

Minneapolis becomes fortress ahead of verdict in George Floyd trial