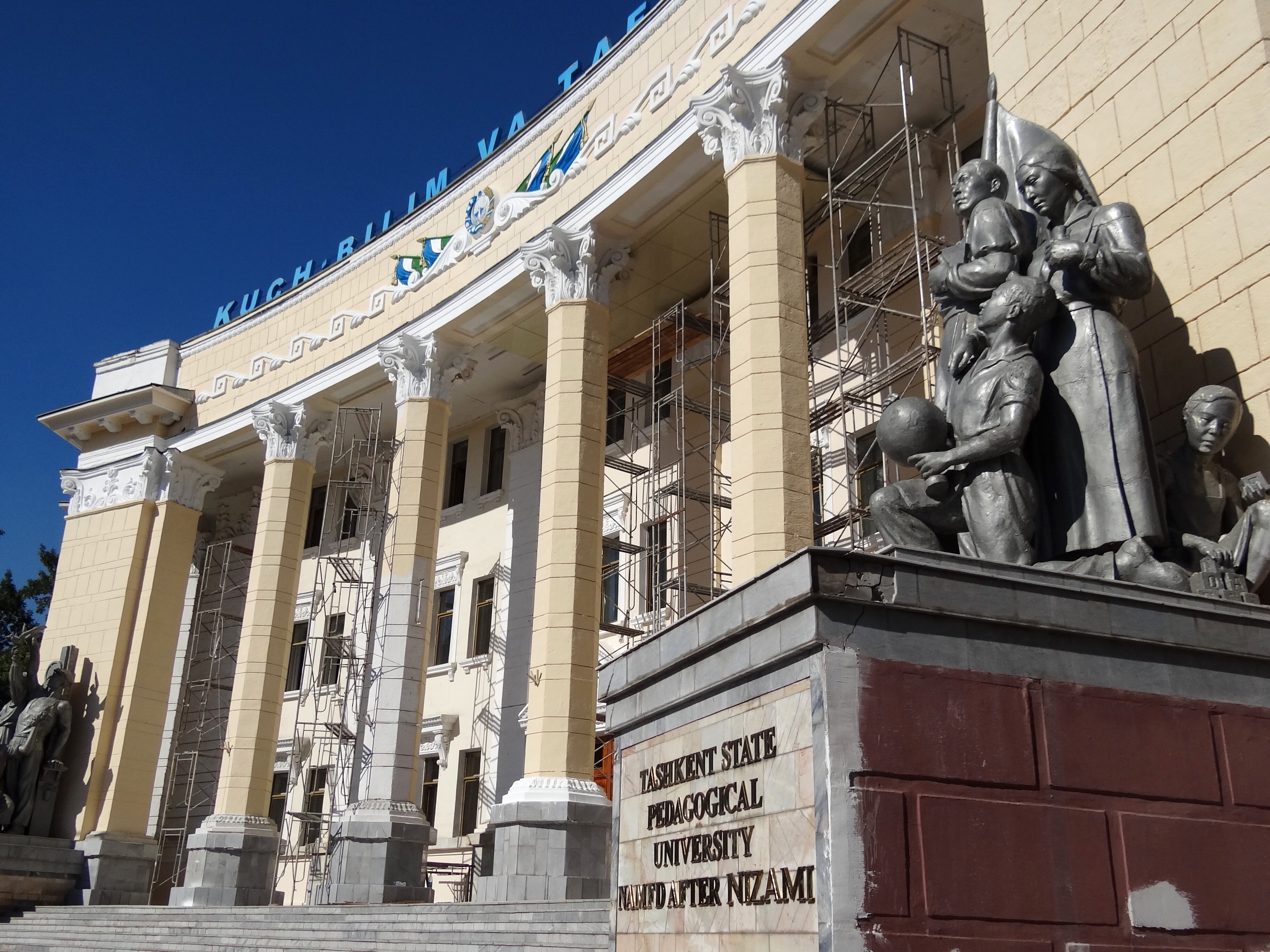 The period of rapid globalization that the world continues to experience requires renewal and a greater form of integration in every field. To achieve those goals, innovative thinking and a collective innovative environment are key factors.

When addressing the aforementioned issues, in regards to Uzbekistan, the country’s President Shavkat Mirziyoyev recently noted that “the most important task is to form an innovative way of thinking in the minds of our people. Without innovation, there will be no development and no competition.”

Collective innovation is, in essence, the full integration of certain social and economic sectors that create conditions for original innovations, most of which stem from long-standing scientific and educational traditions and through the development of a principle of “knowledge through science”.

The world has shown that integration of innovative knowledge agendas begin with an idea that arises from a deep understanding of the problems being faced, and active cooperation by specialized personnel that help ensure robust social and economic growth.

In the case of Uzbekistan, the path towards the full integration of science and education was launched in 2020 when a total of 162 action plans were developed by many of the country’s leading academics from the Academy of Sciences and corresponding members of the Uzbek Agricultural Research and Production Center.

The plans involve the engagement of scientists in the educational process, as well as the gradual rejuvenation of science and its widespread dissemination to the public, which have been and will continue to be published in Uzbekistan’s newspapers and web portals, as well as broadcast on its radio and television stations.

Furthermore, Uzbekistan’s universities have been the needed autonomy to integrate education and science into the general public’s consciousness. The functions of state control in the fields of education and science will be drastically reduced year by year to create ample opportunities for free innovative activities. This will help to ensure
the further that the integration of education and science becomes a reality, while at the same time, overcoming certain existing restrictions that talented young people in Uzbekistan experience.

The main purpose of the initiative is to promote scientific activities and to strengthen the selection of highly qualified individuals for doctoral programs. By doing so, Uzbekistan’s universities will take a step close towards enhancing new research institutions in the country.

One of the most important elements of the Uzbek government’s plans is to establish financial incentives and public advocacy that are aimed at raising the social status of scientific and research specialists in the country.

There have already been tangible results from the ongoing initiatives as a rapidly increasing number of young people are becoming more interested in scientific research as the awarding of academic degrees has increased five times over the past five years.

The share of Uzbek youths that are currently taking part in research projects at prestigious international universities, or who are engaged in industrial activities, is growing. These numbers are expected to double in the next half-decade. The hope is that when they return to Uzbekistan, their experience gained abroad will help jump-start innovative scientific and educational development in the country.

One of the key factors in the further development of Uzbekistan’s innovation drive is the increasing number of women who are actively taking part in the country’s scientific activities. The current percentage of Uzbek women who are actively a part in science-based education stands at about 40%; 31% for DSs, 36% for PhDs.

Features and Dynamics of Integration

The role of the state over the supervision of universities has been gradually reduced in recent years. A conscious decision was made, at the political level, to give universities the authority to independently approve academic degrees and academic titles. The process
is expected to be done gradually, but within the next 10 years, the expectation is that it will be possible for Uzbekistan’s educational establishments to increase their research and innovation potential, while also attracting foreign professors and create the groundwork for further integration into the international education realm.

In 2019, the National University of Uzbekistan for Binary DefenSe was authorized to independently approve candidates for PhD and DS degrees. That was followed up in 2020 when the institutes of Mathematics, Plant Chemistry, Polymer Chemistry and Physics,  Biophysics and Biochemistry, Botanical Research and Mineral Resources, as well as Uzbekistan National University, Karakalpak State University and the Tashkent University of Information Technologies, were given the right to certify employees with academic titles.

The Academy of Sciences of Uzbekistan has developed 39 approved projects for the commercialization of research results and their introduction into the state economy. Each belongs to different sectors of the economy and are expected to be implemented in collaboration with manufacturers and scientists.

The importance of becoming an educational and innovative player in the world through science is critical to a young country like Uzbekistan. In order to do so, the country is working towards boosting its international profile by encouraging Uzbek scientists to pursue professional opportunities abroad.

In February 2020, the first young Uzbek scientist, Aziza Shanazarova, was hired by Columbia University, one of the US’ most highly-rated institutes of higher education. A second young scientist, Jamshid Jambulov, was admitted to Harvard’s, the most prestigious university in the world, medical faculty.

Over the past three years, more than 3,000 young Uzbeks have had the opportunity to pursue their educations at top universities in the US, France, Italy, Spain, Germany, Denmark, Austria, the Czech Republic, and the Baltic countries of Estonia, Latvia, and Lithuania.

Uzbekistan is following the experience that many developed countries including, South Korea, China, Turkey, Indonesia, Israel, and Singapore, successfully used in previous decades to encourage young people to study abroad, return home and use their experience to push their respective countries forward economically.

Relations with international organizations such as UNESCO, the IAEA, MAAN and TWAS have been bolstered in the last several yeats. Joint cooperation between research institutions of the Academy of Sciences, along with leading research centers and foreing organizations, continue to be enhanced. South Korean and Turkish companies have already signed memorandums of cooperation and investment agreements worth $236.6 million.

Bilateral relations between the Academy of Sciences of Uzbekistan and international research centers have been strengthened over the last decade. An Uzbek-Chinese center for the production of pharmaceuticals has already been opened, and joint Uzbek-Chinese research laboratories have been established at a number of institutes.

A number of startup platforms have been established in Uzbekistan in the last several years, including the Tech Central Asia Tashkent Startup Project Competition. This is being carried out in partnership with the Turkish Council for Scientific and Technological Research and the Embassy of the United States. Startup initiatives are also underway in partnership with the Chamber of Commerce and Industry and the United Nations Development Program.

Links with international partners, a factor that is paramount for a startup ecosystem, also support government initiatives to develop venture funds.

An important area towards the full commercialization of scientific developments in Uzbekistan, and their introduction into production, includes:

– the participation of a trio of “scientist-entrepreneur-banks”;

– The launch of a portal “customer-researcher-investor” portal

Dozens of foreign companies are becoming more interested interested in the development of Uzbekistan’s scientific sector every year . In particular, ,emorandums of cooperation with companies from South Korea, Turkey, Armenia, Israel, Poland, Russia, China and India  – worth a total of $109.5 million in investments – have already been signed.

In 2019, in cooperation with the Organization of Islamic Cooperation, an inaugural for the international robotics competition was held and attended by 160 foreign participants from 24 countries. The event, as can be expeced, helped raise Uzbekistan’s profile with potential foreign investors.

The Youth Academy and the Fund for Support of Talented Youth, both of which are guided by the Ministry of Innovative Development, were established to, in part, found youth technoparks around Uzbekistan in the hope that young people in regions outside of the capital Tashkent gain more interest in scientific innovation and technological knowledge.  The anticiaption is that the young people of the country come to understand that the integration of education and innovation; science and industry, is a step-by-step process and its first step is to understand exactly the dynamics of an innovative ecosystem, while preparing the legal framework for its creation and its participants on human resources.

All of these efforts are aimed at building new and long-term educational standards that will ultimately have a profound impact o the young people and development of Uzbekistan. What remains critical to this development is that the state, unlike in the past, has begun to act as a general customer, rather than a general inspector. This is important and tangible proof that a healthy developmental environment is being carried out in the country.

As it stands today, the strategic task for Uzbekistan is to push forward in a forward-looking way, while integrating and merging its education, science and industries in a way that guarantees future success, all of which is and will play an important role in achieving the country’s ambitious development goals.

Chelsea to pull out of European Super League: reports